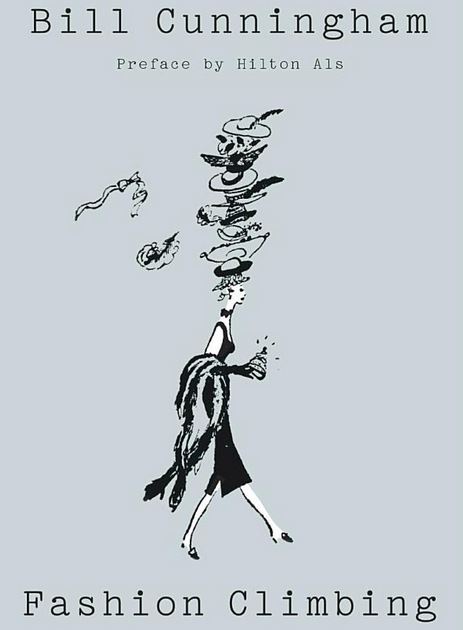 In this book, you meet a different Bill Cunningham than the one presented in the documentary, Bill Cunningham New York, or in his New York Times photos.  This is a memoir of his early years in New York when he was making his way as a milliner, working as a designer and not a chronicler of other people’s work.  It’s not clear when the book was written, but the story ends in the mid-1960s when Cunningham had to give up making hats (women weren’t wearing them anymore) and make the move to journalism at Women’s Wear Daily.  His work at the New York Times doesn’t figure at all.

In the documentary, Cunningham appeared as a monk-like aesthete, happy in his own company and in his status as an observer.  This book shows a very different figure.  He loved to party and especially loved to design outrageous costumes.  His charm and connections were essential to his success. He was such a successful raconteur that he talked his Army commanders into making him a tour guide for fellow soldiers in Europe during his two year military service in the early fifties.

The book also reveals a darker side to his character than the saintly figure I saw in the film. Cunningham holds a lot of grudges against fashion industry gatekeepers. Both fashion powerhouse Eleanor Lambert and New York Times fashion writer Eugenia Sheppard come off badly. He often rails against the wealthy older “dowagers” who formed the mainstay of his business, since they did not appreciate his avant-garde work.  Indeed, sometimes his prose is quite ageist, with jabs against “stuffy old ladies complaining about matching their coats and suits.”(92) 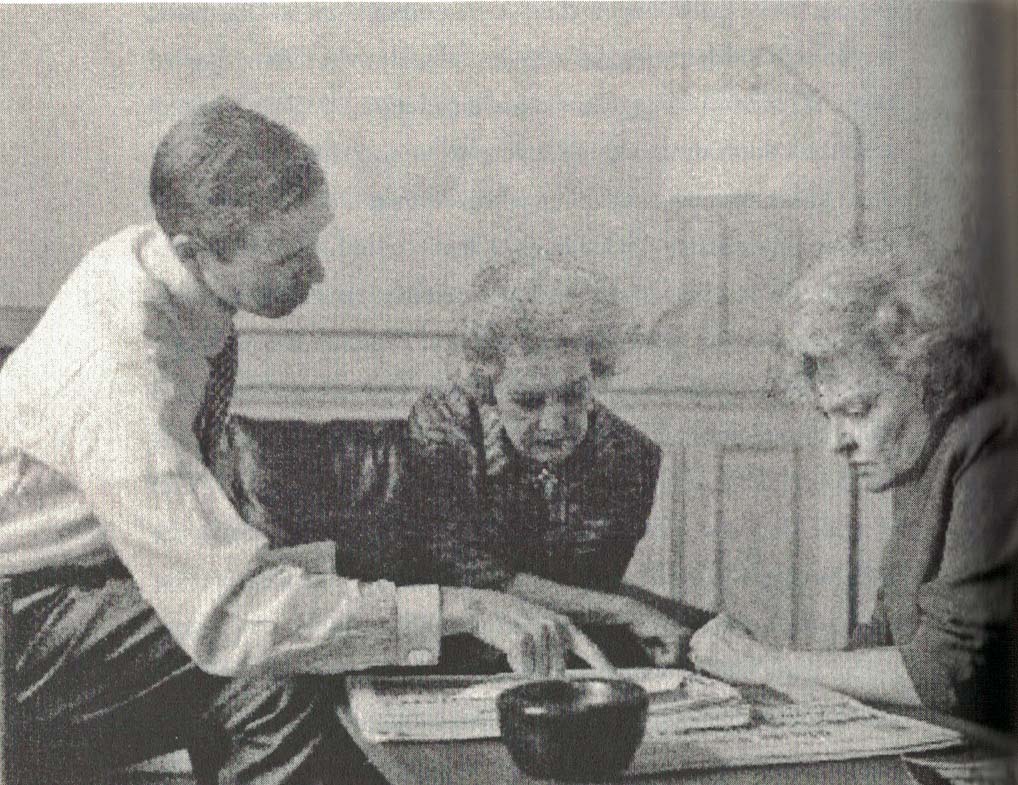 Cunningham with Nona Park and Sophie Shonnard of Chez Ninon (I think). Click to enlarge

The most vivid figures in the book, besides Cunningham himself, are the two women who ran Chez Ninon, a custom couture business in New York.  They took him under their wing when he first arrived in the city and directed customers to him during his millinery career.  Although their taste was quite conservative compared to his, he valued their keen eye and insistence on quality.

The book is filled with photographs.  Some are by Cunningham and others by Anthony Mack, whose existence is never mentioned in the body of the book.  (Lover? Business partner? Random by-stander?) There are no dates on any pictures, and it’s not even made clear who is in them.  There’s no index either.  All of this gave me the sense that the manuscript was rushed to publication.  Just a little more work would have made it a much more valuable historical source.

I learned a lot about the fashion industry of the late forties to the mid-sixties from this book and definitely gained insights into what it meant to start and run a successful business.  But in the end, I liked Cunningham less after reading this memoir. “It takes superb posture and carriage, plus exquisite manners and generations of good breeding, to carry off high fashion,” he writes on the last page. “You can’t slipcover a pig and expect it not to grunt.” (237) Really? Good breeding? Say it ain’t so, Bill.

The Full Fancy at the Airport, 1963
The Cheerful Granny at Christmas, 1957
Hiking in Pearls, Late Fifties or Early Sixties
This entry was posted in 1940s, 1950s, 1960s and tagged designers, New York, photography. Bookmark the permalink.