Since starting this project, I’ve read a lot of books and articles on what older women should wear.  Although the categories are fluid, I’ve broken this literature into three large schools of thought: 1) Act your Age; 2) Fool the Eye and 3) Be Yourself.

While all of these philosophies co-exist from 1900 to the present, the advice to dress according to your age was most explicit at the beginning of the twentieth century. Older women who attempted to act too young were not treated kindly by fashion experts. “Never does the woman of advanced years forfeit the respect due her so much as when she is aping juvenility or coveting the prerogatives of youth.” (Ladies Home Journal, March 1900, 10).

Older women frequently confronted long lists of fashion “don’ts.” They were told not to wear colors that looked too young, like pink.  They were warned not to trim their hats with flowers evocative of youth, such as daisies.  And most of all, they were told to dress with “dignity.”

What exactly did that mean? For Ladies Home Journal fashion advisor Virginia Ralston, dignity meant that older women should never pick the most fashion forward of styles.  “[O]ne should say to oneself honestly, ‘I can no longer wear bright pink or bolero jackets, so I will put them away just as I have gradually put other things in my life away since my doll days.’” (LHJ, Nov. 1908, 99). Choose the longer length, the more modest hat, the subtler color, she advised. 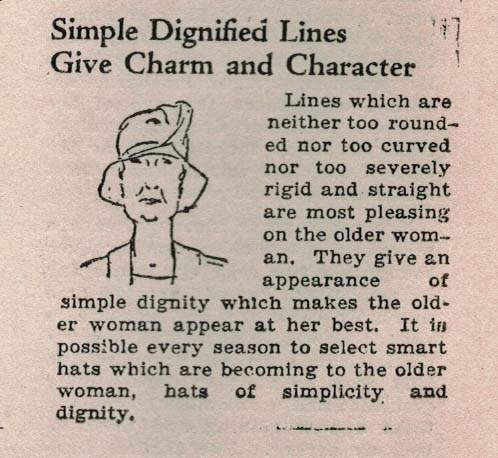 Laurene Hempstead, The Ages of Women, 1929. Click to enlarge 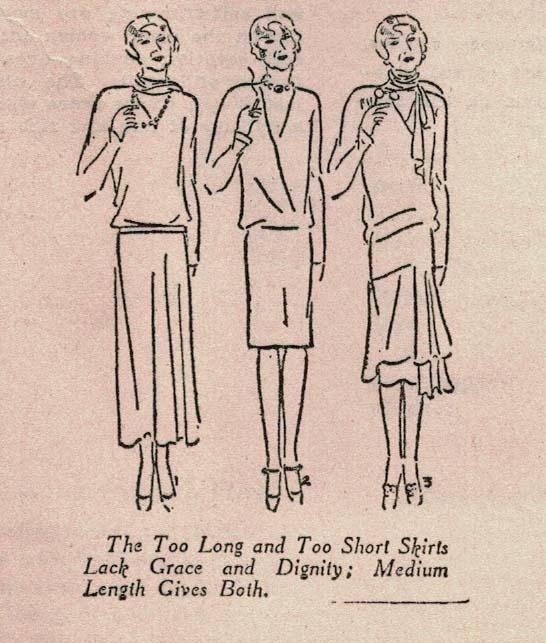 Laurene Hempstead, The Ages of Women, 1929. Click to enlarge

“Dignity” was also a key word in Laurene Hempstead’s fascinating 1929 book, The Ages of Women: How to Meet their Apparel Problems. For her, dignity meant finding a pleasing middle ground between old fashioned looks and trendier styles.

The notion that certain trends were not appropriate for the older set remained long after “dignity” disappeared from fashion writing.  No pants in the fifties, no short skirts in the sixties, no disco gowns in the seventies—I have encountered all of these strictures in my reading. 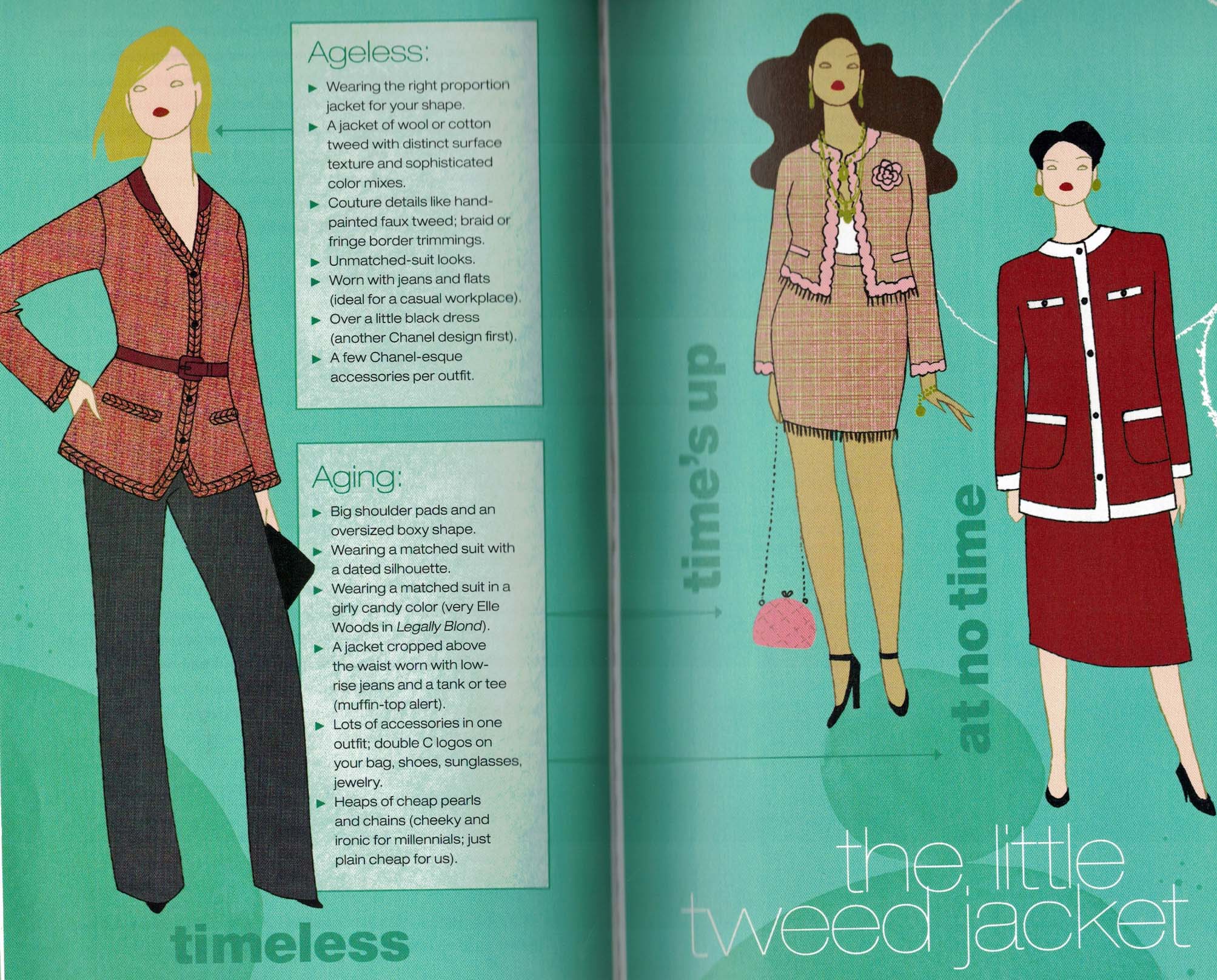 And what about today? The language might have changed, but some fashion writers still caution that certain styles won’t work on aging bodies. “While there may no longer be any tried-and-true rules or prescription for dressing appropriately (at any age), for us there should be,” writes Kendall Farr in Style Evolution. “Ladies, some stuff simply doesn’t work anymore.” (vi) Dressing too young is aging, she insists.  She includes many “ageless” alternatives to popular styles in her 2009 book.

I hope my age group remembers this advice when looking at the current craze for crop tops.

Be Who You Are: The End of Fashion Advice?
The Stretch & Sew Empire
Book Review—Fashion: A Timeline in Photographs, 1850 to Now by Caroline Rennolds Milbank

This entry was posted in General and tagged advice literature, terminology. Bookmark the permalink.