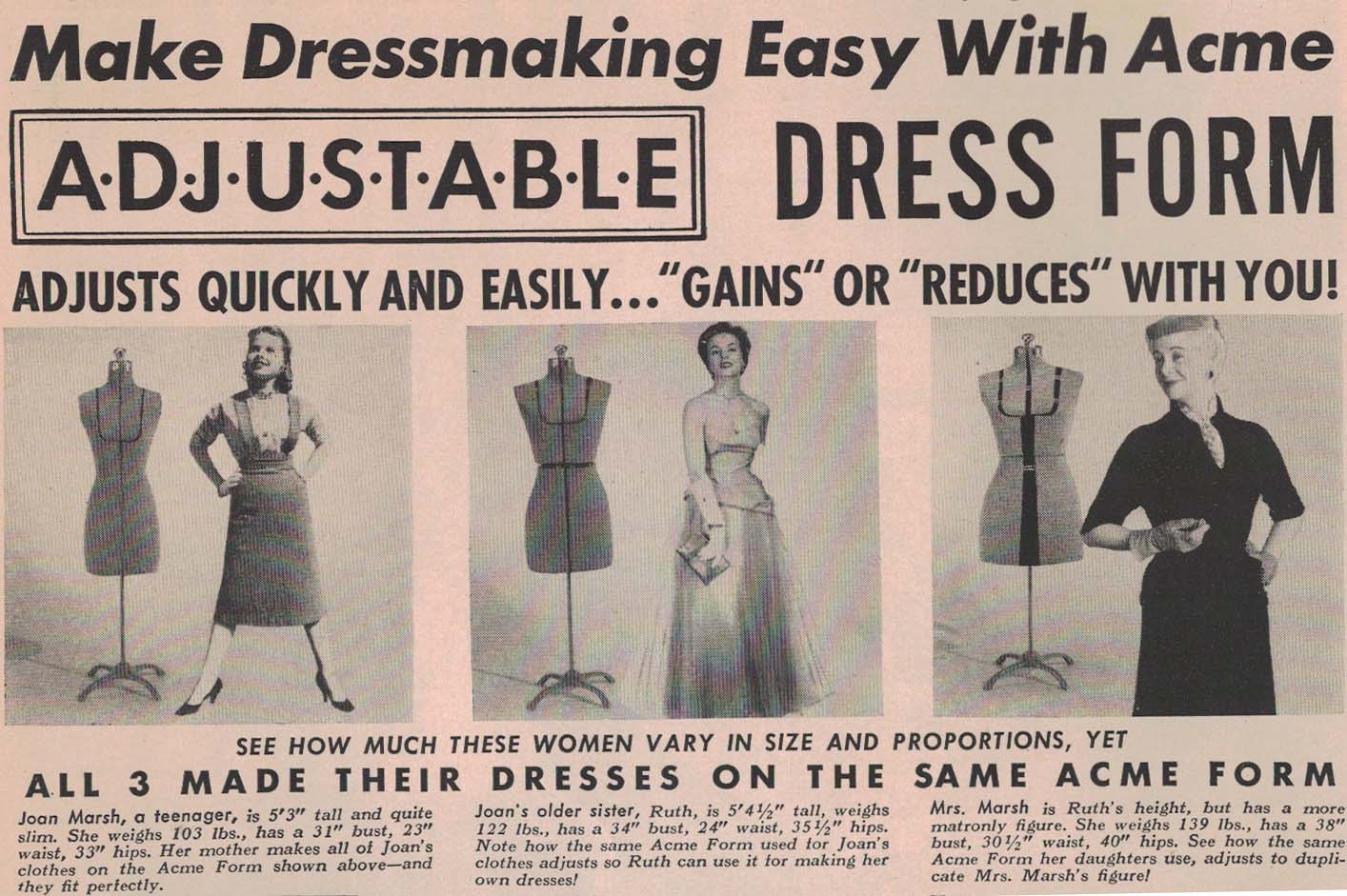 At first glance this seems like a really good idea, an adjustable dress form that could be used by women of varying sizes and ages. The examples show a slim teenager, a young woman, and their mother all using the same device. The bust, waist, and hips have expanded a good seven to eight inches from youth to maturity, supposedly showing the changes in a woman’s body as she ages. 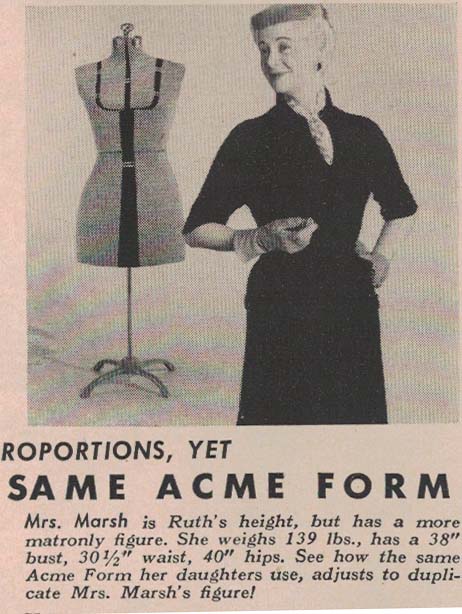 The woman who interests me the most is Mrs. Marsh, no first name mentioned, with her “matronly figure.”  She measures up at 38” x 30.5” x 40”.  Although the numbers have increased, she has almost the proportions as her youngest daughter Joan, with 7.5” between bust and waist and 9.5” between waist and hip.  In other words, Mrs. March still has a version of an hour glass silhouette.  Isn’t this a false assumption, since many women gain weight in their middle as they age?

Of course, most women in the forties and fifties wore girdles that would probably cinch in their waists.  But for many, it would take some serious shape wear to create a waist that was a seven to eight inches smaller than the bust. In my case, for example, the difference is only four inches.  Without extra padding around the waist, this dress form would be very difficult for me to use.

Greetings of the Season—1952 and 2017
Hijinks at the Bowling Alley, 1950s
The National School of Dress Design
This entry was posted in 1950s and tagged generations, sewing, sizes. Bookmark the permalink.