Criss Cross–Age and the Surplice Neckline 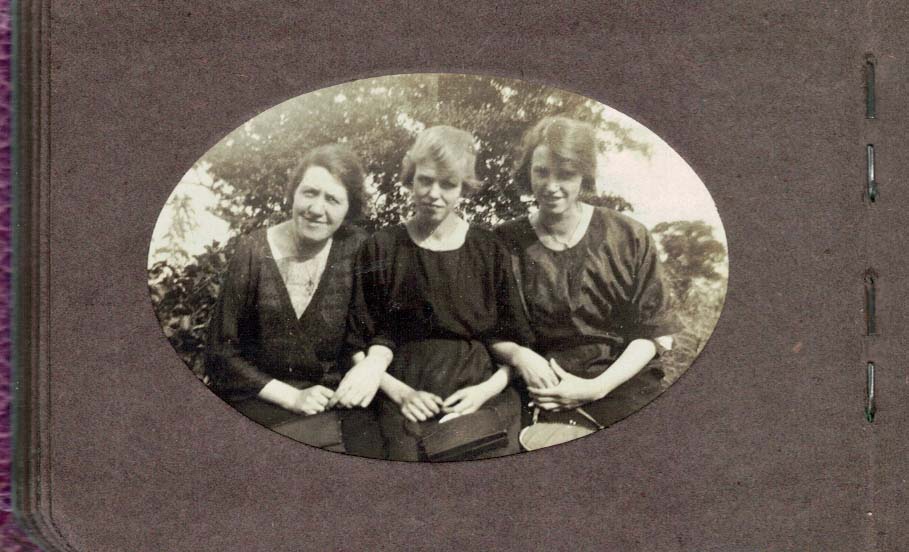 My friend Sally recently gave me a small snapshot album from 1924 containing fourteen photos.  Many are so faded that it is hard to see what is going on, but there are lots of young women having fun.  Only in a few, like the one above, did a face look a little older. Although we can’t see much of these three women’s clothes, I noticed right away that the blouse worn by the one on the left was different from her two younger companions.  And I realized that it was her a surplice neckline–just as much as her face–that made me think she was older.

What is a surplice neckline?  It is one where one side of the bodice crosses over the other to form a “V” shape.  The dominant side neckband then continues to the side seam or waist to create a diagonal line.

Once this style was considered one of the best choices for older women carrying weight in their chest and belly.  A Vogue magazine article from 1927 pointed out its slimming features.  “The bodice…is draped to give a surplice line that is so kind to a large bust.” (December 15, 1927, 76)  In the fifties, Vogue’s older style maven, Mrs. Exeter, often recommended the surplice as a “friendly line.” (Oct. 1, 1950, 137) Marjorie Hillis Roulston’s advice book for women over sixty, published in 1967, advised readers to avoid the surplice neckline at all costs to keep from looking old. 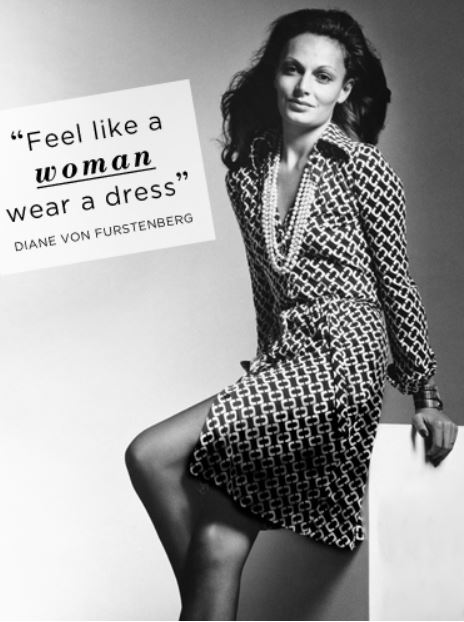 These days, the surplice neckline has lost any trace of its stogy reputation.  For this I credit Diane von Furstenberg’s revival of the wrap dress in the 1970s.  She showed that you could use the surplice neckline to show a lot of cleavage, if you had it. And when you continued the wrap down to the skirt, you could show a lot of leg, too.  So it is possible to take a style once seen as old and make it young.

The Ebell Club of Los Angeles, 1927
Older Women in Pants—Photos from the Teens and Twenties
The Cheerful Granny of 1925
This entry was posted in 1920s and tagged generations, surplice neckline. Bookmark the permalink.

2 Responses to Criss Cross–Age and the Surplice Neckline