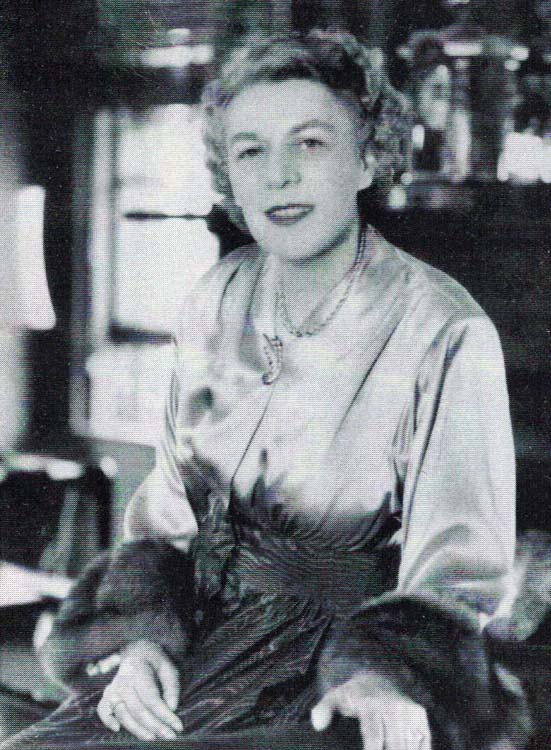 From The Extra Woman by Joanna Scutts. Click to enlarge

Marjorie Hillis Roulston (1889-1971) made a career out of being a single woman.  I learned about this fascinating figure from a new biography by Joanna Scutts, The Extra Woman: How Marjorie Hillis Led a Generation of Women to Live Alone and Like It.  The book not only educates you on this once popular writer, but also on the history of American feminism and our tradition of self-help literature.

Working as an editor for Vogue, Marjorie Hillis supported herself from a young age. She parlayed her singleness into a self-help empire of sorts, writing the best-selling book Live Alone and Like It in her mid-forties.  The success of her first book led to a series of companion volumes on topics like cooking, Corned Beef and Caviar, and managing finances, Orchids on Your Budget.  A few of these are once again in print.

At forty nine, Marjorie Hillis married grocery store magnate Henry Roulston.  Her late marriage only lasted a decade, however.  When her husband died, she found herself single again and used her situation to pen two more books. The first, You Can Start All Over: A Guide for the Widow and Divorcee, (1951) targeted a middle aged audience that might consider another marriage. The second, Keep Going and Like It: A Guide to the Sixties and Onward and Upward (1967) addressed older women who would most likely be alone for the rest of their lives.

Much of Hillis Roulston’s clothing advice for the older woman sounds quite dated today.  For the woman of sixty and over, for example, she advocates aiming for “enough prettiness to accent her good points and soften the rest.”(Keeping Going, 65) That means clothes should have a soft look with no extreme tailoring. Stark colors, especially orange, should be avoided. She takes a tough stand against shorts, pants and bare midriffs except on the beach or in the garden. Eccentricity, or dressing like a “character,” was well beyond her comfort zone. I wonder what she would make of contemporary eccentrics like Iris Apfel.

While some of advice is no longer relevant, the spirit behind her books feels quite contemporary.  Women do not need marriage to feel fulfilled, she insisted from her days of singlehood through to widowhood.  The key to a rich life is staying engaged with the contemporary world, having a large circle of friends, and discovering meaningful activities. I think the “aging with attitude” set would approve.

At the Sewing Machine, 1932
Madame Willi Posey
An Evening in India