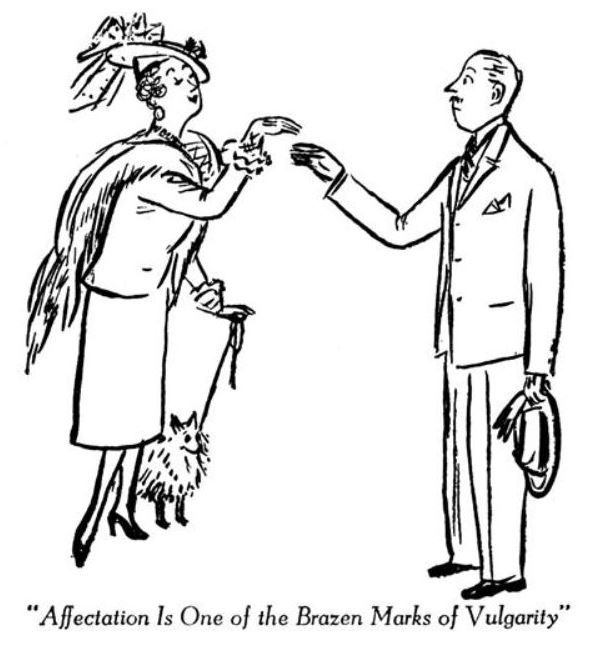 Esteemed advertising executive Margaret Fishback (1900-1985) had a lot of irons in the fire. While holding down a high level job at Macy’s, she was a prolific writer.  Her best known genre was light, witty poetry, but she also tried her hand at etiquette books.

If you have never cracked open an etiquette book, I suggest that you take a look.  They give a good idea of what was important to specific audiences in any given era.

This particular book, Safe Conduct: When to Behave and Why (1938), is meant as a humorous, down to earth guide that opposes stuffy standards of behavior. Much of the book makes fun of popular etiquette writers of her era, including Emily Post.  “Beyond a few rules of conduct, which are aids to ease rather than five finger exercises, use the head and the heart, and let the stuffed shirts fall where they may,” Fishback announces on the very first page.

Most of the advice is aimed at women, and I imagine it was a popular gift for daughters heading out into the world. There are chapters on how to behave at the office, how to find a husband, on how to accommodate to married life. Although the advice is more positive than negative, there are a few naked commands: “Ðon’t wear high heels with shorts.  Don’t wear shorts unless you are under eighteen and slender.”(44) 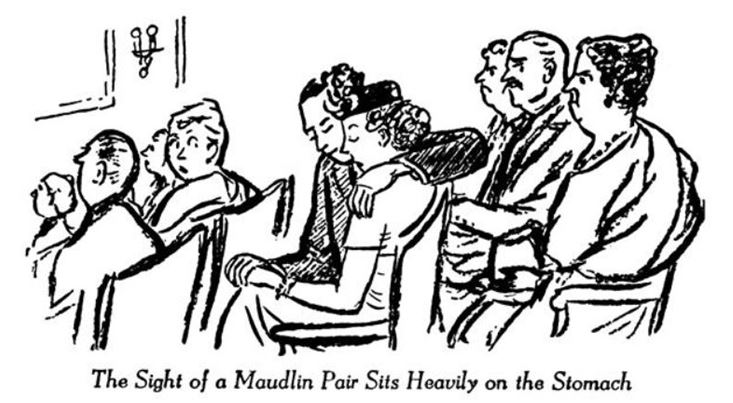 For Fishback, the main defenders of outdated rules of etiquette were usually older women. The book is filled with humorous illustrations drawn by Margaret Fishback’s good friend Helen Hokinson. That illustrator, who worked for the New Yorker, was experienced in making fun of the older set who were offended by modern ways.

But I wonder how well Fishback herself weathered changes in manners as she aged.  Born in 1900, she wrote the book in her late thirties. By the swinging sixties, what did she make of women of all ages wearing shorts and very short skirts? Was she a scold? Or by that time, did she perhaps wear them herself?

The Fashion Lag on the Small Screen
Happy Camper
Migrant Grandmother, 1938
This entry was posted in 1930s and tagged advice literature. Bookmark the permalink.