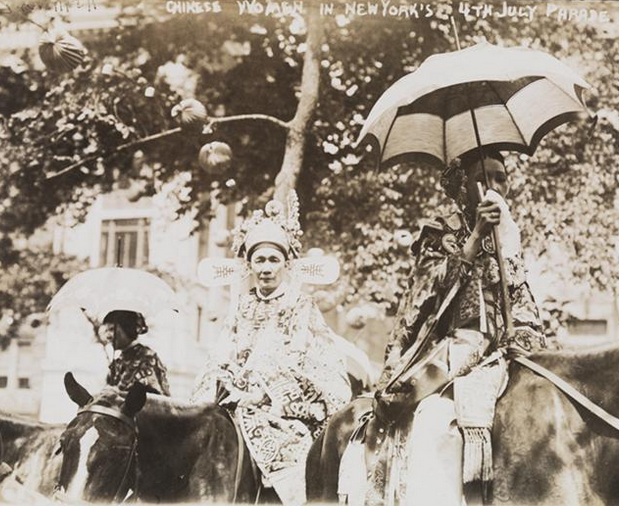 Museum of the City of New York. Click to enlarge

Here is an unusual Fourth of July parade picture showing older Chinese American women taking part in New York City.  The fascinating photo is in the on line collection of the Museum of the City of New York.  I went to newspapers of the era to discover the context—a big parade at City Hall that featured many different ethnic groups, including a large contingent of Chinese.  There was even a Chinese dragon.  Here’s a powerful argument against those who contend that multiculturalism is a new idea.

And take inspiration from a speech at the event by a New York City Alderman:

“There are associations organized for the purpose of restricting immigration and there are those among us who believe that only those identified with families who have been here for several generations should rule.  But I reply to them that the founders and builders of this Republic were men and women who migrated to this country from all lands and I hope the day will never come when the country shall cease to be a haven for God-fearing people who seek God-given opportunities denied to them in other lands.” (New York Tribune, July 5, 1911).