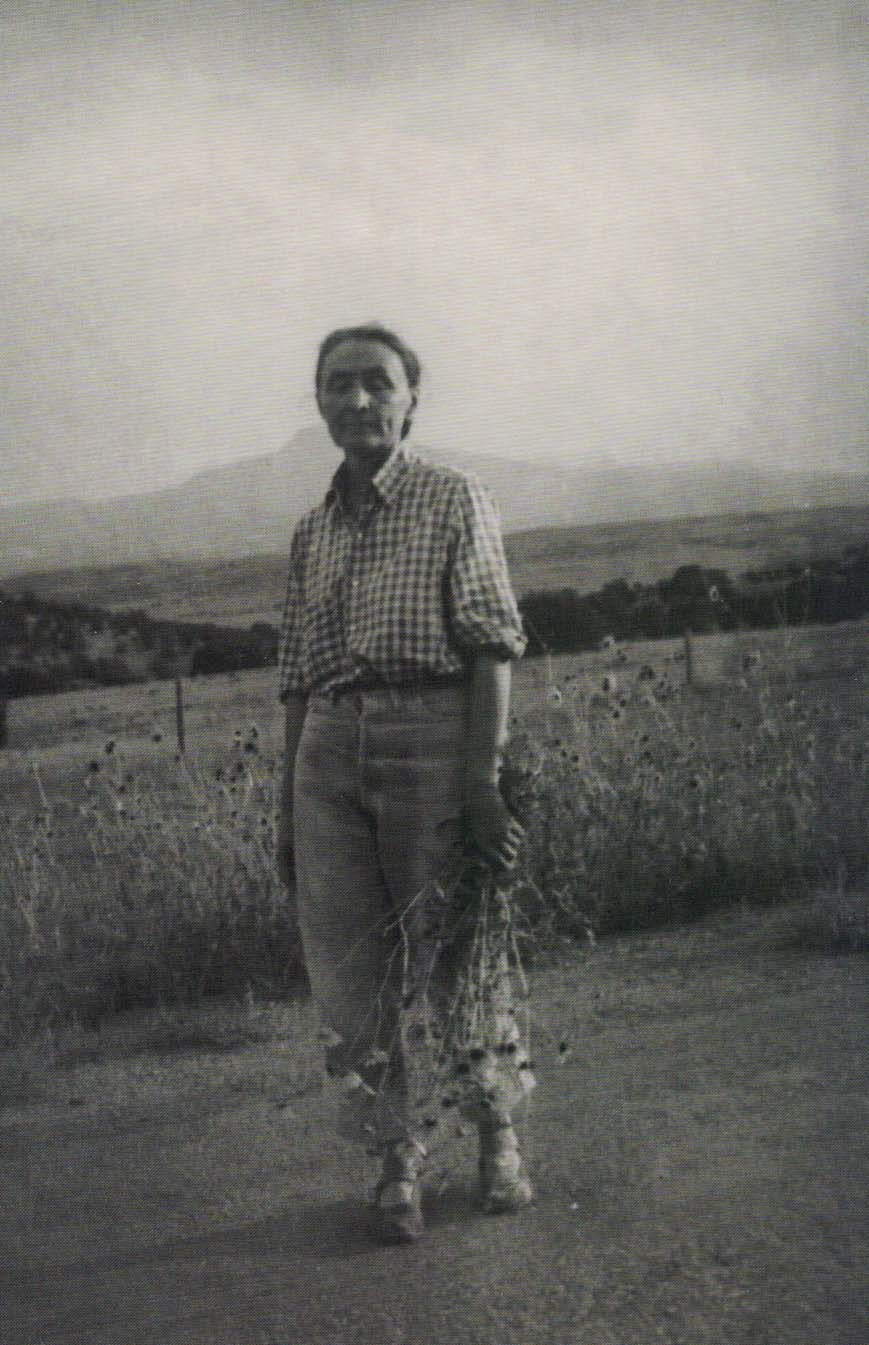 Georgia O’Keeffe (1887-1986) was not only a famous artist, she was also a famous artist’s model.  Her career as a serious subject of photographs began when she took up with the photographer Alfred Stieglitz, who later became her husband.  It lasted her entire life. A long list of twentieth century greats took her photo, from Ansell Adams to Paul Strand. The book Georgia O’Keeffe: Living Modern by Wanda M. Corn uses this multitude of photographs to show how she presented herself to the public. It also includes many casual snapshots that reveal how she dressed in her daily life.

It’s fascinating to learn that while O’Keeffe wore bifurcated garments in private, she rarely allowed them in formal photographs. There are several snapshots of O’Keeffe in trousers beginning in 1907 and continuing throughout her life—a man’s suit at a party, harem pants on a porch, knickerbockers while climbing on a roof. When she began visiting New Mexico in 1929, she embraced blue jeans.  In an undated letter she said of jeans, “I rather think they are our only national costumes.” (117) Yet the book includes only three photos of her in jeans, two of them casual shots by her friend and helper, Maria Chabot. 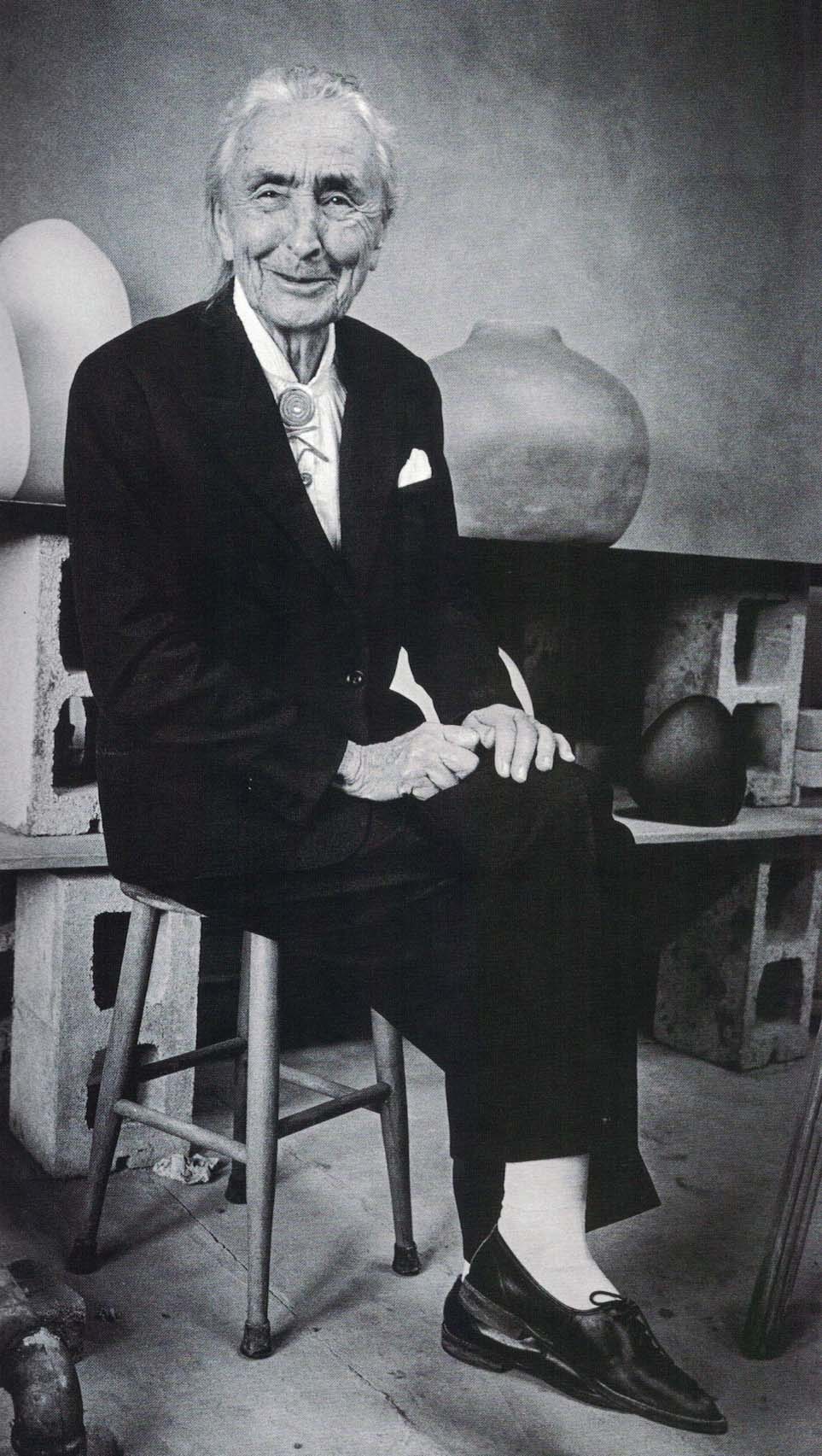 The clothes O’Keeffe chose for formal photographs were austere, and most frequently black or white.  She sourced her clothes from all over, but preferred starkly tailored garments in photographs. Beginning in the 1950s, she started to buy men’s style trouser suits from the New York tailor, Kinze. She ordered black suit after black suit from this company until she was well into her nineties. And yet when famous photographers called at her house, Ghost Ranch, the black trouser suits only began to appear in photos in the mid 1970s, and even then quite rarely.  She never wore them outside of New Mexico.  “At some level,” writes Wanda Corn, “even as an adventurous dresser, she never discarded rules she set for herself very early on, and which no doubt were a lingering attitude from proprieties learned in her youth: pants were for around the house and locally but not traveling to urban centers.”(250)

This fascinating book documents not only the art and style of O’Keeffe, but also the way she consciously shaped her public image.  I ended up with great respect for her ability to present a minimalist, austere face to the world.  However, I wish someone had taken more snapshots of Georgia as she lived everyday, wearing her pink smock dress, for example, or her turquoise stripe summer dress from Claire McCardell.  Her closet was full of color. And of course I wished for more photos of her in pants.

1 Response to Georgia O’Keeffe in Pants