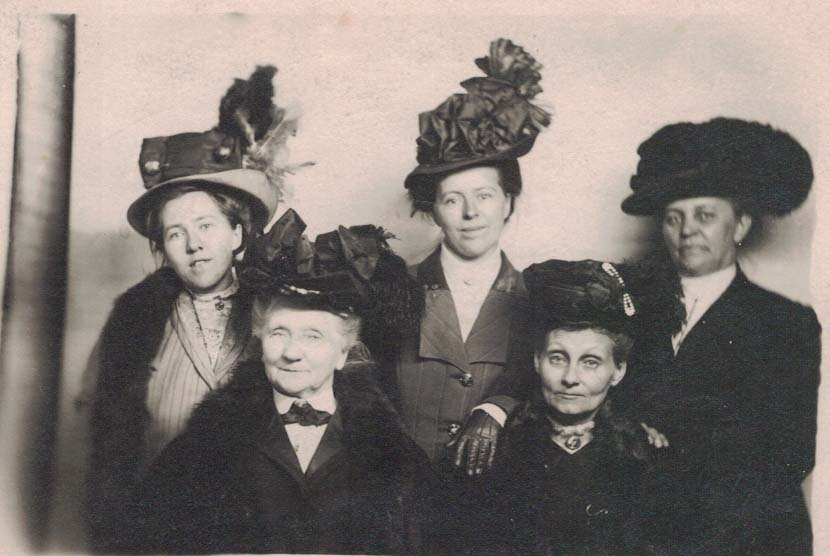 My friend Sally, a source for many wonderful photos on this blog, found this treasure at a recent photo conference she attended. It’s a post card that was never sent, but luckily there’s some writing on the back: “Grandma Snowdon, back center; Great Grandma Richard, front left.”

There is no date on the card, but given the high collars and tall hats, it was likely taken in the first decade of the twentieth century, I’m guessing closer to 1900 than 1910. 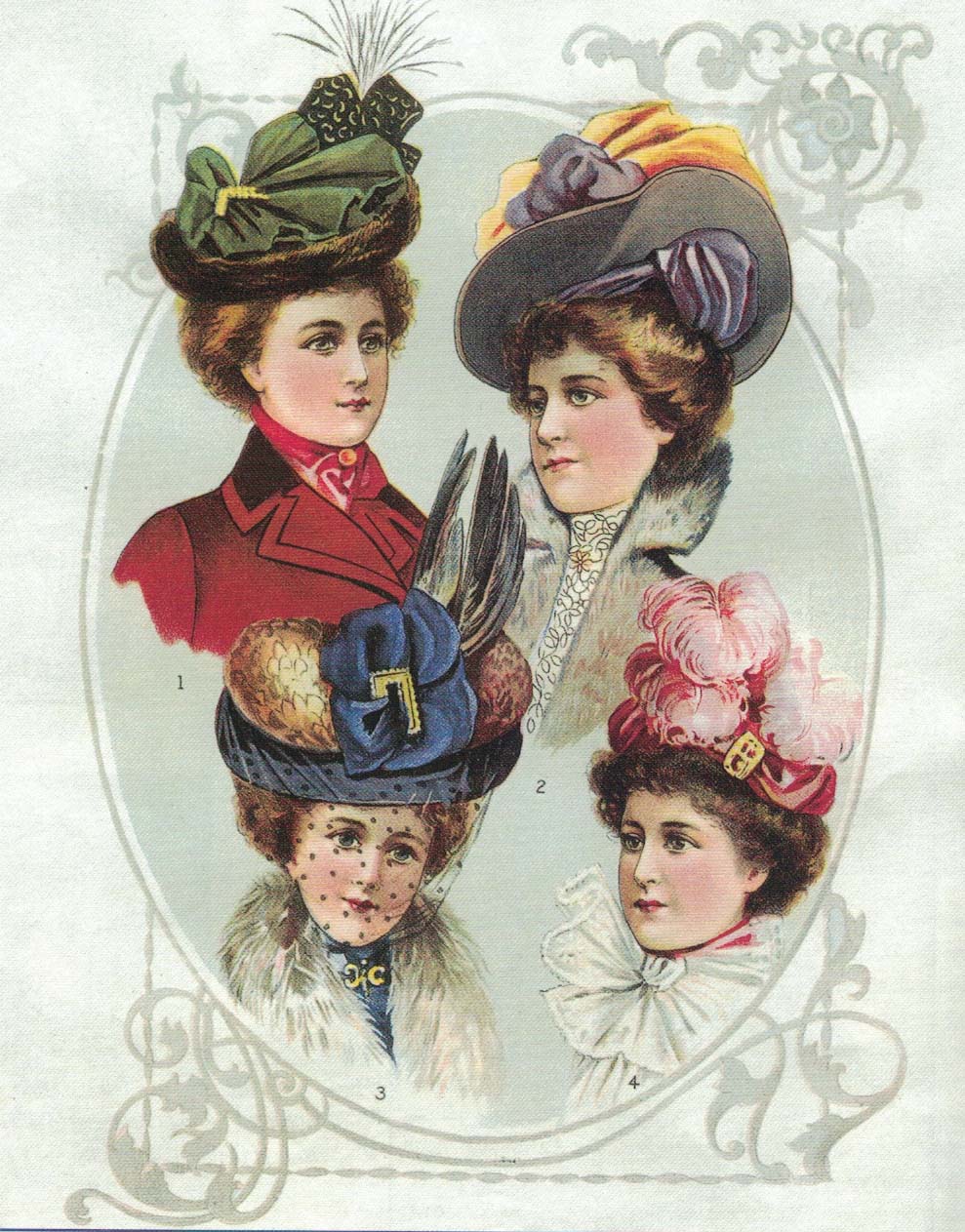 To date the hats, I turned to the essential  reference book by Susan Langley, Vintage Hats and Bonnets, 1770-1970. It includes a 1901 illustration from the fashion and sewing magazine, The Delineator, which shows similar looks. However, the very wide hat on the far right of the photo might have been influenced by the Merry Widow style, which came into vogue after 1907.

The oldest woman in the photo is Great Grandma Richard, front left.  She wears a tailored suit or coat, with a dark bow at the neck of her white blouse.  There’s a fur scarf around her neck. At first glance, her hat looked a little less exuberant than the others, bedecked only with bows.  If you look closely, though, there is a large plume hanging off the side. She was not to be outdone by her younger companions!

Made to Measure Clothing from Montgomery Ward
Flowers and the Older Women—Violets, Yes; Daisies, No
The Old Maids’ Tea Party, 1901
This entry was posted in 1900s and tagged fur, hats/headcoverings. Bookmark the permalink.