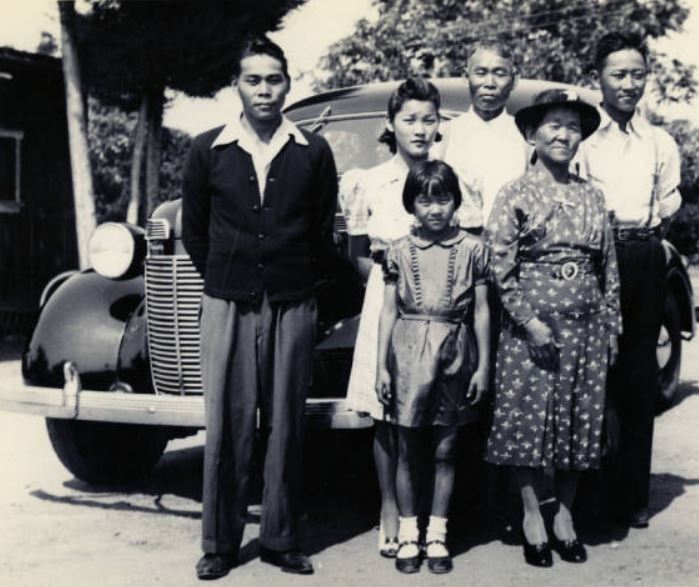 The year is 1940, and the Okine family of Whittier California poses in front of their recently bought car.  In the amazing online collection of family photos, there are many in front of the car, obviously a prize possession.  Tameyo Okine, the mother of two boys and two girls, stands proudly on the right in a patterned dress and stylish shoes. Age 55 in this photo, she was born in  Japan and immigrated to the US in 1911.  All of her children were American born. 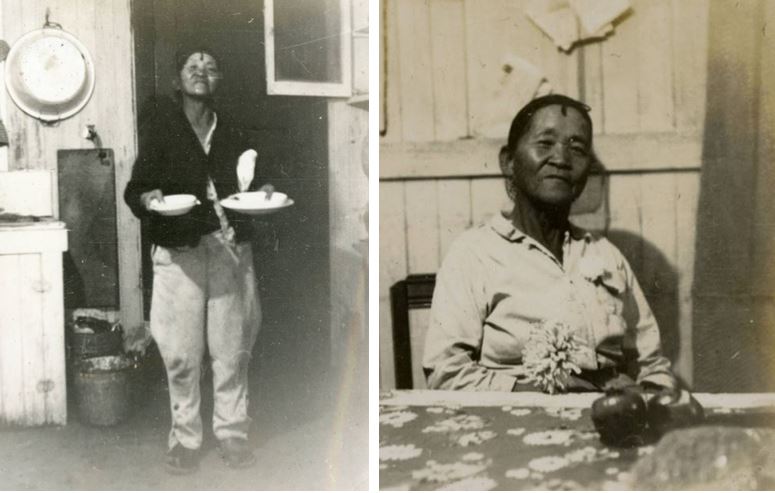 The Okine family ran a flower nursery. The above photos of Tomeyo are undated, but might have been taken about the same time.  They show that printed dresses might not have been Tomeyo’s regular at home attire.  No other photos in the large collection depict women in pants. 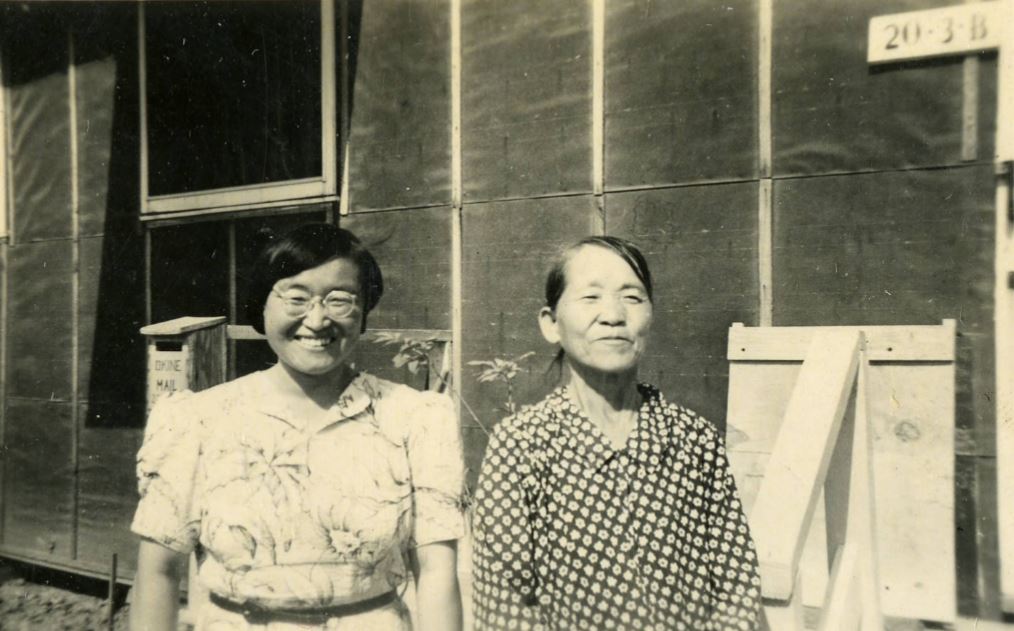 After Pearl Harbor, Tomeyo Okine was sent to a internment camp in Arkansas along with her husband and two daughters.  The sons enlisted in the military.  What happened to the car and nursery?  Many Japanese Americans lost their possessions in the course of their internment. 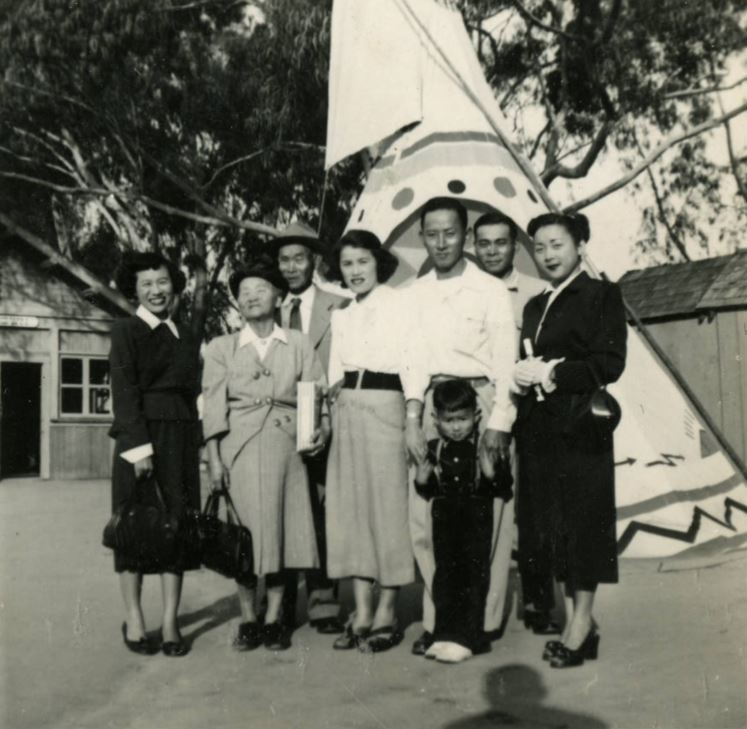 In this photo, taken in 1952, the family has been reunited.  One son has married and has a child of his own. Letters show that the parents moved back to Whittier. On this special occasion, Mrs. Okine wears a suit, but it doesn’t fit her small frame very well.  Now in her late sixties, she has switched over to sensible shoes. 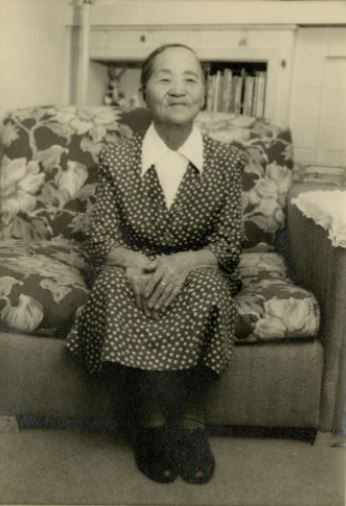 In this final photo of Tomeyo Okine, taken when she was 73, she is back again in a print dress.  She died five years later in Los Angeles.