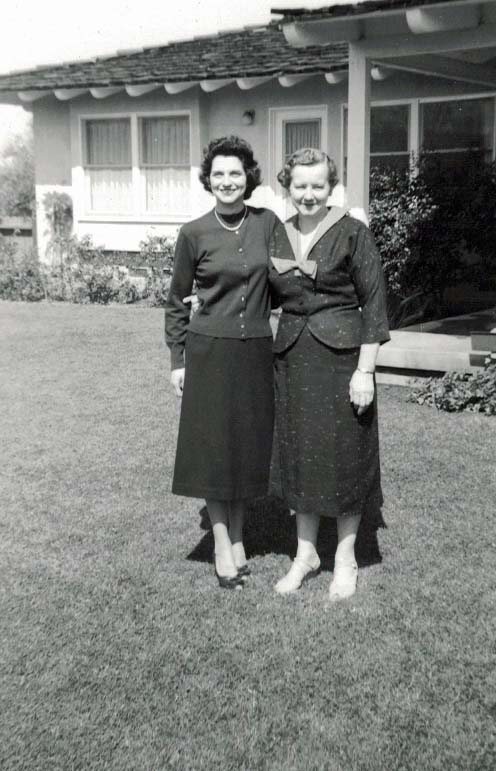 When did daughters begin to dress much differently than their mothers?  You often read that the big dividing point came in the 1960s. Then many young women abandoned the pearls and gloves of their mother’s generation and began wearing clothes that set them apart.

Things hadn’t quite come to that in the 1957 snapshot above.  The daughter, on the left, wears a skirt just as long as her mother’s.  She even has on a discrete string of pearls.

Nonetheless, the daughter’s clothes have a much more casual look to them.  Her mother wears a matching suit, while she wears separates.  Wherever they were off to, the mother put on fancy daywear for the occasion.  The daughter thought a buttoned up cardigan would do just fine.

This entry was posted in 1950s and tagged generations. Bookmark the permalink.