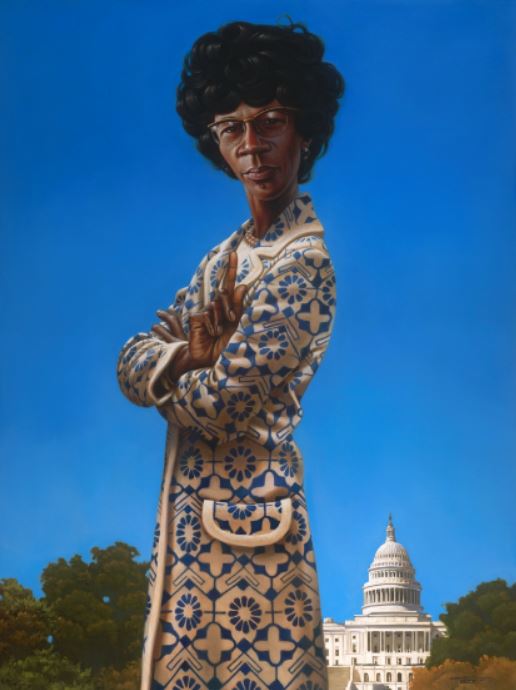 Shirley Chisholm (1924-2005) was a trailblazer.  In 1968, she became the first African American woman elected to the House of Representative. Four years later, at the age of 48, she ran for president. Her slogan was “Unbought, Unbossed,” perhaps one that current politicians should take as an example.  She is the perfect woman to end my Black History Month series. 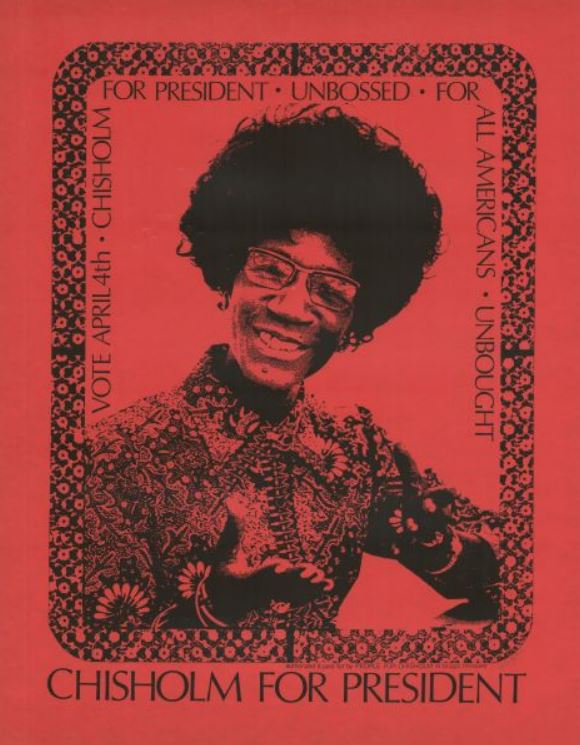 When she came to congress, she had a long career behind her as an educator, neighborhood organizer, and New York State congressional representative.  In Washington, she was co-founder of the National Political Women’s Caucus.

Chisholm had a distinctive style of dressing.  Not one to mimic the man’s suit, she chose bold graphic prints instead.  That choice was commemorated in the official Congressional portrait of her above. 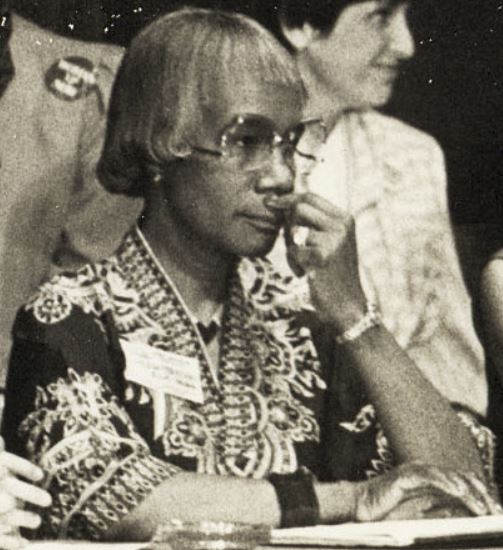 As she aged, she let her hair go gray—but she didn’t give up her love of prints. 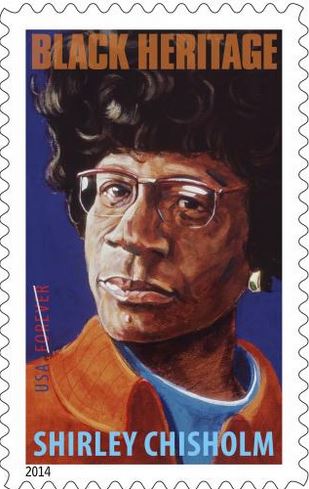 I wish they had thought to include her signature look on her stamp!