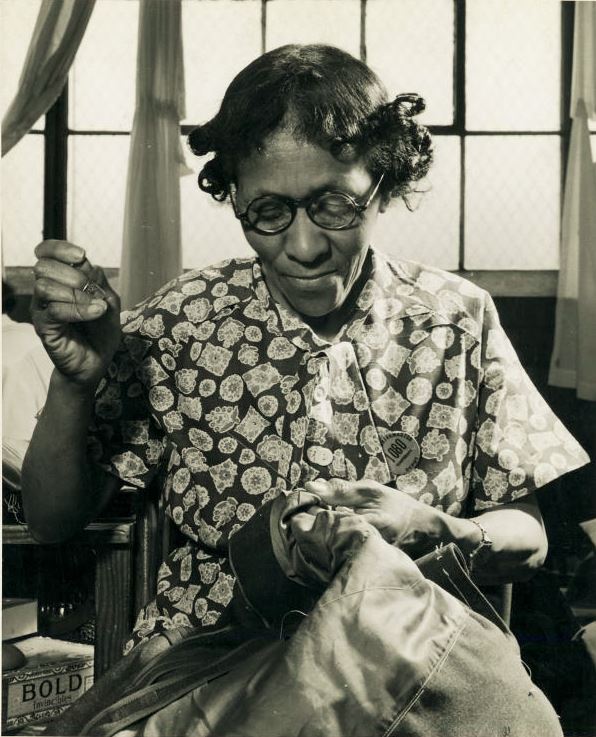 In honor of Black History Month, I’m seeking out photos of older black women.  This beautiful portrait of a woman doing hand sewing has been on my radar for a long time.  It is one of a series of photos taken by government photographer Howard Liberman at the Quartermaster Corps in Philadelphia.

The photo caption reads: “The nimble fingers of many American women are now contributing to the war effort in various quartermaster corps depots. This elderly woman is hand stitching sleeves on an army overcoat.”  You would be wrong if you thought she was assigned to a menial task. Hand sewing provides much more accuracy than machine sewing, and setting sleeves is difficult and precise work. This unnamed seamstress was probably highly skilled.

And take a close look at the dress she is wearing.  It has an interesting diagonal line that runs from the top center button to the side. 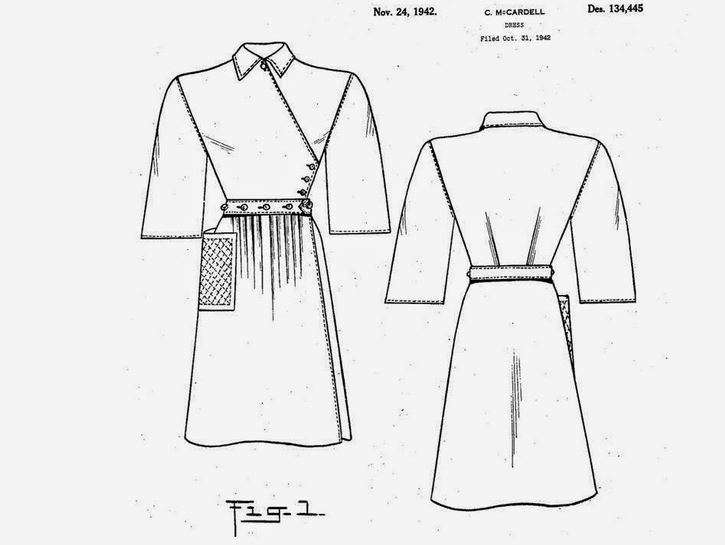 Technical drawing of the popover dress via the blog Pintucks. Click to enlarge

This would have something in common with the McCardell popover dress, although the buttons run down the center and the sleeves are different.

Sharp eyed reader Kai Jones has another idea, speculating that it is a shirtwaist style with a self fabric tie at the neck. The diagonal line you see so clearly is the edge of one of the ties.

Whatever the structure, I wonder if our skilled seamstress designed the dress herself.