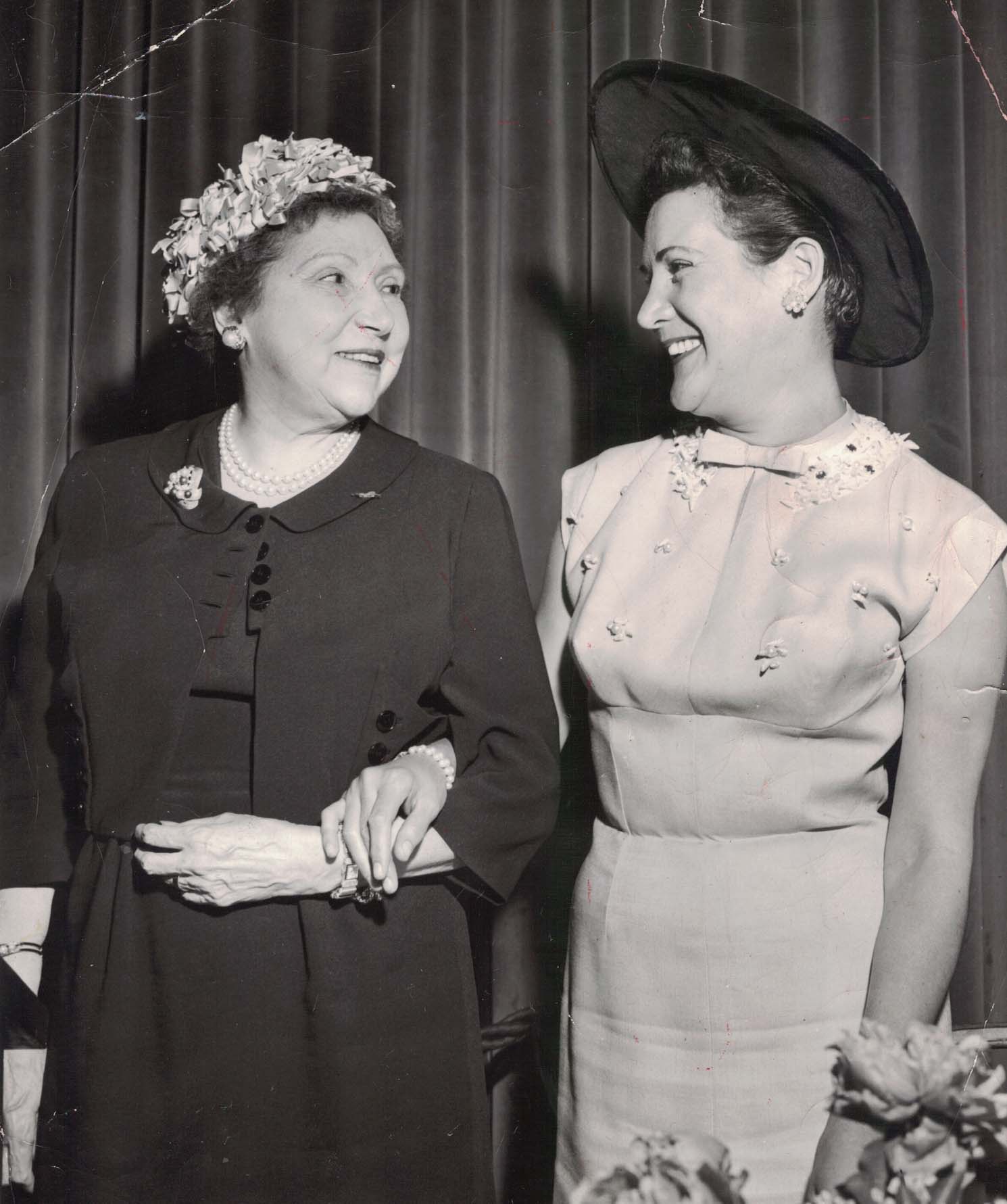 If you read about the history of the American garment industry, it doesn’t take long to come across the name Tobé Coller Davis (1888-1962).  After a varied career in clothing companies and department stores, she opened a fashion forecasting company in the 1920s. Today she is widely regarded as the founder of that lucrative industry in the United States.

I found an account of Tobé’s life quite by accident in the book The Fashion Director by Elaine Jabenis. Born to Jewish immigrants in Milwaukee in 1888, her given name was Taube, which means dove in German.  Her father was in the garment industry. The family moved to New York around 1910, but her father’s new business didn’t take off.  By 1914 Taube went out to work on her own, gaining experience in a wide range of jobs including a brief stint as a custom dressmaker.  In 1918, she was hired as advertising director for the Franklin Simon department store.  Here she learned skills that would serve her well in her own company—follow fashion news, keep an eye on Paris styles, and observe what the most fashionable women were wearing.

When did Taube become Tobé? It must have been before she launched her company, Tobé and Associates, in 1927.  Beginning with just four clients, she put out a weekly newsletter predicting which of the new French fashion trends would make inroads into the American market. Expanding her reach, she started a yearly event called “The Fashion Forum” in 1929, a three day seminar of lectures and demonstrations about fashion trends and advertising techniques.  The business boomed. 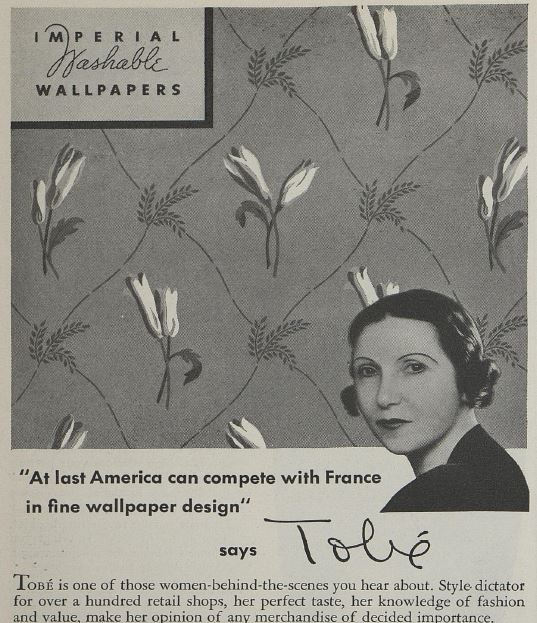 By the mid thirties—in the midst of the depression–she had over 100 clients. She renamed her company Tobé—her first name alone apparently enough—and moved to the poshest part of Fifth Avenue.  The ad above calls her America’s “style dictator.” 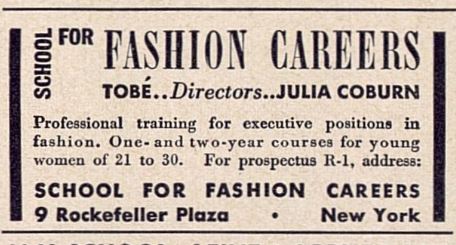 In 1937 she and Julia Coburn, then editor of Ladies Home Journal, founded the Tobé- Coburn School for Fashion Careers. An innovation at the time, it was designed to train women to take on executive positions in department stores and fashion companies.

In the fifties, she also started to write syndicated fashion columns for newspapers called “Tobe Says.” (Perhaps newspapers couldn’t be bothered to add the accent mark.)  I discovered one published in early 1961 called “It is Your Duty to Stay Young.”  Did older women find it reassuring? “The trick is to look young but not ridiculous. Don’t pretend to be twenty if you’re in that indeterminate middle age that stretches from forty to seventy, for there’s a modern way of looking young no matter what your age.  It begins with your hairdo, your skin, and particularly your skirt length this season.”

It’s not easy finding photos of Tobé, so it’s hard to say if she followed her own advice.  The large press photo above was like taken in 1957, when Tobé was approaching seventy.  Her skin is certainly beautiful, but I wouldn’t say her style looks particularly young.  She wears many markers of a well off older woman—a dress with a raised waist (perhaps to disguise a menopot), a flowery hat, and beautiful pearls.

But who needs youth if you have energy?  Tobé founded an industry and a legacy. The fashion report and the school she started (now refocused and renamed) still exist today.