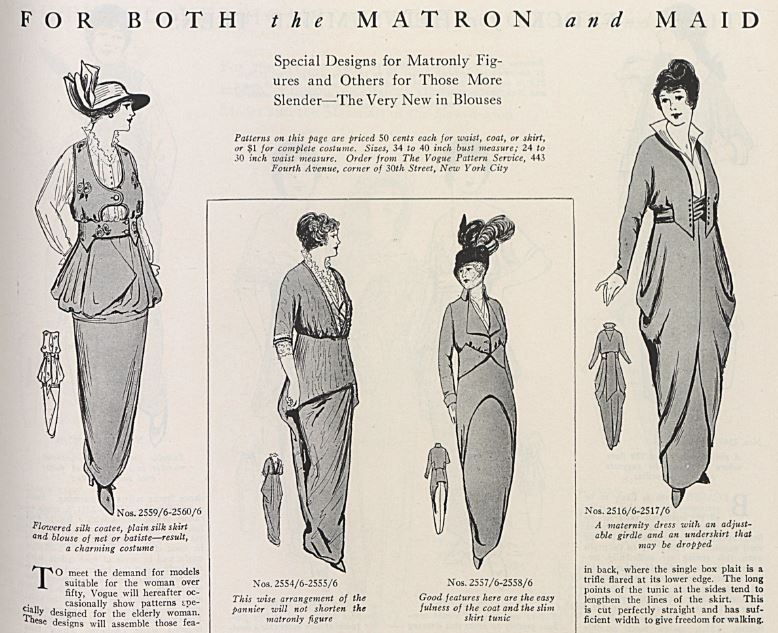 You don’t see the word matron much anymore, but it was an important term of reference in fashion writing in the early twentieth century.  Since I’m fascinated by synonyms (and euphemisms) for “old,” I used the search engines for women’s magazines to see how usage has evolved.

Writers and advertisers at the beginning of the twentieth century used the word “matron” like we use the word “woman” today.  It meant a grown up female, as opposed to a girl or a maid. Magazines employed identifying adjectives to make differentiations within the group—young matron, middle aged matron, and elderly matron.

While matron started as a neutral term, the adjective “matronly” already had a slightly pejorative tone.  As you can see in the illustration above, the “matronly” figure was something that was best disguised. 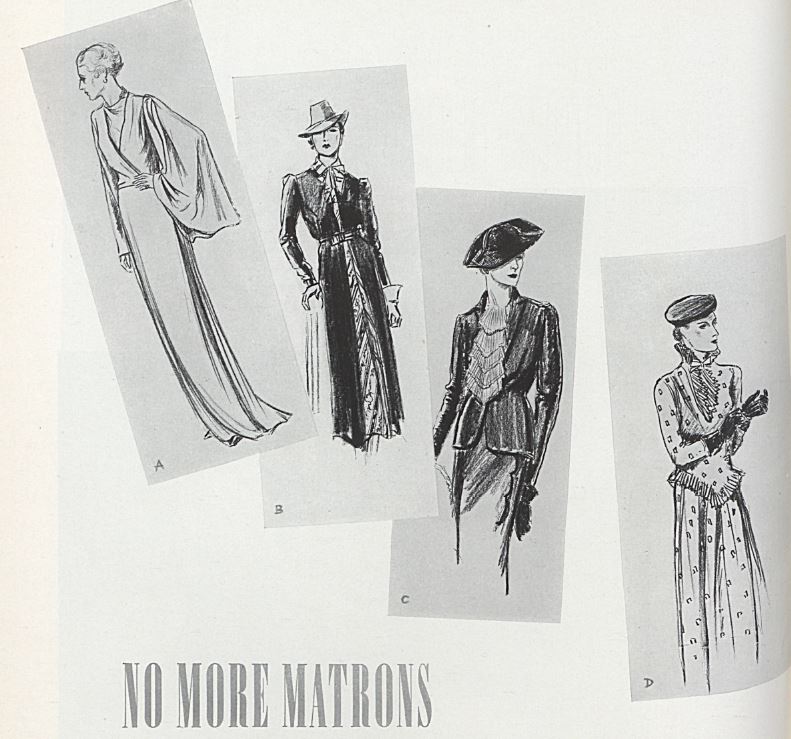 Vogue turned against the matron earlier than other women’s magazines. While there were still a few “young matrons” in 1930s, writers started to avoid the term as something sadly associated with old age.  The 1936 article “No More Matrons,” focused on clothes that did not immediately identify the wearer as “old.” And a decade later when Vogue launched Mrs. Exeter, its older woman of fashion, the term “matron” was never used. 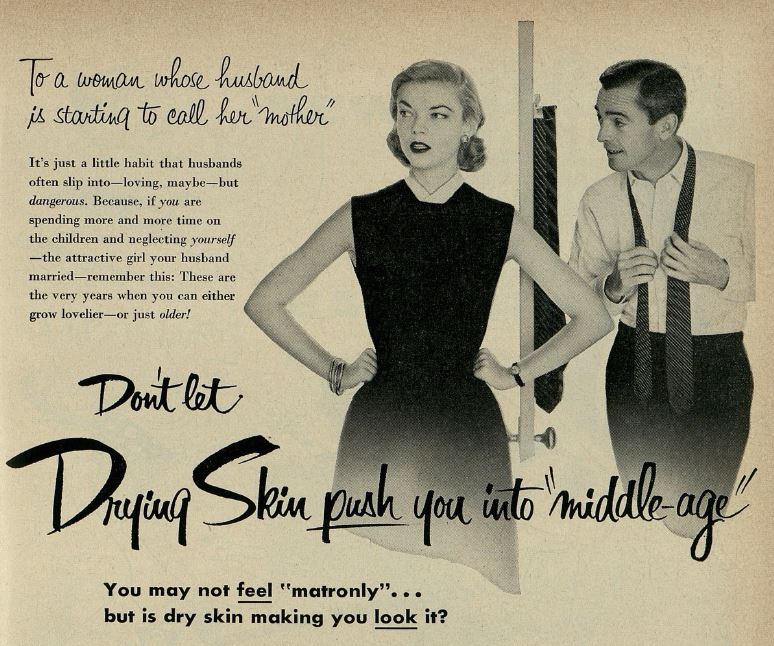 It took longer for matron to disappear from mass market magazines like Good Housekeeping.  By the forties, however, it was most frequently used in advertisements paired with “young.”  In Ladies Home Journal, the main source of the word was in the column “There’s a Man in the House” by Harlan Miller. From the forties to the sixties, he  offered tales from suburbia where matrons were almost always fussy married ladies of years.

While one could still proudly be a matron in the early twentieth century, it was never a good thing to be matronly.  Today, “matron” appears primarily in the context of weddings; matronly—except as the highest insult—has all but disappeared.

This entry was posted in General and tagged advertising, terminology. Bookmark the permalink.

2 Responses to Considering the Matron