A California Christmas Party with Santa, 1966 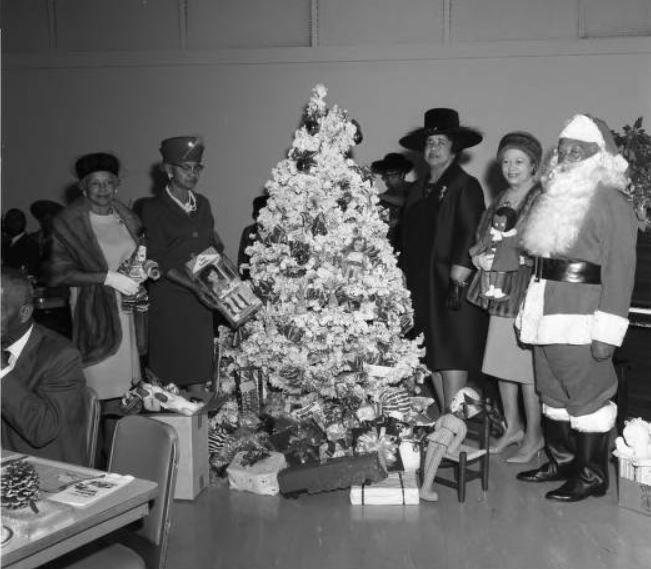 The Women’s Sunday Morning Breakfast Club was an important institution in the African American community of Los Angeles. Like many women’s clubs, its members were well off with the time and money to work for charity.  We can see this in the photo above. The four women pictured are beautifully dressed. Although it is 1966, well into the more casual sixties, they wear hats and gloves. With one exception, the hats are on the small side, a trend in the decade. Two women have on fur stoles, a real luxury in the warm Southern California climate.

There are no children in the picture, but newspaper coverage in the African American newspaper, The Sentinel, states that the “sepia Santa” handed out food, clothing, and toys to needy families at the party. You can see some of the gifts above.  One was store bought, but the other dolls on display were handmade by women in prison.  I’d line up for that fanciful doll on the left.