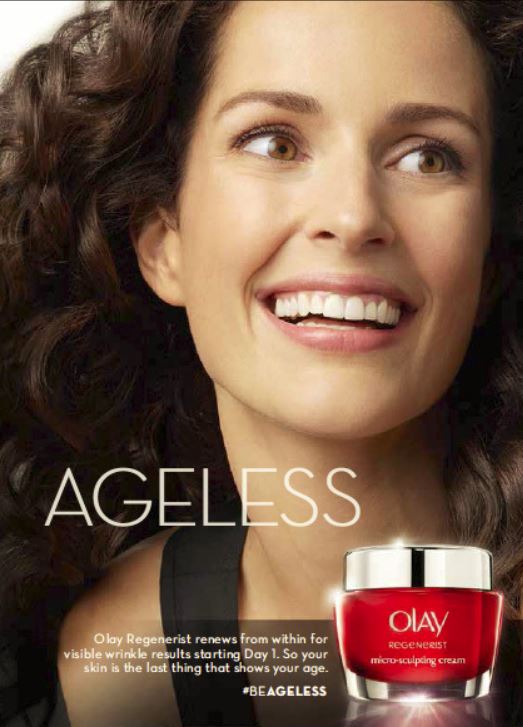 Do you look ageless?  I do not. In fact, I look every one of my sixty-seven years. That is not for lack of trying, as I am very susceptible to the siren song of skin care companies.  But upon seeing one too many “ageless” appeals, I have begun to wonder why beauty companies think this should be out goal.  We all age, and most of us show that change on our skin and bodies.

As a historian, I’m fascinated by the back story of words.  I decided to take a look at the use of “ageless” with some of the tools at my fingertips through my university. 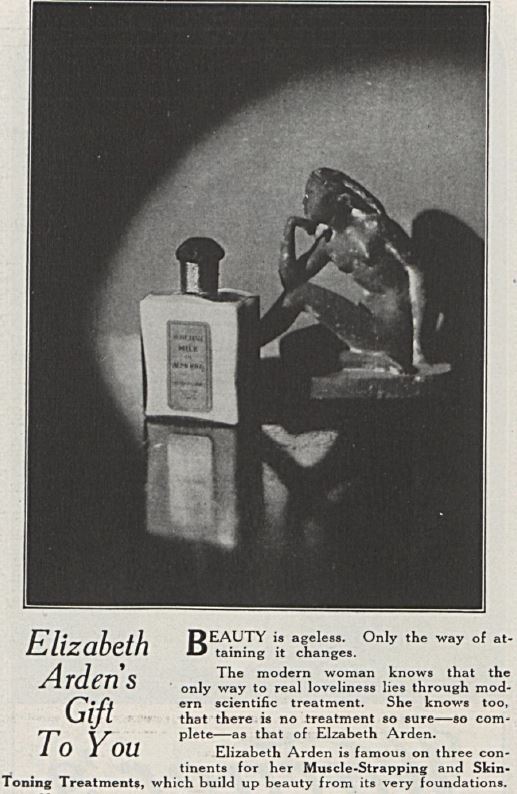 It was no surprise to discover that “ageless” began to pop up in ads for beauty products in the 1920s.  Before then, there were ageless songs, ageless appliances, and ageless silver patterns, etc—and these usages continued.  But in the decade when youth became the ultimate fashion accessory, beauty companies began promote “ageless” skin.  In Vogue, Elizabeth Arden promised ageless beauty with her special “Egyptian” ingredients.  Helena Rubenstein’s ads opened with the lines, “In the maelstrom of modern society, beauty is ageless.” Many now forgotten beauty companies, like Lucille Buhl and Dorothy Gray, used the seductive term. 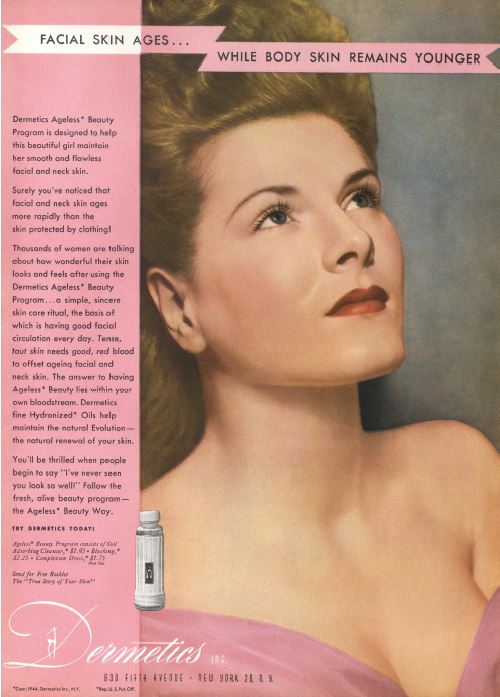 The promise of ageless beauty—in face, hands, and even teeth, continued at a slow but steady pace throughout the twentieth century.  However, it was in the new millennium, when the Baby Boomers entered their fifties and sixties, that “ageless” really came of age. Companies started to use the term directly in product names: Covergirl’s Simply Ageless Foundation; Aveeno’s Ageless Night Cream; Allergan’s home botox treatment, Ageless Woman; and the Instantly Ageless company promising a “face lift in a box.” Olay even launched a TV commercial announcing this as “the age of ageless.”

I don’t know about you, but the more I see the word “ageless,” the more I feel old. Many women today resist the demand to age gracefully; perhaps we should also resist the implied standard that we should be aging wrinkle free.

This entry was posted in General and tagged advertising, skin. Bookmark the permalink.