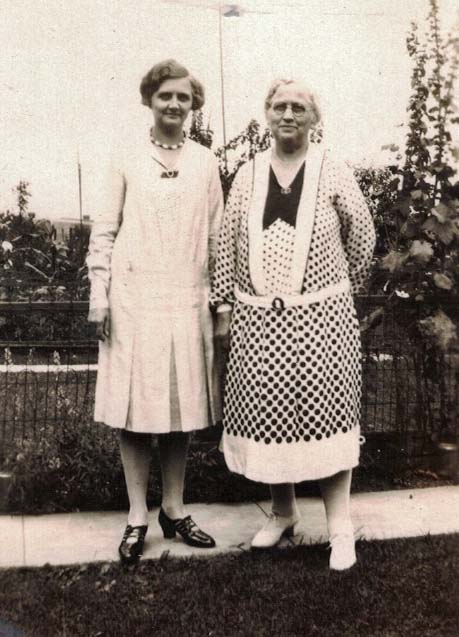 Was there ever a crueler fashion era for the older woman than the 1920s?  The preferred fashion shape made a woman with a matronly figure look like a big stuffed block or triangle.  The daughter on the left, whose dress dates from around 1926 or 1927 judging by the length, has at least chosen a solid color with vertical pleats which has a slimming effect.

Her mother, on the other hand, seems to have picked out a dress specifically designed to accentuate her wide hips.  The dots are bigger on the bottom than on the top, drawing the eye down.  And that belt buckle, placed almost at the widest part of her hips, is calling out for attention.

The mother purchased her much longer dress earlier in the decade.  Maybe she decided that fashion was no longer worth following.