The Jumpsuit—A Style that Will Not Die 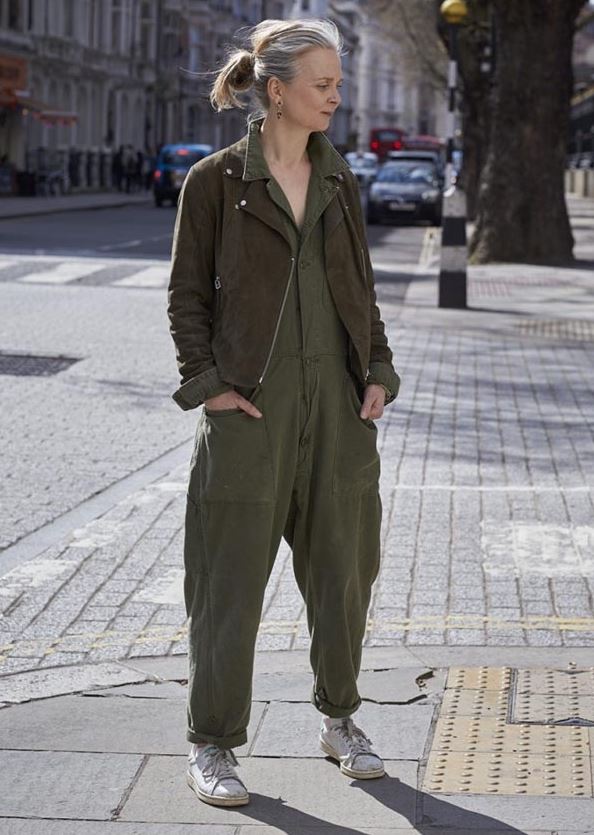 You might have noticed that the jump suit, a one piece long armed garment with pants, is back in style.  An older fashion blogger I follow, Alyson Walsh, has declared it her favorite look.  Sewing patterns for jumpsuits abound.

I remember wearing a short version when I was in high school back in the sixties.  It was an inconvenient outfit, hard to get in and out of when nature called.  I, for one, will never sacrifice convenience for style.  But apparently many women will, or perhaps they just have much better bladders.

Known then as an overall suit, this garment first gained wide popularity during and after the First World War.  You can imagine some of its appeal, since there was only one piece to keep track of.  It covered most of the body and had with no separate shirt to come untucked.  Catalog companies offered overall suits as an outfit for work at home and on the farm well into the 1920s. 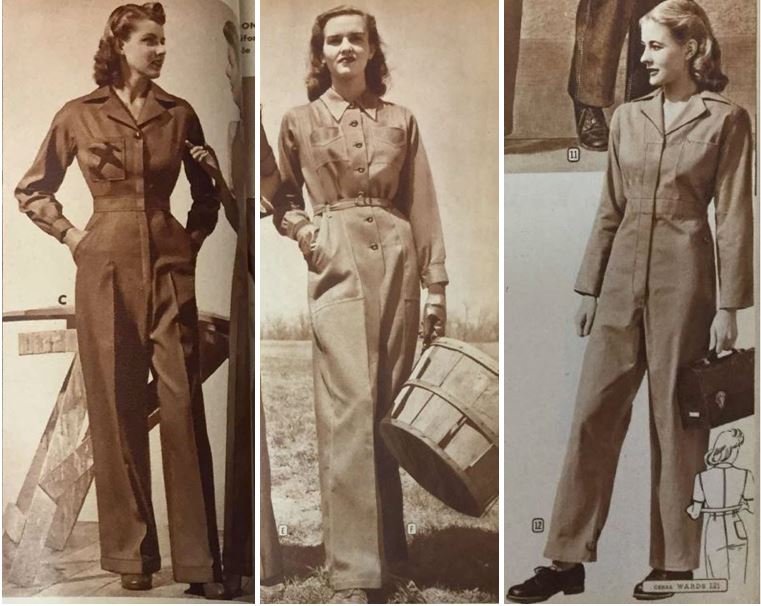 A big revival came during the Second World War.  Montgomery Ward consistently offered this style on its “work wear” pages, called by many different names—mechanic’s suit, “greasy monkey” suit, and coveralls.  The latter term stuck for over a decade. 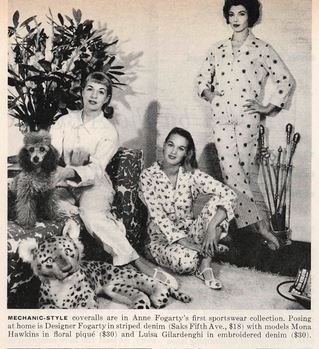 In the 1950s, the coverall took a fashion turn.  American designer Anne Fogarty called the style one of the best results of the Second World War.  She was not the only one who came to see the once humble work outfit as a fashion item.  During the decade Vogue magazine showed many stylish coveralls designed for leisure and entertaining, a few even sporting well known designer names like Tom Brigance. 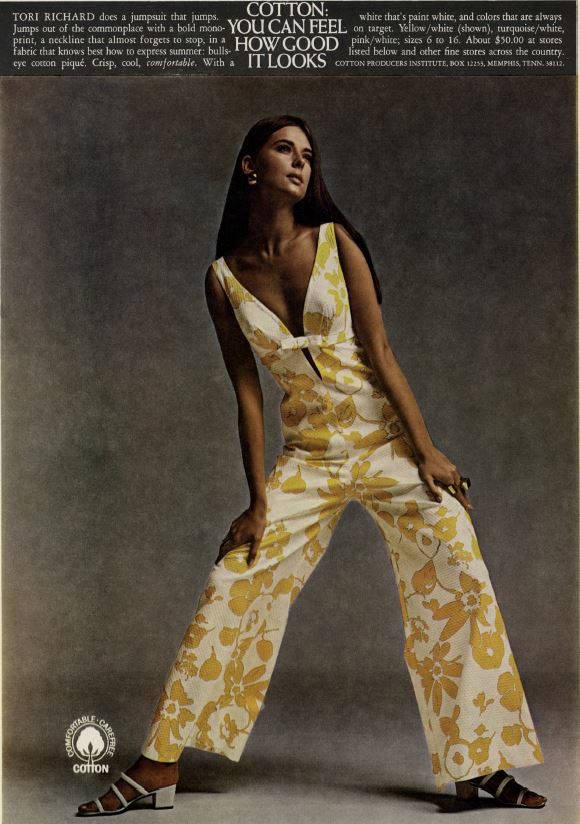 When did the coverall become the jumpsuit in American fashion vocabulary?  A search through the databases of American fashion magazines indicates that the transition came sometime in the sixties, when the garment made its move to the center stage of trendy fashion. “Tori Richard does a jumpsuit that jumps,” reads the ad above.  It sounds much better than “a coverall that covers.” The old name came to be used mainly with children’s clothes.

Since the sixties, the jumpsuit has moved in and out of style.  Vogue’s coverage went up in the seventies, and peaked in the eighties. Then the jumpsuit’s fashion reputation started to fade. 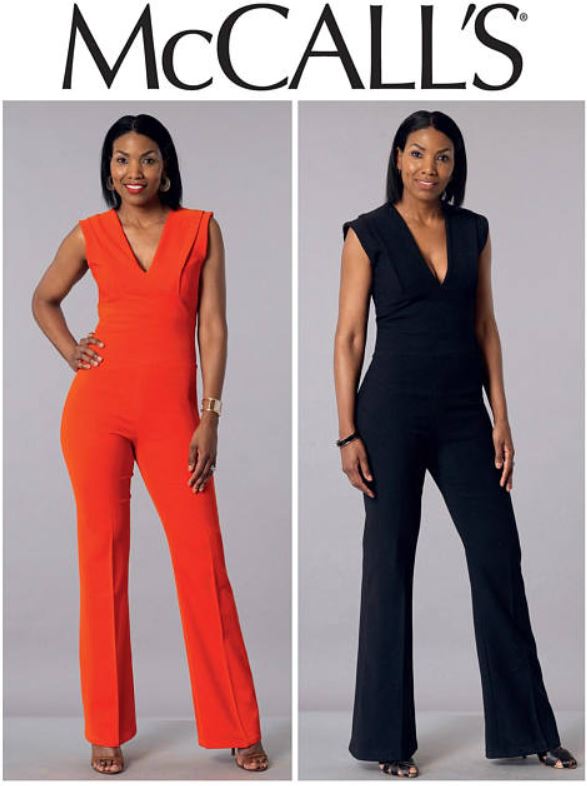 That is until now.  Jumpsuits are back again, even among older women who must have had better experiences than I did in the past.  It’s the fashion piece that will not die.

6 Responses to The Jumpsuit—A Style that Will Not Die