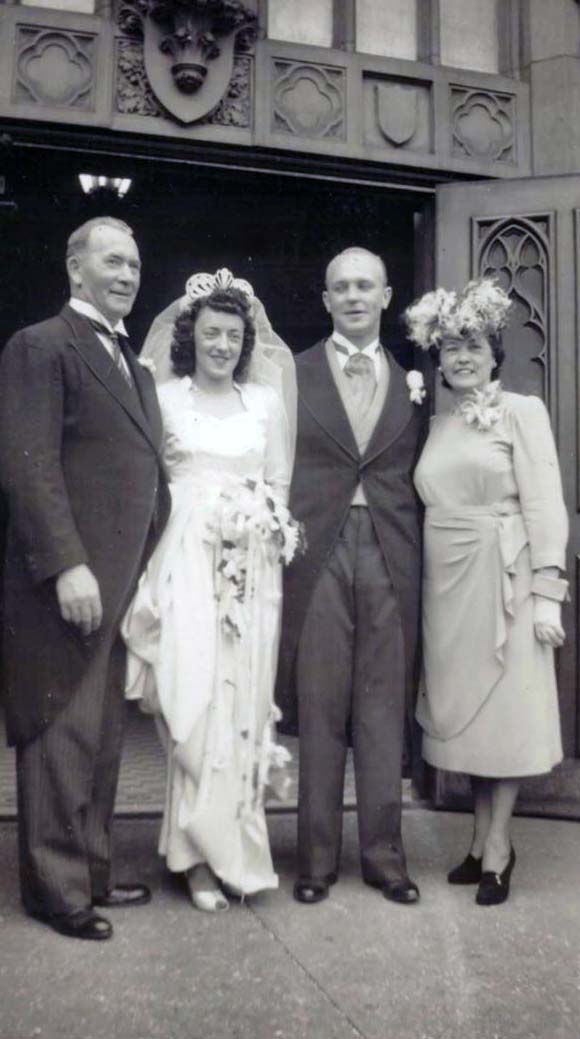 John and Bessie McHugh at their daughter Marge’s wedding, October 18, 1947. Click to enlarge

The Mother of the Bride dress above, worn by Bessie McHugh, is a good example of post war fashion on the eve of the “New Look.” The skirt is longer than the length fixed during World War Two, which was regulated to hit just below the knee in order to save fabric.  The draped panel on the front is another example of fabric exuberance. As the very knowledgeable Jen Orsini pointed out, one big difference between immediate post war styles and Dior’s designs was the hand of the fabric.  Dresses in the immediate post war period were made of drapey fabric, while Dior’s designs were often made of stiffer textiles that held their shape. 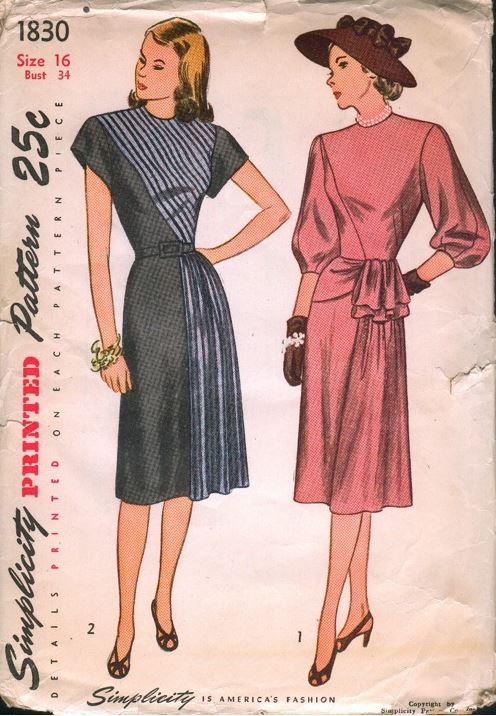 Bessie is probably in her late forties or early fifties here.  She has another figure style sometimes seen on older women—the missing waist.  Did she have her well fitting dress made for her? Did she make it herself?  The Simplicity pattern on the right above from 1946 has some similar lines.

Refashioner extraordinaire Eimear Greaney from Ireland sent me this photo.  Her relative John McHugh emigrated from Ireland to the United States, joining the vast Irish American community.  My great grandmother and grandfather were among them.  I have many more photos from Eimear to share. Stay tuned.

This entry was posted in 1940s and tagged generations, special occasion. Bookmark the permalink.