What to Wear on a California Vacation, 1914 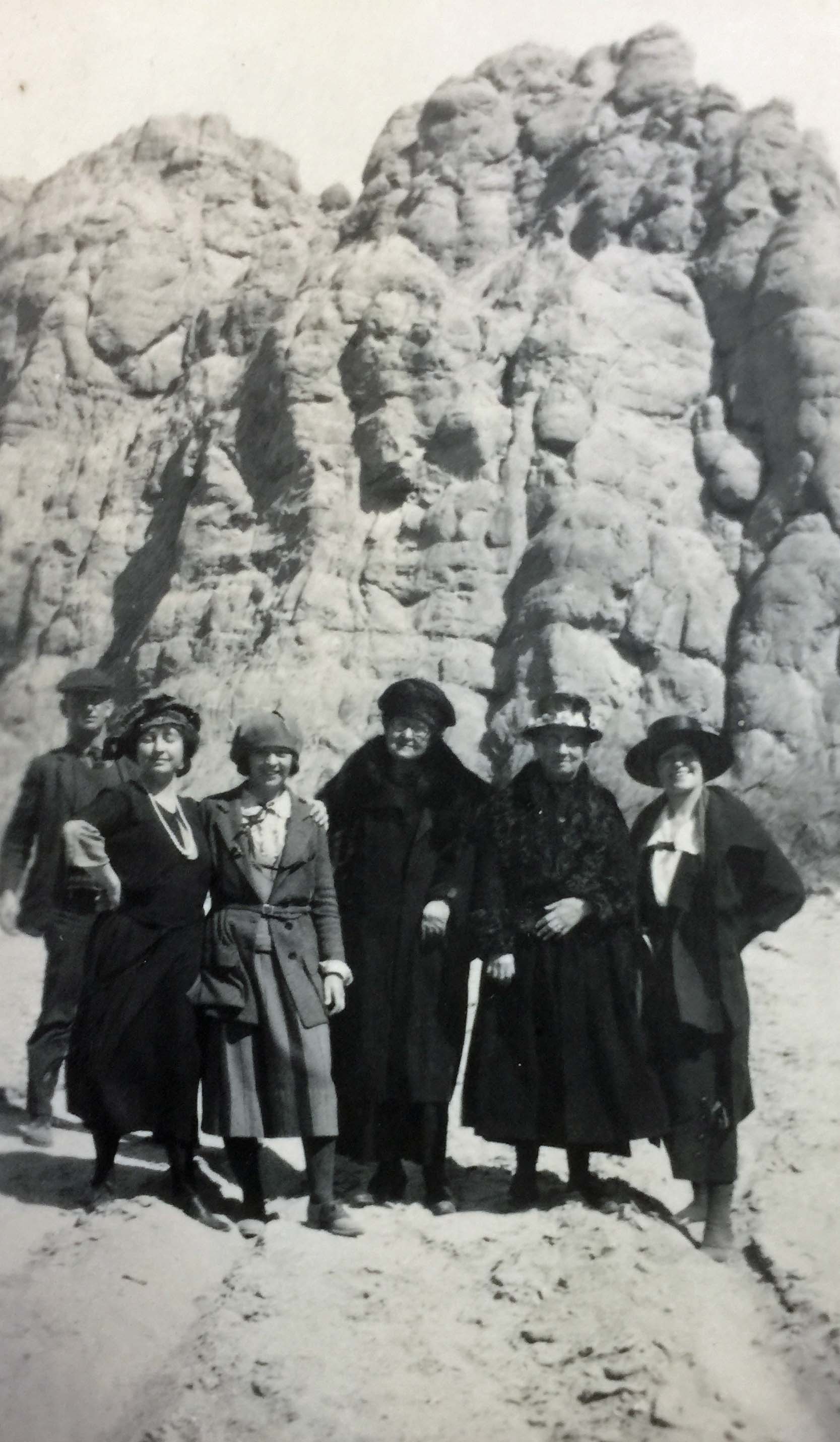 Although this group had hiked up a small hill for the photograph, the chauffer-looking fellow in the background makes me think that they were probably traveling by car.  Some had dressed for exercise more than others.  The youngest woman, second from left, might have made it through some rough terrain with her short skirt, heavy socks, and saddle shoes.  The woman directly to her left, though, apparently had no intention of hiking. She looks like she had just left a lunch party in her hotel.

The oldest woman at the center was the most bundled up. My guess is that it was probably winter when the photo was taken.  When she heard she was making a winter trip, she brought along her warmest clothes, including a heavy coat, not imagining that a winter in California could be quite warm.

Note the array of hats, not one alike!  I think the simple, wide brimmed style in the far right was best suited for the winter sun.  But doesn’t her skirt look extremely narrow?

The Gimbel Book: Paris, London, and American Styles, 1910
Seventy Years Young by Emily M. Bishop
A Uniform for the Old--A Lace Collar on a Black Dress
This entry was posted in 1910s and tagged California, coats, generations, hats/headcoverings, shoes. Bookmark the permalink.

3 Responses to What to Wear on a California Vacation, 1914