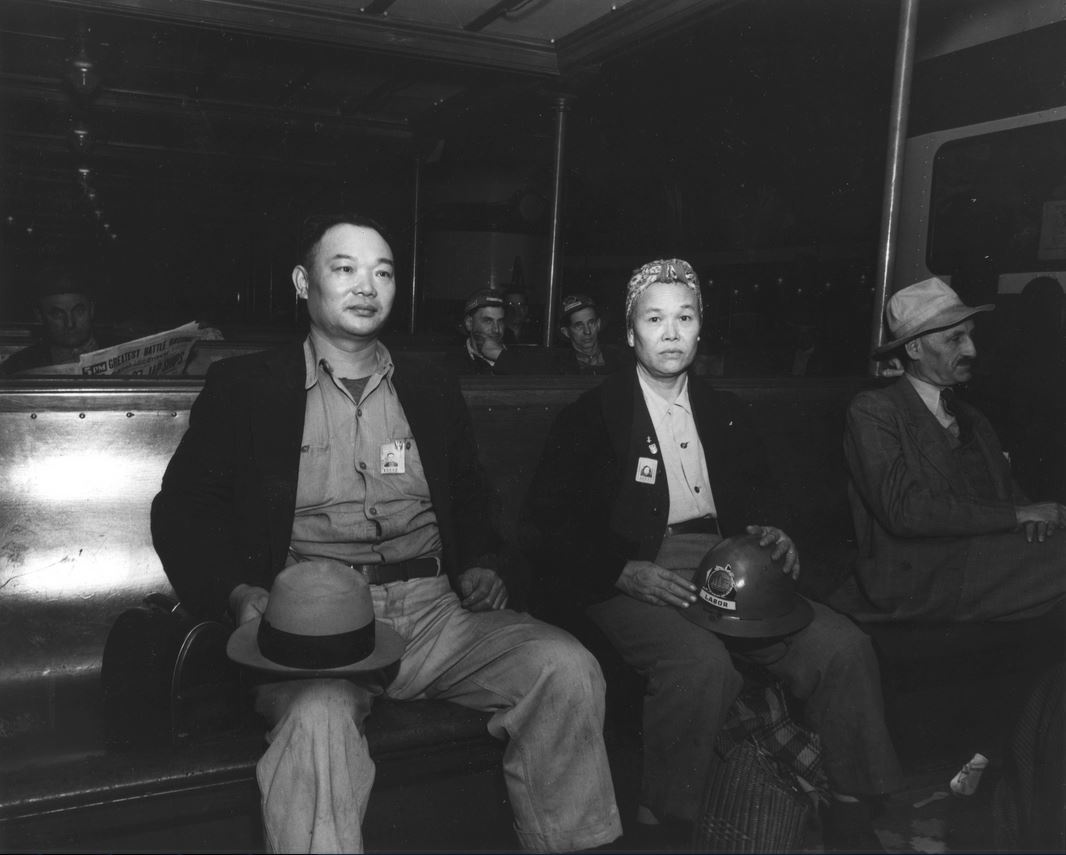 On a recent visit to relatives in the San Francisco Bay area, I went to the Oakland Museum’s exhibit, Dorothea Lange–The Politics of Seeing.  The museum is the depository of Lange’s archive, so it was a chance to see some of her lesser known photos.  The one above was new to me.  Luckily I can spare you my iphone snap, since I found it reproduced on a history site put out by the museum.

Not only was the photo unfamiliar, so was the theme.  It shows Chinese American workers heading home on the ferry that sailed between San Francisco and the giant ship building facilities across the bay in Richmond during World War Two.  I knew the war had opened up opportunities for African Americans, but had never seen evidence of new work for Chinese Americans. According to the Oakland Museum’s California history site, some 15% of the Bay Area’s shipyard workers were Chinese American. Lange is well known for documenting the fate of Japanese Americans on their way to interment camps, but this was the first of her photos I had seen that featured California’s other important Asian population.

The older Asian American woman featured above wore the outfit of a shipbuilder, with sturdy pants, a kerchief to protect her hair, and a hard hat on her knee. Enlarge the photo to see the label “labor” on her hat. Before the war she might have had a service job in San Francisco’s Chinatown, but the opening of the shipyards gave her the chance for a better paying union job. Instead of a lunch box, she carried her food in a straw basket with a plaid napkin. It’s an elegant touch to her workaday attire.

Anna May Wong, Aging
The Hip Shelf
Vera in Blue

This entry was posted in 1940s and tagged Asian American, California, hats/headcoverings, pants. Bookmark the permalink.