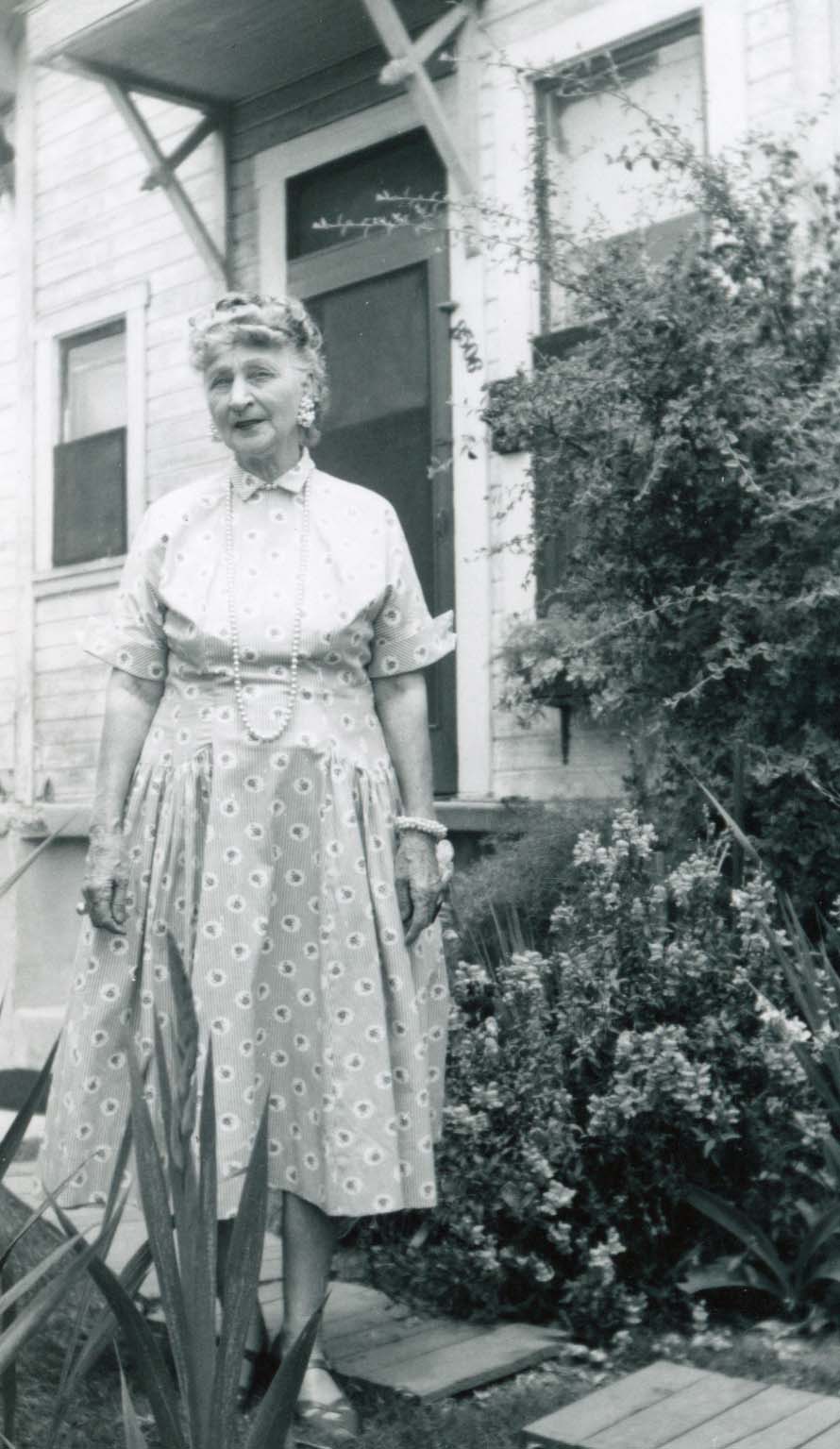 Although I know nothing about the woman depicted in this photo, beyond her name and the date noted on the back, I am quite certain that she was a free spirit.  Her dress is a very interesting shape, fitted through the bust, waist, and high hip and then opening up into a fuller skirt along a curved seam.  It’s a different cut from the two dominant silhouettes of the early to mid 1950s, either a slim skirt or a full skirt starting at the waist. 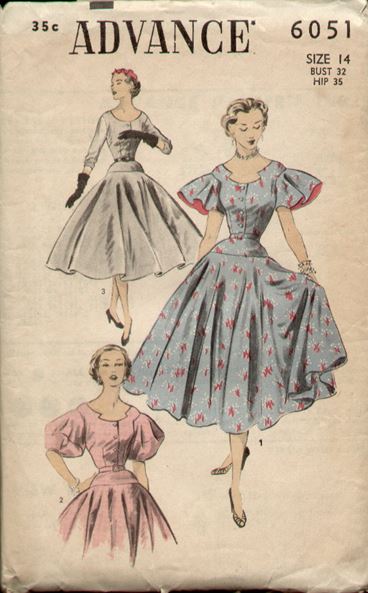 I like to imagine that she made this cheerful dotted dress herself.  A 1952 pattern from Advance has a somewhat similar shape.  Perhaps Miss Allen herself came up with the idea of the high cuffed sleeves that look like small wings.

Be sure to enlarge the image so you can see the great care Miss Allen took with her jewelry. To go with the dots on her dress, she chose range of accessories made from round beads. Take a look at the long 1920s-looking pearl necklace, the beaded bangle, and the very large beaded earrings. To complete the theme, it looks like she also has on a very large cocktail ring.  Although she is not wearing the newly stylish high heels of the fifties, she is also not in the sensible shoes so beloved of her age group. She does not look at all like the Mrs. Exeter-style of older woman, who always dressed in a subdued version of the latest fashion.  Instead, she has found her own way.

This entry was posted in 1950s, General and tagged jewelry, shoes. Bookmark the permalink.