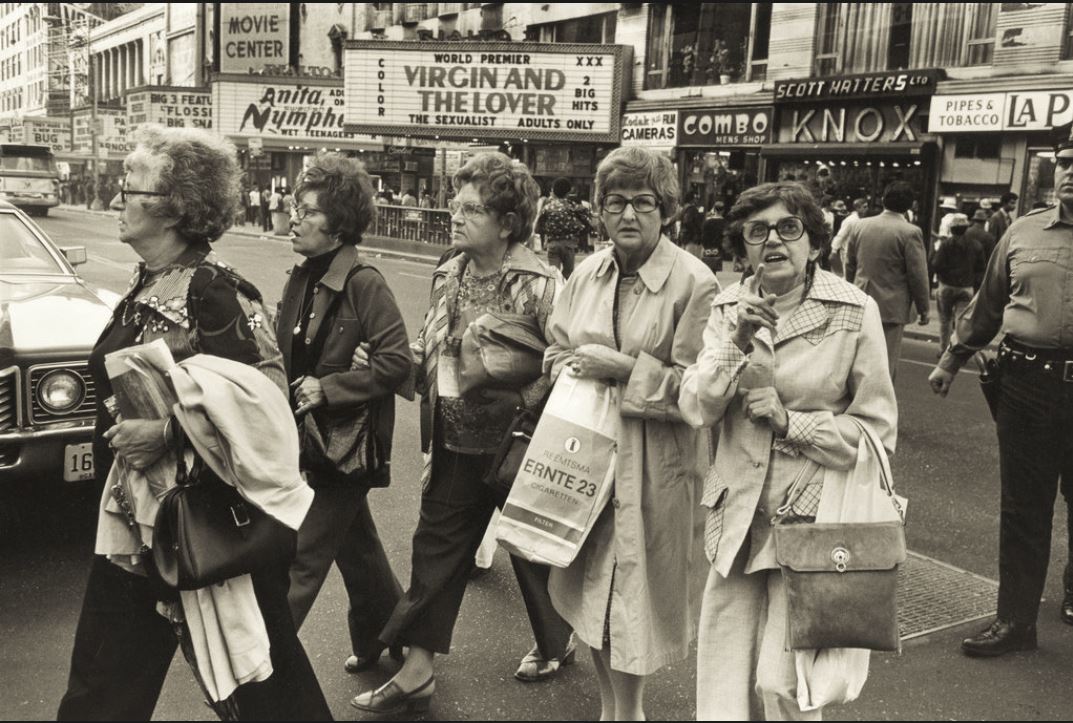 Kenneth Siegel, via the New York Times. Click to enlarge

Today Times Square in New York City looks very different than it did before its big clean up in the 1990s.  It used to be a hub of prostitution, adult bookstores, and sex shows.  You can see evidence if you look at the marquees in the background behind this group of older women.  A few don’t look very happy to be passing through what was once called “the cesspool of sin.”

My friend Sally, my go-to expert on American photography, sent me the link to this photo by Kenneth Siegel.  His archive, held at the New York Historical Society, only gives the date as sometime in the seventies.  It shows how quickly pants and pantsuits caught on in the decade.  Only one woman is wearing a skirt or dress.  The other four are in pants, many with the stiff, thick look of seventies polyester.  Bouffanty hair styles were obviously also in style for the older set.

I am fascinated by the woman on the right.  First of all, her look is different.  I think her pant suit is made of cotton, not polyester, with a kind of Western styling.  Her hairdo is less exuberant.  But most of all, she looks happy to be there.  Don’t you wonder what she was pointing at?  Perhaps it was a marquee even more explicit than “Anita Nympho.”