I wondered if Montgomery Ward stole this idea from Lane Bryant, the company best known for plus size clothing.  The short answer is no.  Looking through advertisements in the New York Times for the early twentieth century, I discovered that several different stores offered “extra” sizes for stout women.  What Montgomery Ward and Lane Bryant accomplished was to make these clothes available to a wide audience through their catalogs.

In its depiction of larger women, the Montgomery Ward aimed for some degree of verisimilitude. The drawn models were full-chested with faint double chins.  They did not look skinny, but they did look young.

But what of full chested, older women, who might have also benefited from the larger size range?  Why was no catalog copy directed to them? 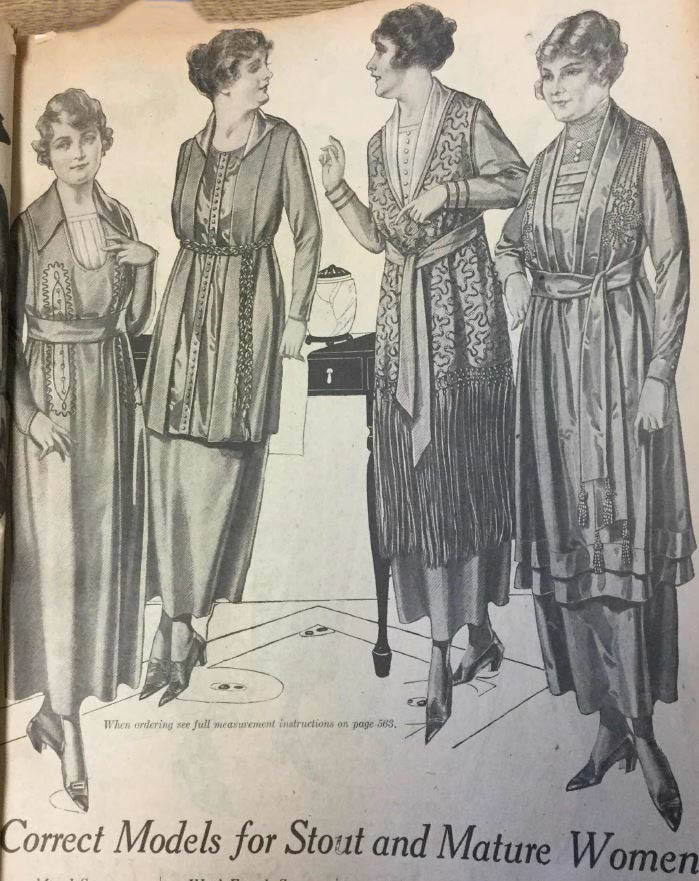 By 1919, the marketers at Montgomery Ward apparently caught on and changed their language at times.  In this offering, the stout and “mature” (aka old) were combined.

Dr. Mary Walker, A Pioneer in Pants
Dress and Culture in the Great Migration
The Easter Parade--A Dressmaker's View

This entry was posted in 1910s and tagged advertising, sizes. Bookmark the permalink.