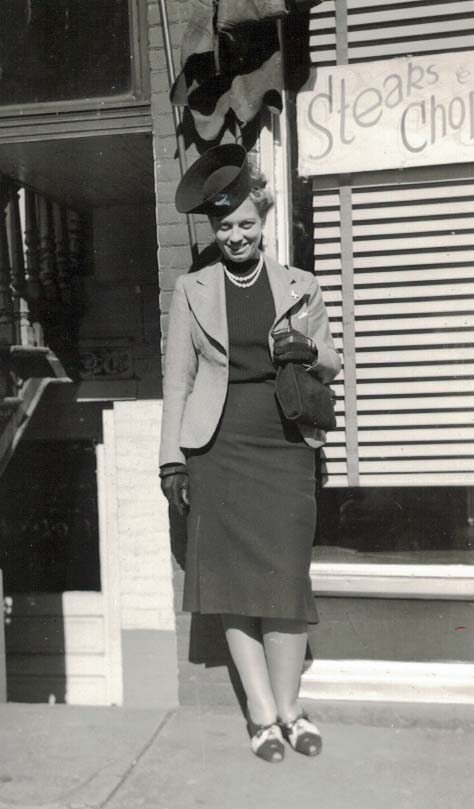 If ever there was a time for wild hats, it was the late 1930s.  Life magazine even did a special spread on hat madness in late 1937 called “Anything Goes as a Hat for a Woman.” It featured gloves, huge flowers, and gigantic bows on headgear, in addition to Schiaparelli’s famous shoe hat.  I thought the shape of the hat above resembled one called a “felt catchall.” 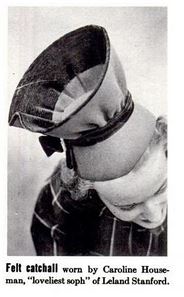 So the hat in my photograph has a late 1930s look, but what about the clothes? The skirt length seemed to be from about 1938, but the straight silhouette didn’t quite fit my image of the era. 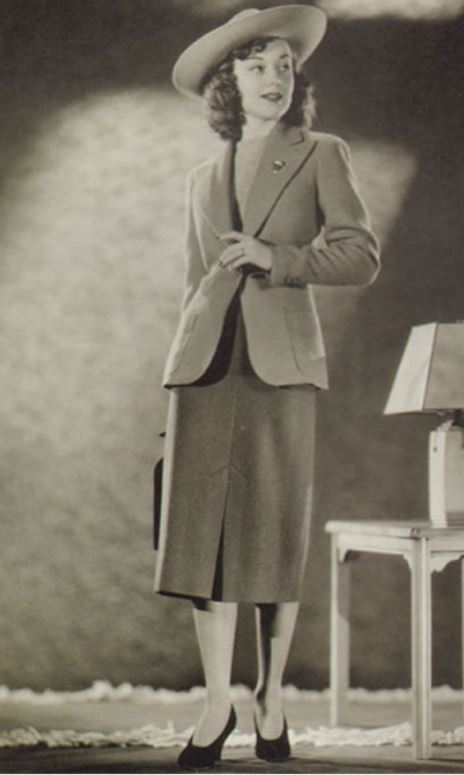 However, then I found this image from 1938 that was a close match the shape of the jacket and, to some degree, the skirt.

To add icing to the cake, Witness2Fashion featured a wonderful post on spectator shoes from that same year.  Some are similar to the ones my lady is wearing.

So I think this stylish woman was heading out to lunch around 1938. What do you say?

Georgia O'Keeffe in Pants
The Way they Wear their Hats, 1934
Dorothy Liebes—Celebrity Weaver
This entry was posted in 1930s and tagged hats/headcoverings, shoes. Bookmark the permalink.