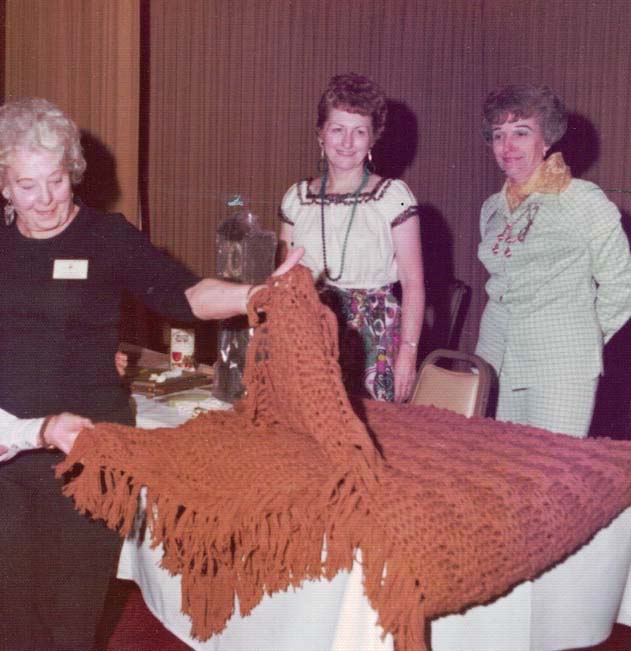 These brightly colored pictures might document a women’s club charity sale. Although they have no date, I think they come from the mid 1970s. My first clue was the lime green check pantsuit worn by the woman on the right.  In the seventies, older women began to embrace the style.

Sears carried a similar outfit in 1974.  It’s a shame that we can’t see the pants legs on the woman in green to check if she also wore bell bottoms. 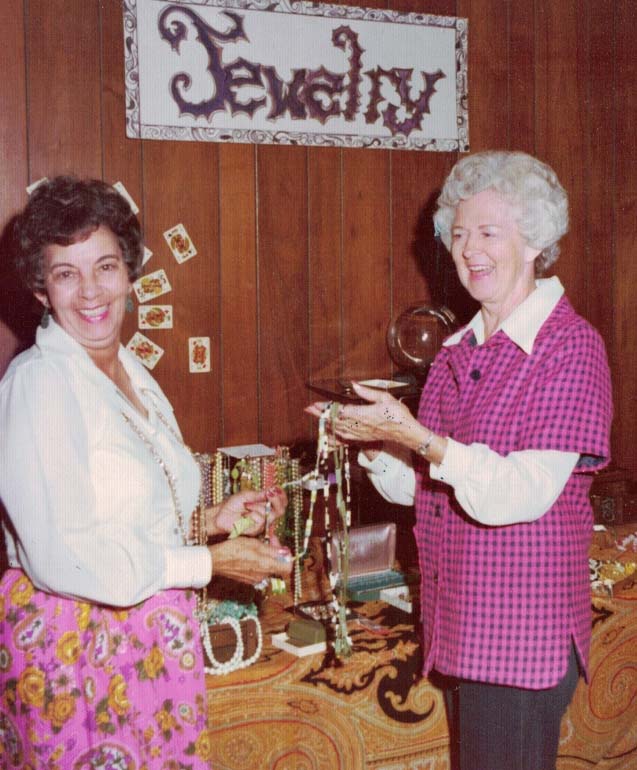 Big overshirts, like the one worn by the woman on the right, also filled the pages of Sears catalogs in the mid seventies.  Note that she is wearing dark pants with her shirt.  Might they even be jeans? 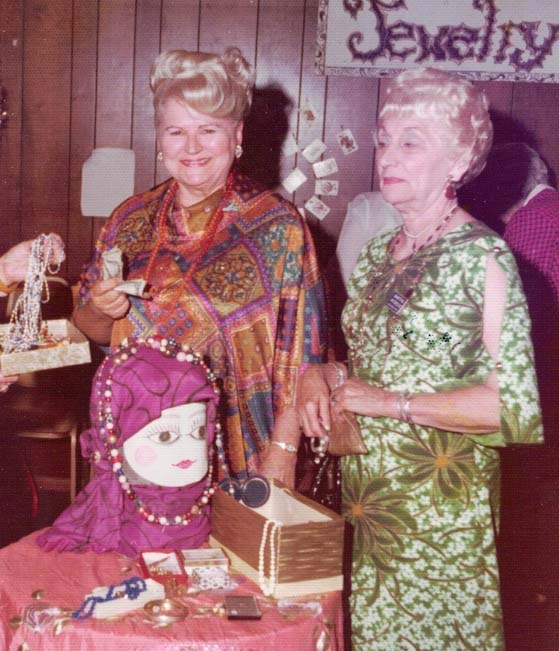 And who can forget the caftan, a favorite seventies style? The print on the left looks Pucci inspired, something one historian of seventies fashion has called “poaching off Pucci,” (Maureen Valdes March, Seventies Fashion Fiascos, 60.)

What trends do we see here?  Some of the women at this event had kept their big hair, while others adopted a shorter style.  Polyester made big inroads into wardrobes.  And obviously pants were now acceptable attire for older women, even at a women’s club event.