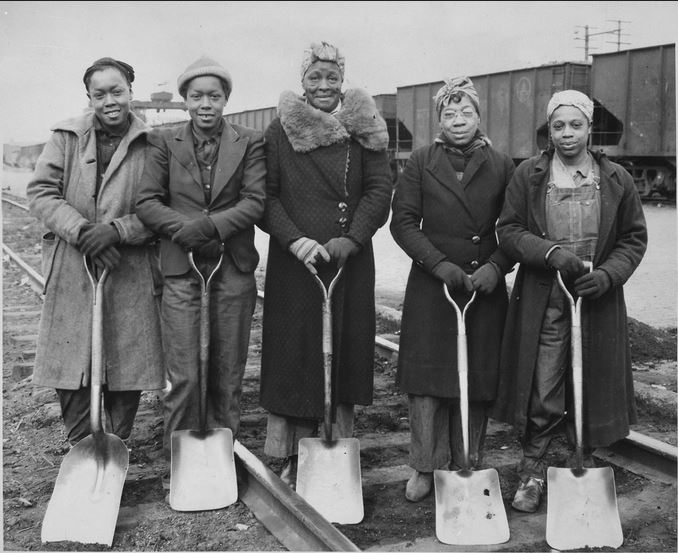 During the Second World War, women took on all kinds of jobs traditionally held by men. One was the position of “trackman,” someone who maintained railroad tracks.  The job still exists.

This photo from the Women’s Bureau at the National Archives shows five African American women of all ages at work on the Baltimore & Ohio Railroad.  The youngest two, at both ends, might be in their early twenties.  The oldest in the middle looks to be well into her fifties or even older. Were the crews segregated, or did only African American women get this hard job?

Following the photo, dress requirements for the job included pants, gloves, and sturdy shoes.  Three of the five women wear headscarves tied in three different ways. Since it appears to be cold, everyone has on a coat.

The real mystery is the oldest woman at the center, in a long coat with a big fur collar.  Did she wear it to work in, or had she dressed up for the photograph?

This entry was posted in 1940s and tagged African American, hats/headcoverings, pants. Bookmark the permalink.