The Garrison Family at Schroon Lake, 1908 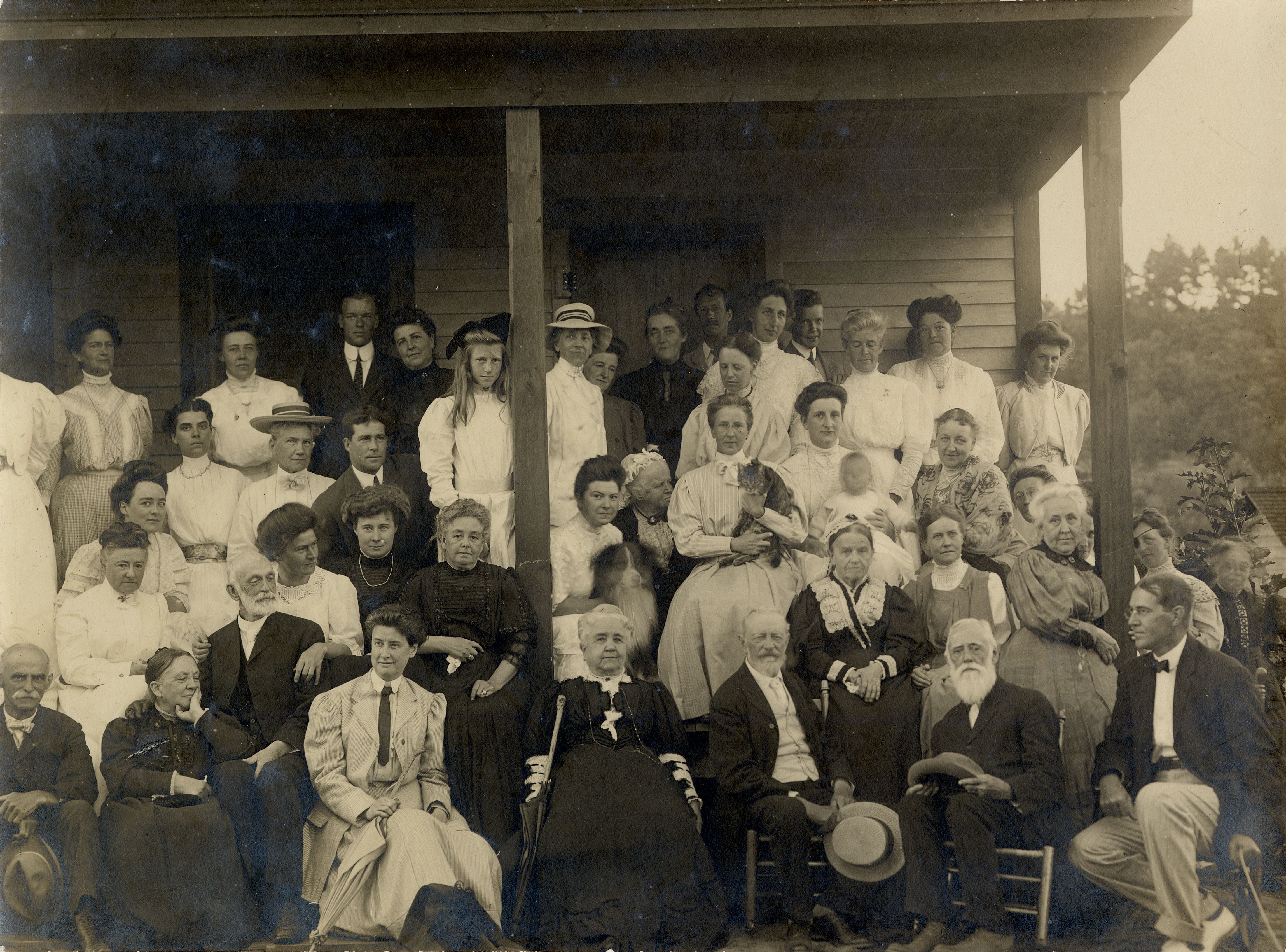 Well known for their progressive politics, the Garrison family was involved in the abolition movement, efforts to repeal the Chinese Exclusion Act, and the fight for women’s suffrage. This photo comes from the Garrison Family collection at the Smith College archives.  It shows them gathered for a vacation at a camp in the Adirondacks in upper New York State.

Most of the women wear light colors and high collars.  Those in dark dresses are predominantly older, a common color coding for the time. The matriarch in the middle has brightened up her dark outfit with white collars and cuffs.  The woman above and to her right has on the lace collar and cap of an earlier generation.  At the bottom, second from the left, is the feminist activist Ellen Wright Garrison in an austere looking black outfit.  Her hair is drawn back into a simple bun, not piled in the front in the popular Gibson Girl style.

I would love to know more about the middle aged woman sitting next to her in what looks like a traveling coat and a man’s tie, another popular turn of the century style. She looks ready to take on the world.

A Horde of Hats, 1900s
The Comedy of Clothes by Jessie Gillespie, 1914
Alva Vanderbilt Belmont, Older Icon of the 1900s
This entry was posted in 1900s and tagged accessories, colors, generations, hair, New York. Bookmark the permalink.

1 Response to The Garrison Family at Schroon Lake, 1908