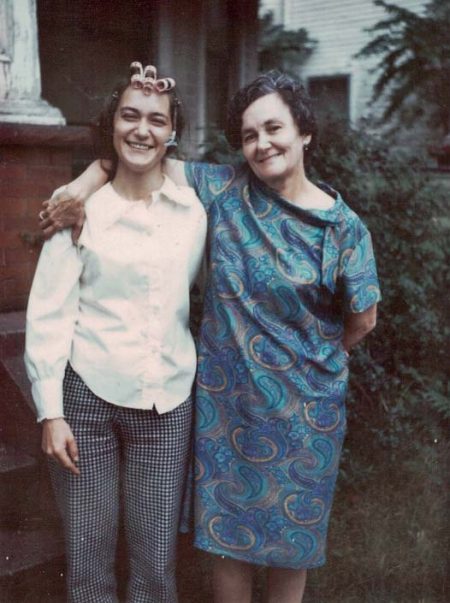 In preparation for Mother’s Day, I thought I would share some favorite Mother/daughter photos. This one is of particular historic significance because it memorializes the pink plastic curlers that I remember so distinctly from my youth. Was the daughter preparing for a big night out, or did the photographer catch her partway through her morning routine?

The affection between the two is clear from their smiles and the mother’s proud hug. I love the print on the older woman’s blue paisley shift dress, which looks like it comes just to the knee. It has a wonderful collar detail, called in one contemporary recreation a “sixties funnel roll neck.”  Here’s a similar style in a Givenchy pattern from the era: 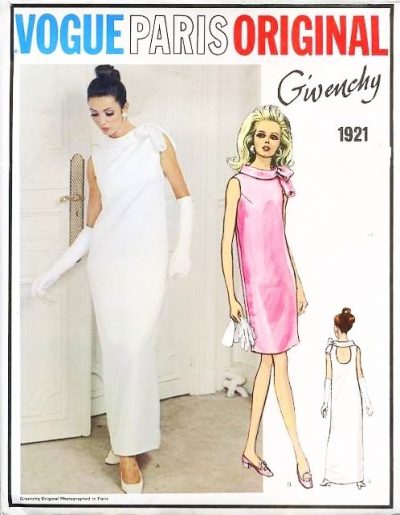 In her paisley shift dress, I think the mother looks more of the era than her daughter in this particular photo. But it is the younger woman who wears the pants.

An "Oriental Celebration," 1960
A Festive Evening at Howard University, 1963
A Granny in a Granny Dress
This entry was posted in 1960s and tagged generations, hair, pants, textile patterns. Bookmark the permalink.

3 Responses to Mother and Daughter, 1960s