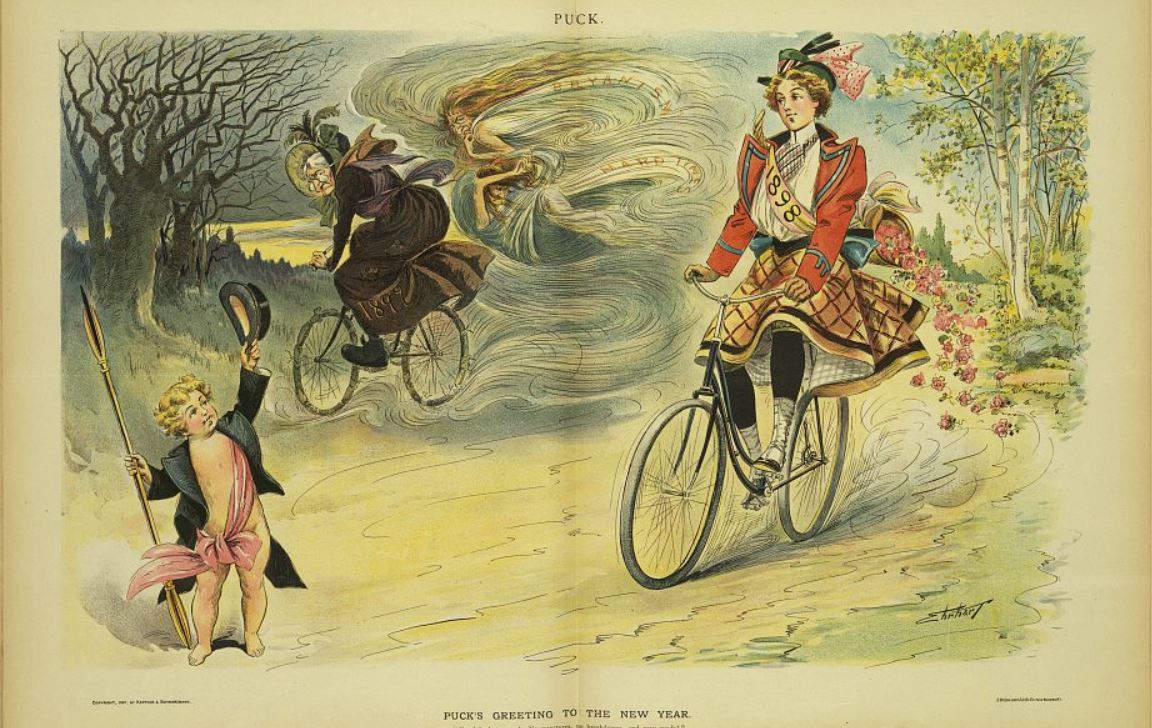 The satirical magazine Puck was not always nice to the new woman of the late nineteenth century.  In this drawing, however, she is presented as a breath of fresh air, bringing flowers and a taste of Spring. It is the old woman, all in black and heading for the denuded forest, who is a symbol of gloom.

Usually the old and new are played by men in New Year’s drawings.  Here two women—on bicycles no less—get the starring roles.  Perhaps the cartoonist, S. D. Ehrhart, was making a joke about just how ubiquitous women on bicycles were.  The old woman makes her exit in an old fashioned bonnet and long skirts. The young woman rides in wearing a stylish hat and a very short skirt with leggings underneath.  Viewers get a provocative look up her legs.

This drawing was a caricature, with only a faint relationship to current styles.  In fact, most “wheelwomen” tried their hardest to make sure that their skirts didn’t ride up in front.  And, despite much searching, I have yet to see a photo of an old women on a bicycle.  Maybe you have one to share?

Frances Willard Rides a Bike, 1894
Independence Day of the Future, 1894
Dr. Mary Walker, A Pioneer in Pants
This entry was posted in Pre 1900 and tagged generations, popular culture. Bookmark the permalink.