“That Woman” Clothing from Marlo Thomas 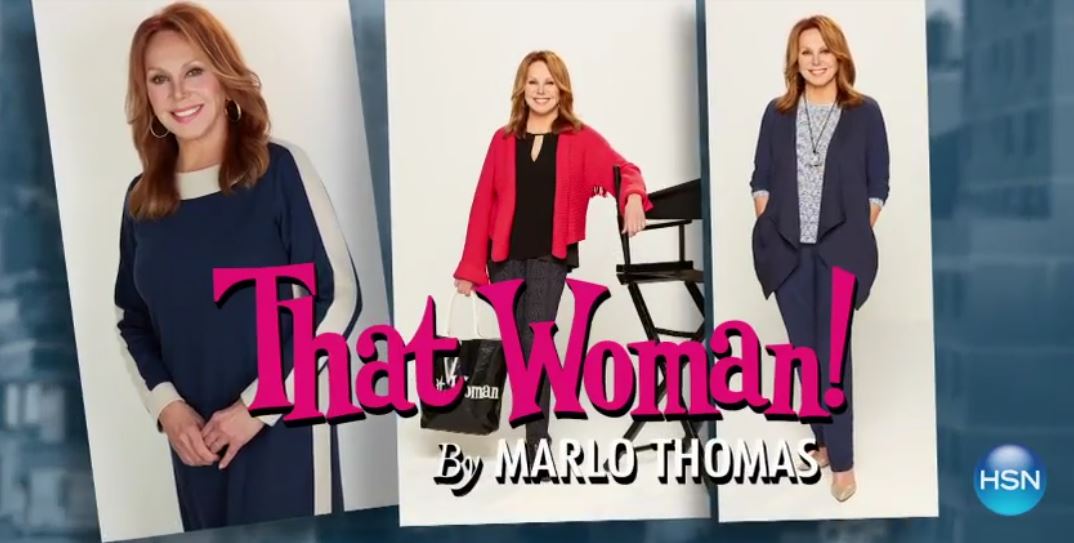 Yesterday’s New York Times had a story about a new clothing line started by actress and feminist activist Marlo Thomas.  It was a fun read but I didn’t learn much about the clothes, so I decided to look into it on my own.

Thomas calls her line “That Woman,” a reference to her hit television show “That Girl” which ran from 1966 to 1971.  Her target audience is women over forty.  In an interview with People magazine she said that “Stores today either give the older shopper a choice of looking like my granddaughter or my grandmother. So I thought, I’m just going to do it myself.”

What does she think the older woman needs?  Certainly comfort.  Except for one woven jacket, the clothes are all knits. The skirt and pants have pull-on waists.  The one sixties-inspired dress goes on over the head.  They need functionality too—the simply styled clothes all mix and match. Thomas likes color, and her tops come in navy, pink, turquoise, and red. Because she wants her clothes to be “a little bit flirty,” several of the tops show a little skin.  Her philosophy—be covered, but not covered up. She is often photographed in a lace up top from the line that shows a bit of cleavage.

After taking a closer look at the clothes on the HSN site, I was surprised at how ordinary they were.  Except for the dress, I didn’t see all that much difference between Thomas’s line and the other clothes sold on the network. That isn’t too surprising, since the average HSN shopper is 59 years old. The fabric didn’t inspire me either. Polyester predominates in the pants and jackets. The tops are cotton and rayon blends. 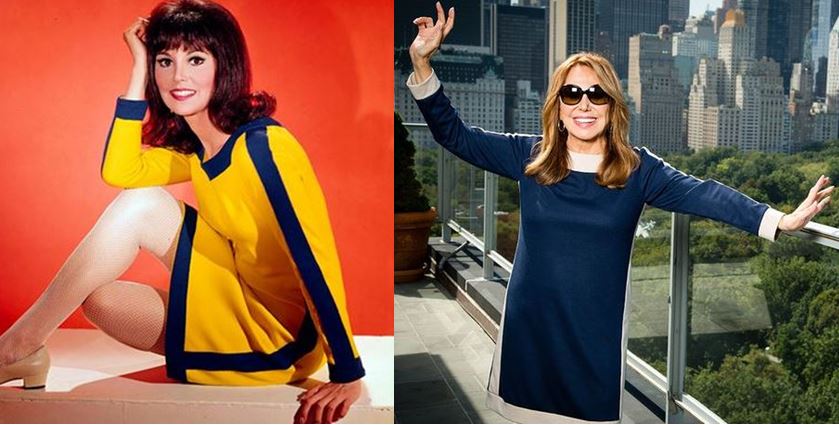 But there is something refreshing about a line that states so boldly that it targets the older woman. Thomas’s size structure backs her up, with all styles in a range from XS (a 32” bust) to 3X (a 53” bust.)  And lets face it, these day it isn’t all that easy to fit a color blocked sixties style dress no matter where you look.

This entry was posted in 2010s and tagged colors, designers, sizes. Bookmark the permalink.

2 Responses to “That Woman” Clothing from Marlo Thomas