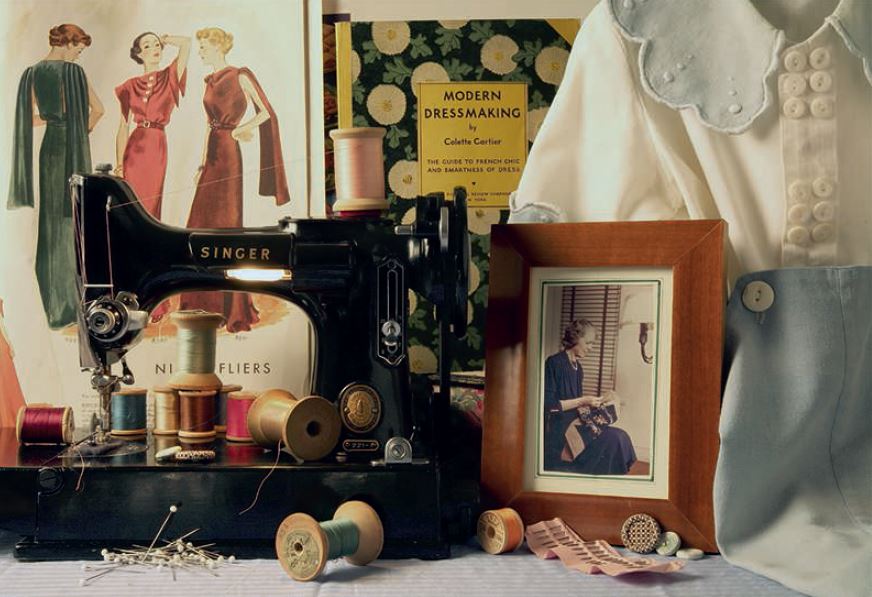 Sewing implements from the Roddis collection, photograph by Doug Mindell

How do we know what people wore in the past?  There are many places to look—family photographs, letters, receipts, and of course the clothes themselves.

Now imagine if you had all of these things and more, including pattern books, tear sheets from magazines, and a sewing stash. That is the case with the Roddis family of central Wisconsin. Everyone cared about clothes and one remarkable family member, Augusta Roddis, was a packrat with a large house to fill. This led to a unique collection of documents and clothing that is the basis for the book American Style and Spirit: Fashions and Lives of the Roddis Family, 1850-1995.

The book is more than a companion volume for the clothing exhibit now at the Henry Ford Museum. It is an intimate history of a well-off, well-educated small town family spanning the twentieth century. We learn how the family made its money, educated its children, and contributed to the community.  We also discover how and where they shopped and their philosophy of dress. 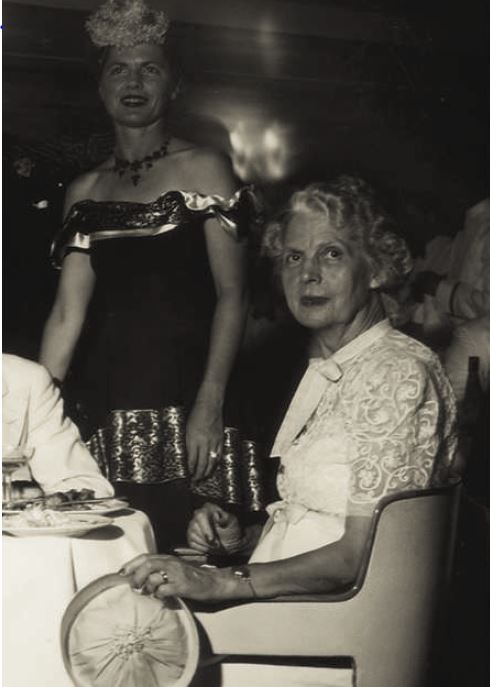 Two characters emerge most clearly in this study—the family matriarch, Catherine Prindle Roddis (1882-1964) and her daughter Augusta Roddis (1916-2011). Catherine came from a thrifty Methodist family and had excellent sewing skills. Even as the Roddis family became wealthy after World War Two, she did not change her approach to clothes—look to current styles, but stay on the conservative side so you can wear items long as possible. The records show that she wore the white lace dress pictured above many times over a period of at least seven years. 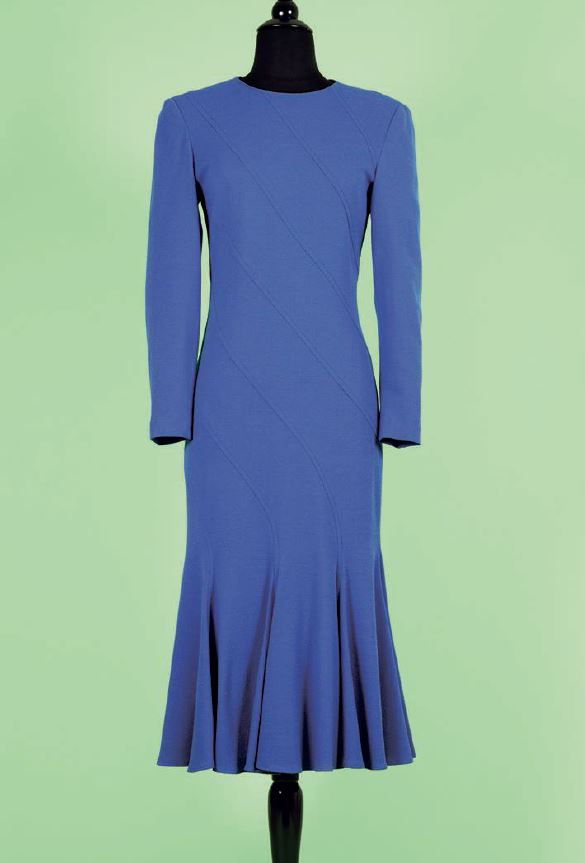 Her daughter Augusta was the keeper of the family archive. Passionately interested in clothes, she spent $35 on a designer dress in 1934 in the midst of the Depression, which would be worth about $485.00 today. On a trip to Paris after the war, she bought twenty pairs of gloves. But she also made her purchases with an eye to the future. Twenty years later she was still wearing the gloves. As she aged, her tastes became more conservative, favoring high necklines and long sleeves.  But she still indulged in statement pieces, like the swishy bright blue bias cut dress bought when she was in her late sixties.

This book is a visual treat and an antidote to America’s current throw-away approach to clothes. It is also an introduction to a treasure trove of documents, now housed at the Wisconsin Historical Society, that could be used for many a research project.  To name one tantalizing example—Augusta’s four sisters all took to wearing pants, but she never did. Perhaps the family letters could help to explain why.

Hunting for Half Sizes, Part One
Be Who You Are: The End of Fashion Advice?
The Bridge Ladies
This entry was posted in General and tagged book review, generations, sewing. Bookmark the permalink.