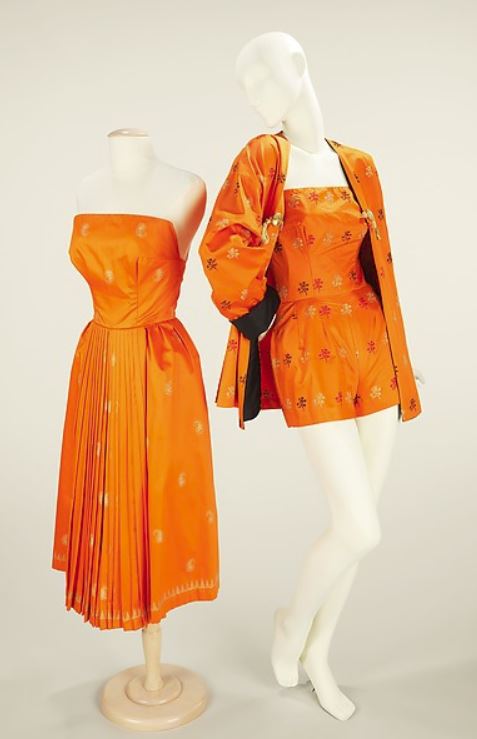 Metropolitan Museum of Art. Click all images to enlarge

If you like to travel, envy the life of mid century American designer Carolyn Schnurer (1908-1998). During World War Two, she convinced the British Overseas Air Company, the department store Peck and Peck, and a number of American textile manufacturers to sponsor trips to exotic locations around the world. When she returned from each adventure, she created a clothing collection inspired by what she had seen.

In late 1950, she unveiled her new collection “Flight to India” at the Brooklyn Museum. You might think with all the research tools that we have at our finger tips these days, it would be easy to figure out all the pieces.  Not so.  The Metropolitan Museum of Art has a number of designs, which originally came from the Brooklyn Museum, along with samples of the textiles she created. Vogue documented some of the collection.  I also searched through any number of local newspapers, which added pieces I didn’t find elsewhere.  But nowhere did I come across a complete list. 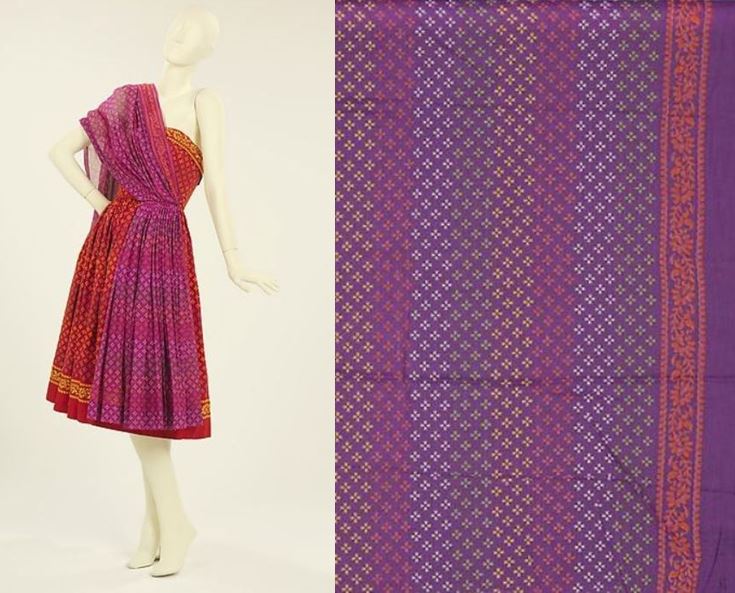 Schnurer was well known for using foreign textiles as an inspiration for American manufacturing.  In this regard, she was following a well known path forged by others working with the Brooklyn Museum. She was unusual in that she collaborated with a number of different American firms, including Dan Rivers, Fuller, ABC Fabrics, Galey and Lord, and Celenase.  Her textile designs were covered enthusiastically by the new journal American Fabrics. 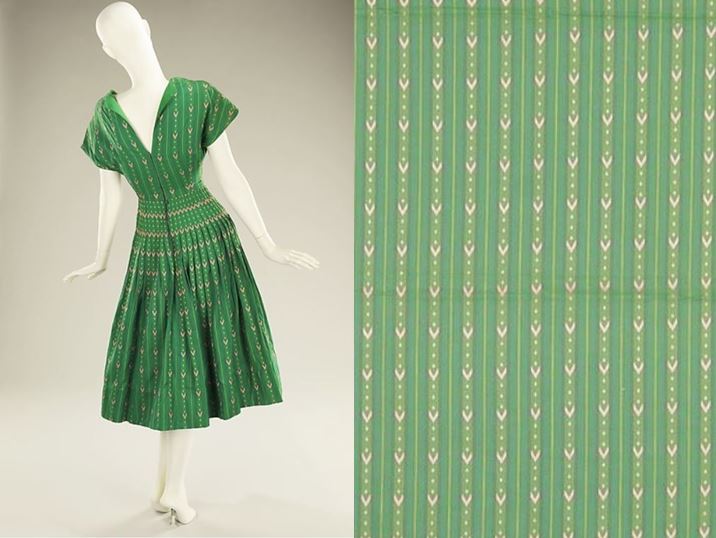 The designer also won praise for her ability to translate elements of foreign design into shapes that American women wanted to wear. As one unnamed New York Times writer commented, “The fashions that result from the Schnurer expeditions are never of the costumey variety; foreign influence is there but expressed subtly.  It is seen in the fabric designs, for Carolyn Schnurer works closely with manufacturers of materials.  She brings them new colors, weaves, textures from remote lands to be quickly translated into types adaptable to the clothes American women love.” (NYT June 1 1953.) 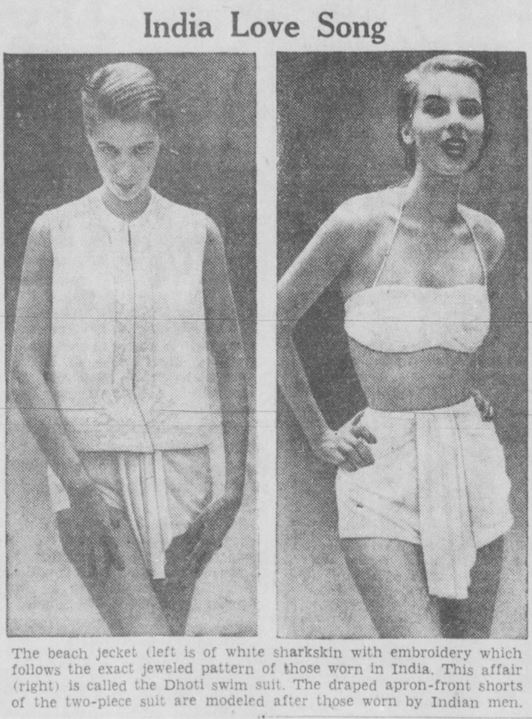 I used a trial subscription to Newspapers.com to discover how the collection was presented to Middle America.  With all the colorful fabric Schnurer designed, I was disappointed to see that it was a simple white outfit that captured the most attention. “Dote on the dhoti,” reads the ad copy. “Our daring, baring, two piece swim suit.”

A Navajo Fourth of July, 1953
An Evening in India
Mrs. Exeter's Favorite Brands
This entry was posted in 1950s and tagged designers, New York, textile patterns, textiles. Bookmark the permalink.