Lou Hoover at the Sewing Machine, 1932 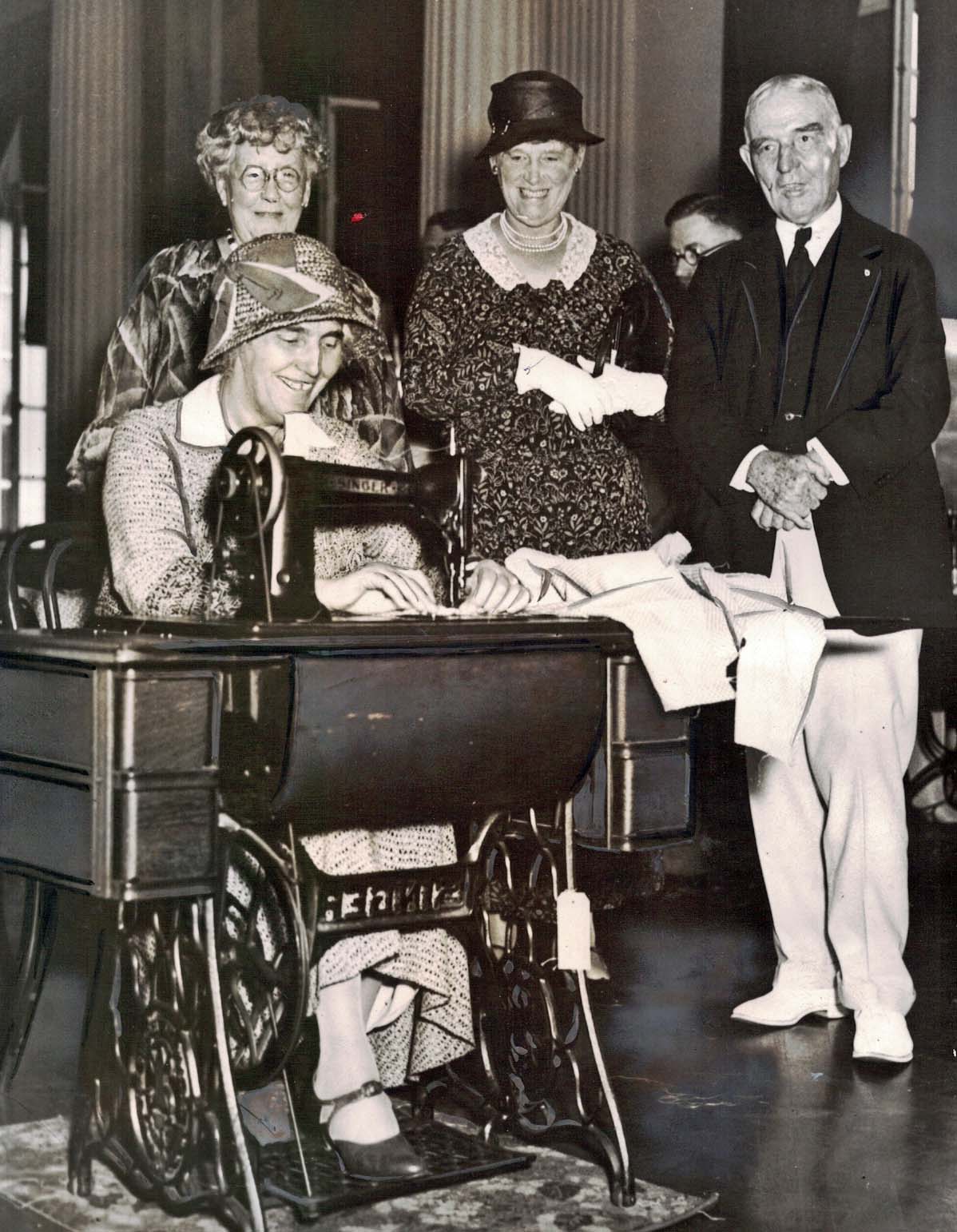 A sucker for anything sewing related, I snatched up this ebay photo of Lou Hoover (1874-1944), wife of Herbert Hoover. I had never given Herbert Hoover’s wife any thought, but just a little research on the First Ladies website reveals an interesting life. Highly educated, she received a BA in Geology from Stanford University, the first woman to do so from that institution.

This photograph from September 1932 shows her sewing “clothes for the needy” at the Red Cross headquarters in Washington DC.  Like her husband, Lou Hoover did not believe in direct government involvement to help the poor, but she did favor philanthropic efforts. Just a few months after the photo was taken, the Hoovers would be ousted from the White House for their hands off approach to the Great Depression.

And what was she wearing?  It looks like a dress with a long skirt, quite in tune with the fashion shifts from the late 1920s to the early 1930s.  Covered with a small print, the dress has an interesting sleeve detail.  She wears a matching cloche hat.  Although most closely associated with the 1920s, the cloche continued in popularity well into the thirties.

Lou Hoover was known as a stylish dresser, insisting on American made clothes. In 1932, she began wearing only cotton in an effort to promote the American cotton industry. One can’t help wonder if it was also a ploy to appeal to average voters.

She was involved in many causes, but is best known for her advocacy of the Girl Scouts. After leaving the White House in 1933, she took over the national presidency.  Under her watch, the Girl Scouts started their famous cookie drive. Indirectly, we have her to thank for the Thin Mint.