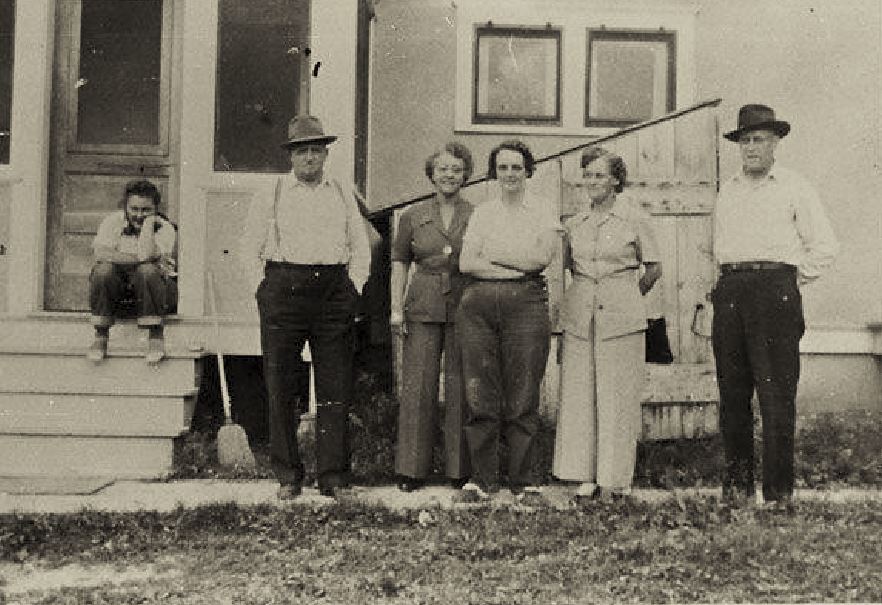 This photo comes from the University of Montana, via the Digital Public Library of America.  Note that all the women, from young to old, are in pants.  We know a lot about the snapshot, including the location (Bonner, Montana), the photographer (Jack Demmons), and the names of some of the people. Unfortunately there is no date and nothing to tell us just what was going on. Did these women typically dress in pants, or was there some special event that inspired their outfits?

While the younger women in the photo are in jeans, the two older ones in glasses are wearing coordinated pants outfits, called “slacks suits,” that were popular during World War Two. 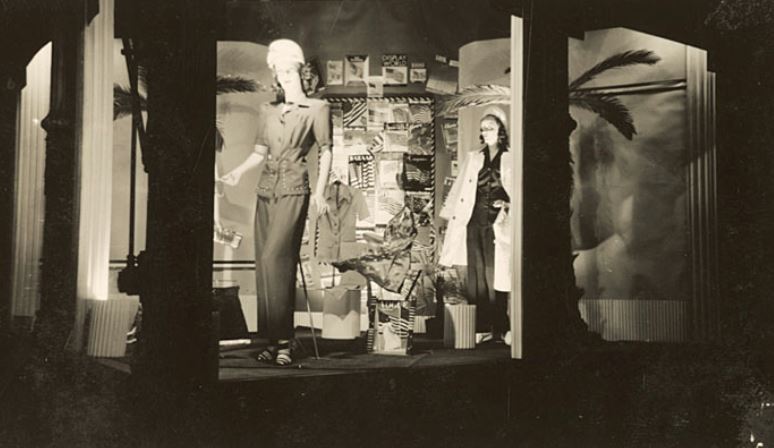 Such an outfit is on display in this photo of a department store window in Manitowoc, Wisconsin in 1942, certainly evidence that such styles were in wide distribution. 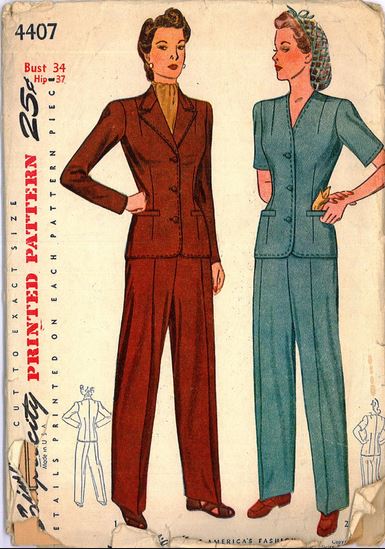 They also might have sewn their own, made possible by this 1942 Simplicity pattern.

I have always associated slack suits with younger women, perhaps because they were fashion forward at the time.  But this photo is evidence older women also saw the practicality of these new styles.  While the outfits were most likely bought or made during World War Two, this photo might be from after the war.  Note that the top worn by the woman on the right doesn’t fit that well anymore.

Dorothy Liebes—Celebrity Weaver
Making Clothes for the Older Woman
Birds of a Feather
This entry was posted in 1940s and tagged Montana, pants, World War Two. Bookmark the permalink.