You Can Keep Your Hat On 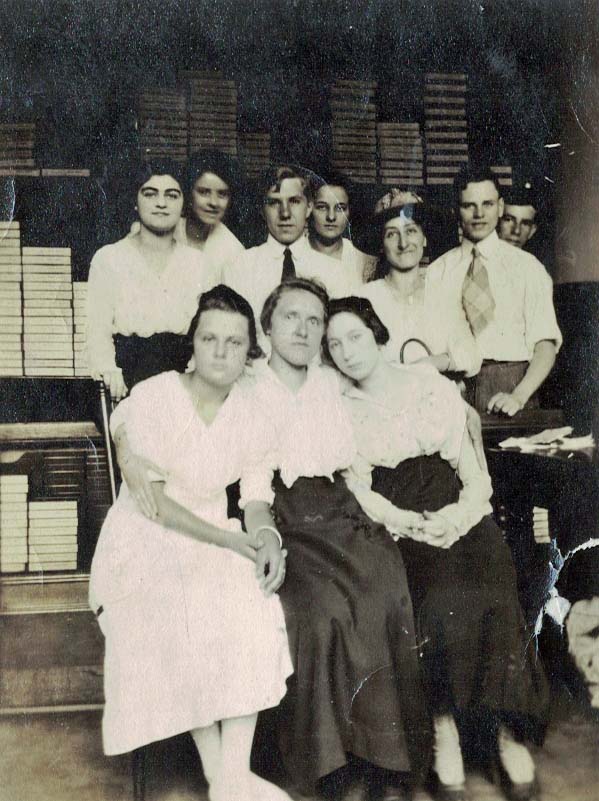 How do women in positions of power establish their authority in a work environment?  These days it is done through clothes, but it used to be done with hats.

I’ve read many memoirs about women editors at fashion magazines being told to wear a hat to work; it set them apart from the secretaries.  Perhaps that is what is going on in this photograph.

Given the prevalence of shirtwaists and shorter skirts, I estimate that it was taken in the 1910s.  The piles of books in the background suggest that it might be a publishing house or bookstore. All of the fresh faced young women are bareheaded, while the older woman in the back row wears a hat.  Perhaps she was the bookkeeper or manager of this cheerful young crew.  In this case, age and status went together.  But one can imagine a situation where a younger woman was supervising an older staff.  In that case, the hat would have shown anyone who was in charge.

Panta-loons by Jessie Gillespie, 1914
At the Overlook, Late 1910s
Grandmother Smith with Ting and Ling
This entry was posted in 1910s and tagged generations, hats/headcoverings, power dressing. Bookmark the permalink.

3 Responses to You Can Keep Your Hat On