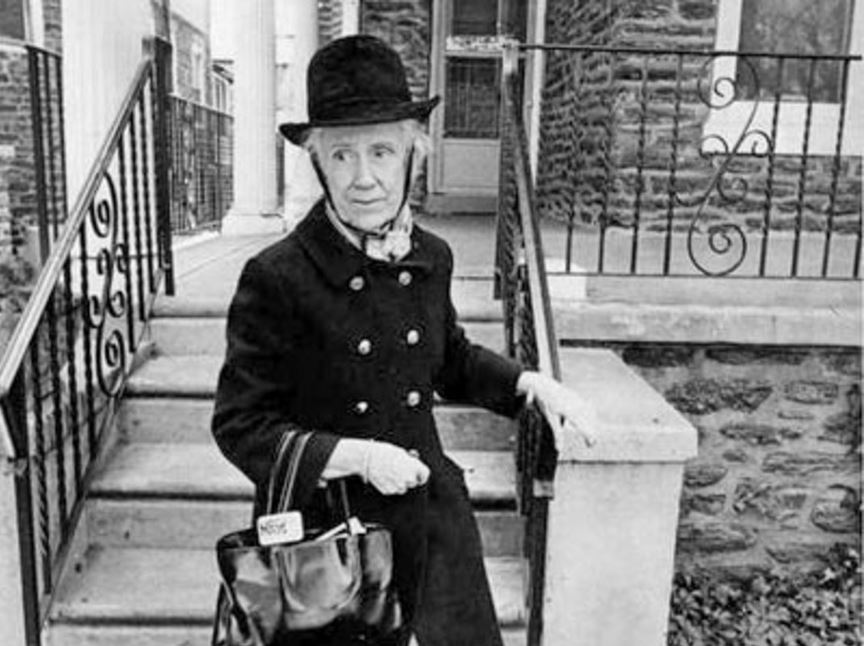 When Maggie Kuhn (1905-1995) was forced to retire once she turned sixty-five, her coworkers gave her a sewing machine.  They had seriously misjudged her retirement plans.  Kuhn had worked as an organizer all her life, first developing programs for working women in the YWCA and then involved in social justice issues for the Presbyterian Church. Instead of staying home, Kuhn decided to start a new organization advocating better lives for older Americans.  With a little tongue in cheek, she called her new group  the Gray Panthers. Her aim was not just to advocate for older citizens, but to transform society to value the aged.

If you ever feel discouraged by the aging process, I suggest you read Maggie Kuhn’s autobiography, No Stone Unturned. It shows a woman of tremendous energy and creativity who refused to accept that aging meant moving out of the mainstream of life.  She disliked special homes for the elderly, advocating inter-generational housing. Her own home in Philadelphia was open to generations of students, who helped care for her disabled brother and eventually for her. She was a fierce opponent of mandatory retirement, arguing that people above the age of sixty five still had much to contribute to the workforce.  She likened the Gray Panthers to early feminist organizations, organizing this time around the issue of ageism.

In her memoir, Kuhn talks frankly about sex.  She had affairs while in college and throughout her working life, but decided never to marry. When she was in her seventies, she had a year long relationship with a man fifty years her junior.  One of her big complaints was that society viewed older people as sexless. 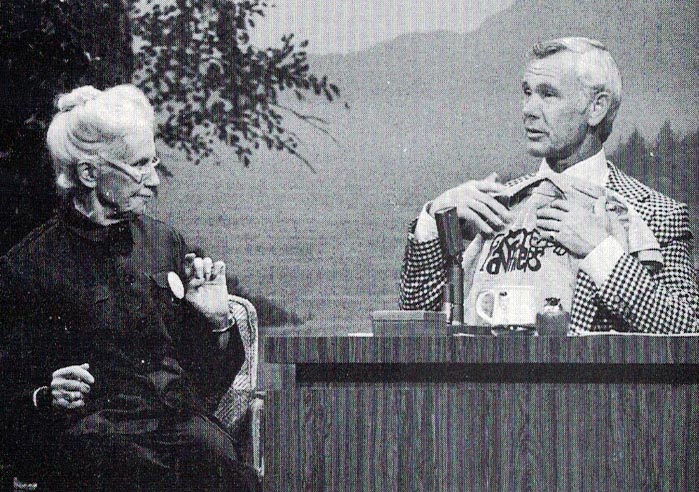 With Johnny Carson, 1974. From No Stone Unturned

Many photos of Kuhn in later life show her dressed in what we might call old lady outfits, with long dark dresses, grannie glasses, and her hair drawn back into a bun. But in her memoir she reveals that she loved clothes, especially hats. Well into her eighties, she would go on shopping sprees with her younger housemates.  Kuhn knew that clothes had the power to shape people’s perceptions.  When she appeared before conservative groups in the fifties and sixties she took care to wear a prim hat.  She used her more conventional outfits to disarm people. When she appeared on the Johnny Carson show, for example, her clothes made him expect a sweet old lady. Instead, she used her time to attack his comic stereotypes of the aged.

Kuhn was not part of the “forever young” contingent.  She disapproved of altering your appearance to look younger (no hair dye, no plastic surgery) and talked frankly about the disabilities that came with age. When President Gerald Ford called her a “young lady,” she answered, “Mr. President, I am not a young lady. I’m an old woman.”  (143) Old people are old, she said. For her that was nothing to be ashamed of.