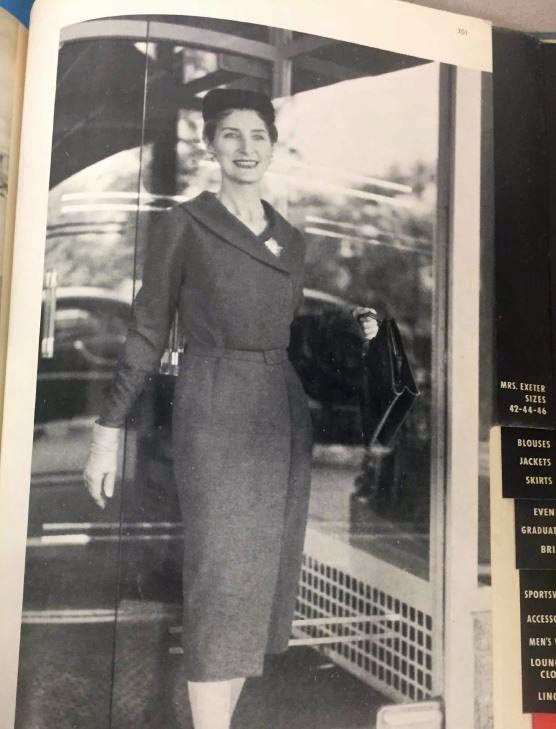 The stylish Mrs. Exeter never had her own pattern line—more’s the pity, I say.  But for older women who wanted a quick reference guide to patterns that might flatter their figures, Vogue pattern catalogs started to include a “Mrs. Exeter” section in January, 1956. The fashion photographs in the catalog came straight out of Vogue magazine, like the one above from the October 15, 1955 issue. The models were tall and thin, but they did give the impression that they might be over fifty. 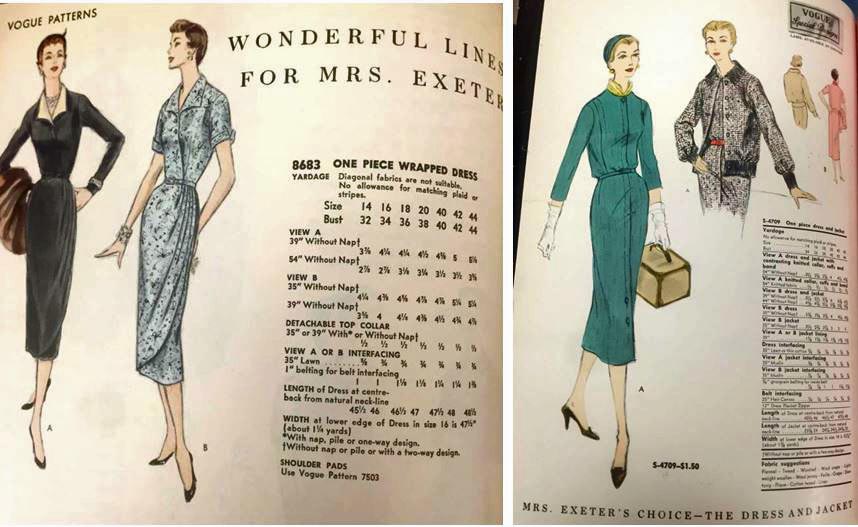 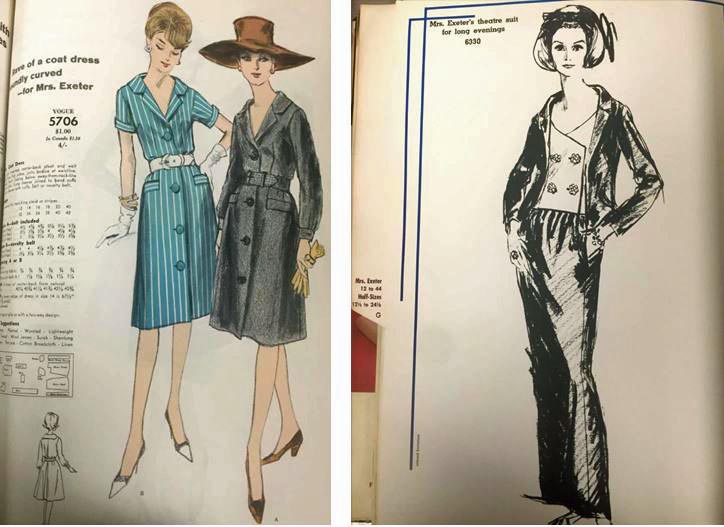 In the early 1960s, two big transitions changed the look of the catalog. First, the Vogue Pattern company was taken over by Butterick Patterns. That marked the end of photographs of an elegant Mrs. Exeter coming from Vogue magazine.  Second, the company finally began to offer half size patterns, a size range best suited to the older figure. The catalog tab now read “Mrs. Exeter 12 to 44; Half Sizes 12 ½ to 24 ½.” 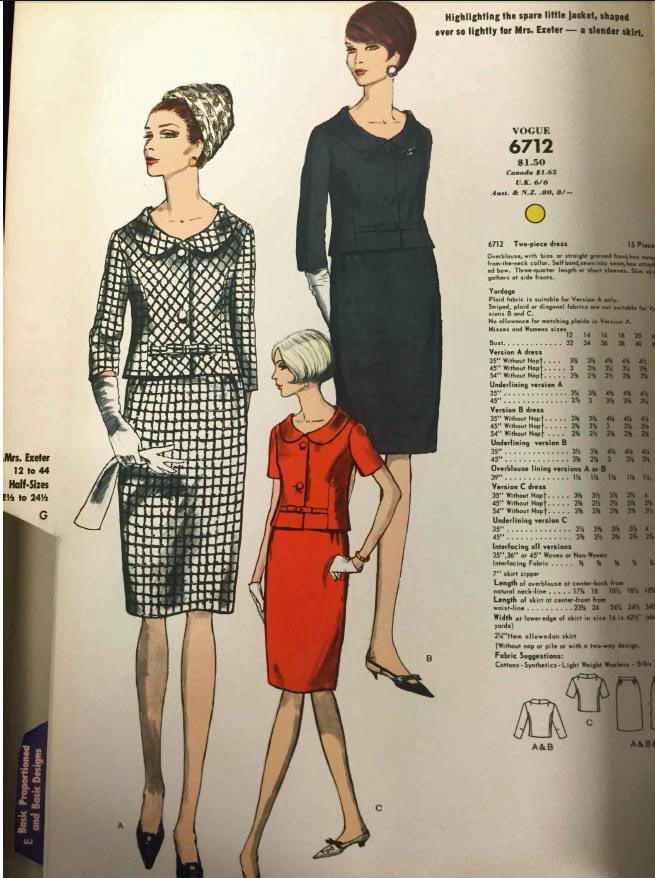 I was amazed to discover that the Mrs. Exeter section in the catalog lasted until 1967.  That’s a good five years after our older icon disappeared from Vogue magazine and from Vogue Pattern Book! Did she have a large enough following that pattern buyers did not need to be reminded of who she was?

Sadly, no one replaced Mrs. Exeter. After early 1967, the catalog tab simply read “Women’s sizes,” and featured clothes at the large end of the pattern range.  The idea that there might be special lines that appealed to the older figure, regardless of size, had disappeared. It would take Vogue Patterns some time to begin designing specifically for the older woman again.

A May Gathering, 1953
Too Much Tinsel, Not Enough Tree
Sewing Classes in Chicago, ca. 1960
This entry was posted in 1950s, 1960s and tagged Mrs. Exeter, sewing. Bookmark the permalink.

2 Responses to Mrs. Exeter in the Vogue Pattern Catalog