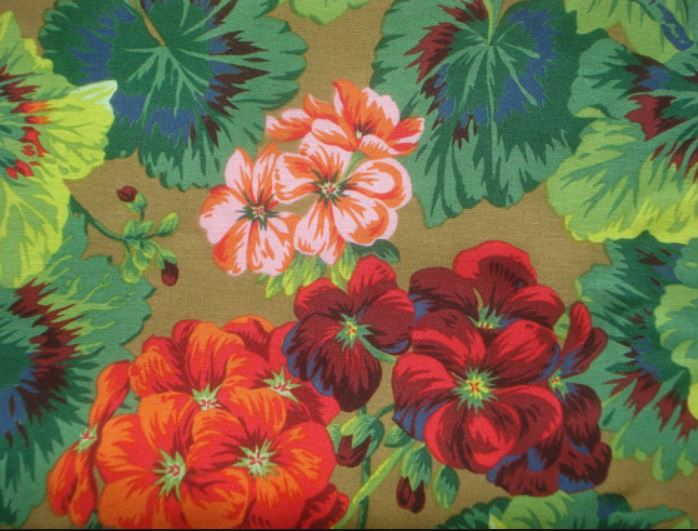 I found Elizabeth Strout’s Pulitzer Prize winning novel Olive Kitteridge quite by accident at my local library’s used bookstore. It examines a difficult woman growing old, starting at a tough spot in her marriage on through to widowhood. Olive is an unusual heroine. Often abrasive to her husband and son, she has a sixth sense about the troubles of children under her care when she was a teacher. She deals with stress by eating, with donuts a favorite treat. Olive is big and she’s old—and both are essential to the story.

It is always stressful when a favorite novel is put on film, and I was uneasy when HBO put out a miniseries based on the book. The four part series won many prizes, but I thought a lot was lost in translation. My biggest problem was that the short and slim actress Francis McDormand, who plays the title role, doesn’t look anything like my vision of Olive.

Let’s compare two versions of the scene where Olive makes her own dress for her son’s wedding. In the book, her fabric choice is a green muslin decorated with big red geraniums. She knows the dress doesn’t make her look slim, reflecting “right now she probably looks like a fat, dozing seal wrapped in some kind of gauze bandage.” (62) Still she is wounded when she overhears her new daughter-in-law criticizing her dress. “And there is the sting of deep embarrassment, because she loves this dress. Her heart really opened when she came across the gauzy muslin in So-Fro’s; sunlight let into the anxious gloom of the upcoming wedding; those flowers skimming over the table in her sewing room.” (70-71) 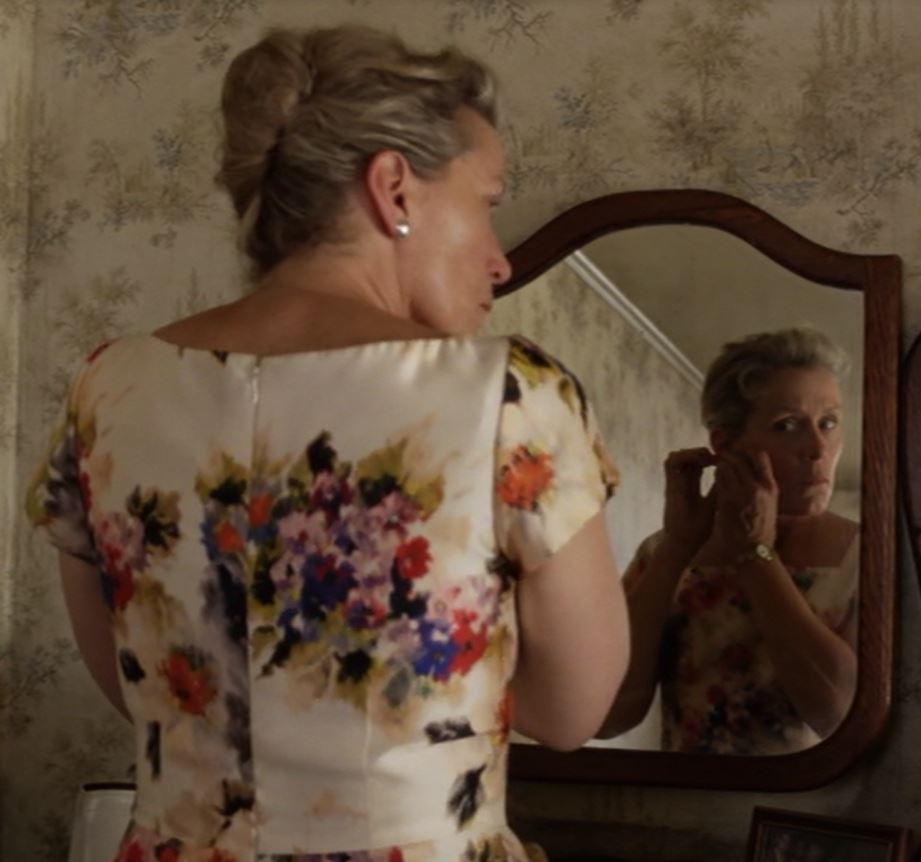 In the film Olive makes her own dress because she says she’s cheap, not because she loves the fabric. The final product is from a shiny white polyester-looking fabric, not green gauze, and the flower pattern isn’t nearly as bold as I imagined. And of course Francis McDormand simply can’t look big. What’s inappropriate about the dress in the film, at least from my point of view, is its poor construction. There are telltale hints of amateur dressmaking, including a mismatched print, wavy hem, and wrinkles around the neckline.

I know I should be grateful that a film about a difficult older woman was made at all.  But if you would like to meet Olive Kitteridge, I suggest you read the book.

Split Vision on Aging in the New York Times
Book Review—This Chair Rocks; A Manifesto against Ageism by Ashton Applewhite
Koko Beall—A Life in Fashion Design
This entry was posted in 2000s, 2010s and tagged popular culture. Bookmark the permalink.