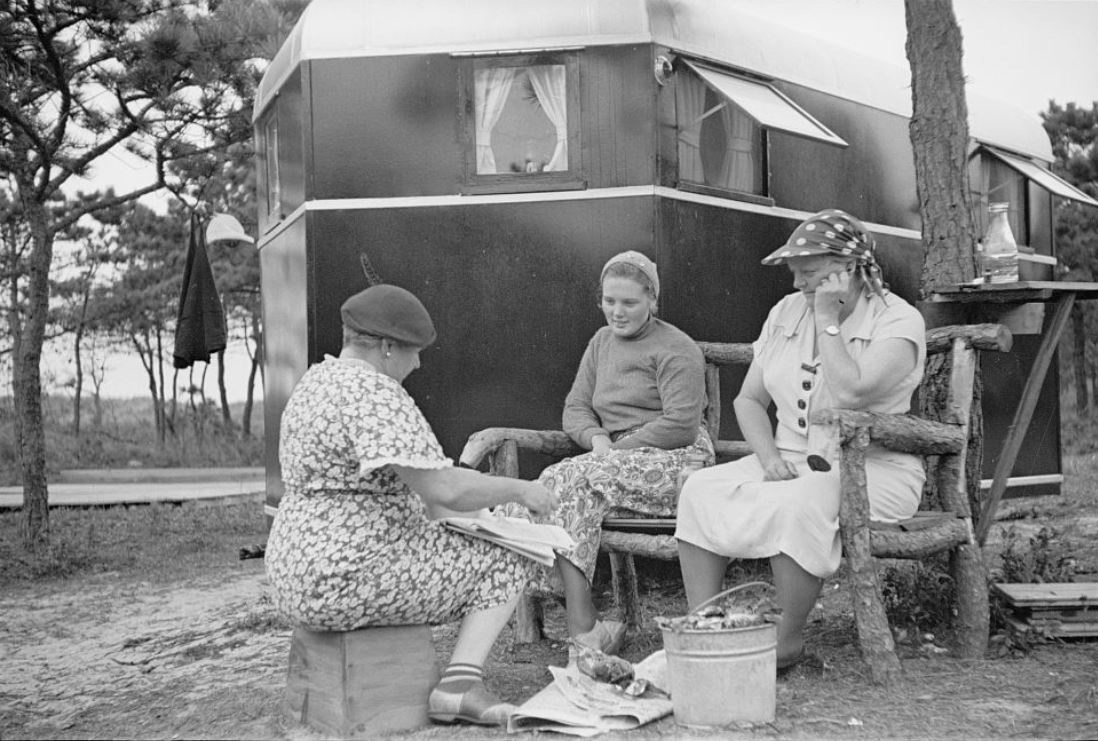 This photo by the Farm Security Administration photographer Carl Mydans is part of a series about an auto camp on Cape Cod, Massachusetts. Car camping began as a popular vacation option in the 1910s, according to this fascinating article in the Smithsonian magazine. While most campers were vacationers, during the Depression some moved into mobile homes for good. I wonder if the people depicted in Mydans’ series were permanent or temporary residents.

The older woman in front wears a printed dress with lace trim.  The loose sleeves make me think it might have been a house dress.  She has added a beret at a jaunty angle, and very worn saddle shoes with socks. Is she reading the newspaper or using it to clean fish? Her older companion on the right wears a solid colored dress in a typical thirties style. It looks like she has added a pin over the top button for modesty, or perhaps to replace a missing button.  Her head covering is one that I associate with golfing, a combination visor and head wrap.

It is early September in this picture, and the younger woman in the center has already put on a sweater.  Where will they be when the weather really turns cold?

3 Responses to Auto Camping in Dennisport, 1936