Teddi Winograd and Teddi of California 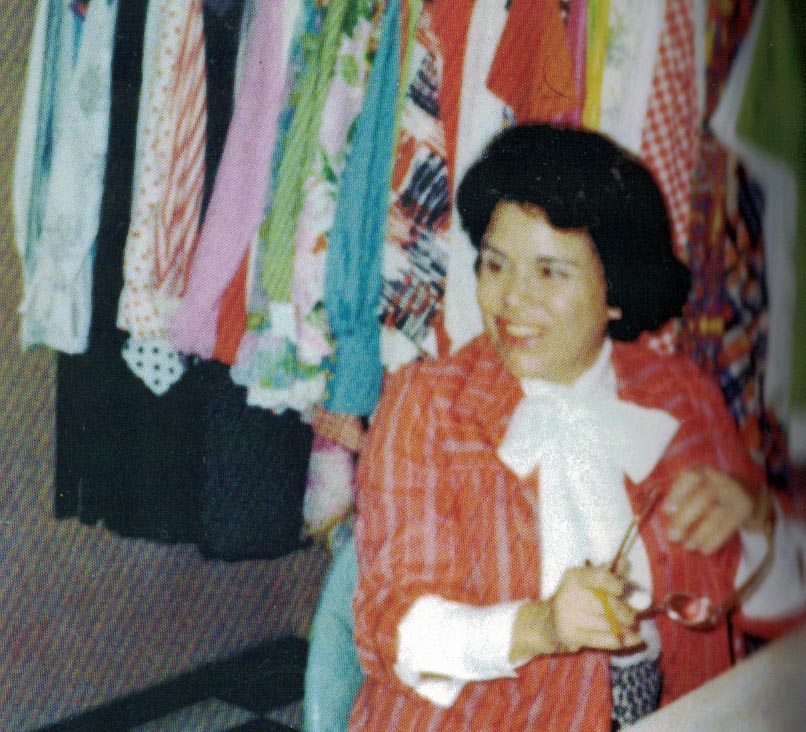 All photos From My Life in Pictures by Teddi Winograd

Just when I think that I have a basic knowledge of California sportswear, I discover something new. The brand Teddi of California, started in 1962, was featured in the June 1966 issue of California Stylist.  It was already doing big business and remained a feature of the California fashion scene for decades.

Teddi Winograd (1919-2007) already had a long career in fashion when she and her husband moved from the East Coast to start their own business. Her specialty had been blouses, and that was the first focus of Teddi of California. Later the company expanded to include all kinds of women’s sportswear and a plus size line.

In her chatty autobiography, Chit Chat This ‘n That: The Rocky Road to Success, (2000) Winograd credits the success of her company to her background as a sales representative.  She learned to listen to buyers and to department store sales staff.  Rather than following fashion trends, she followed sales figures.  A version of a ruffled collared blouse stayed in the company’s collection for two decades. She also listened to the garment stitchers to discover how improvements could be made.  The company was a progressive employer, offering pensions and support for college plans. 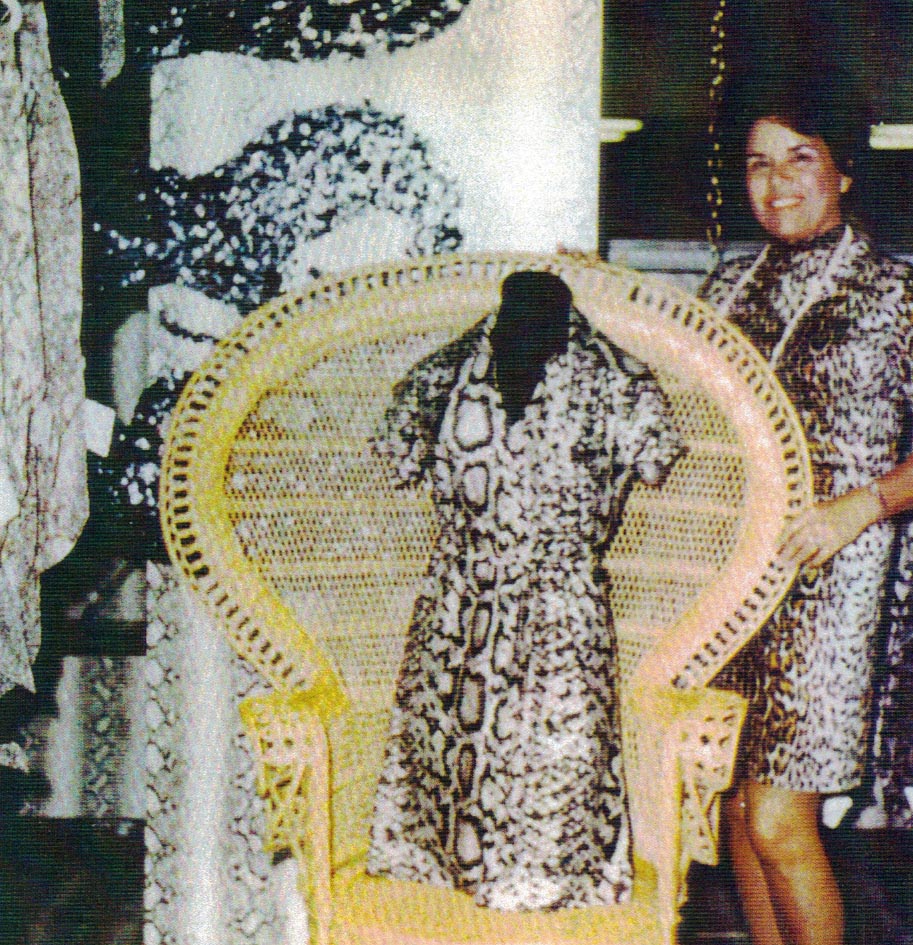 Teddi Day at the May Company

Teddi Winograd’s personal aesthetic, which leaned towards color and print, was a good match for California styles.  She was her own best model. Company ads in Southern California newspapers show that she made personal appearance in department stores.  By the 1970s, big chains like the May Company were hosting “Teddi Days,” where she would come to show her new line.

Early on, the company added a plus sized line called Lady Winn at the suggestion of a sales woman. It eventually represented a third of the company’s sales. Teddi Winograd also kept a close eye on the specific needs of older women. One dress was nicknamed the Menopause Special because its long ties were handy to use as fans during hot flashes.  (Unfortunately, I couldn’t find an image for this!) 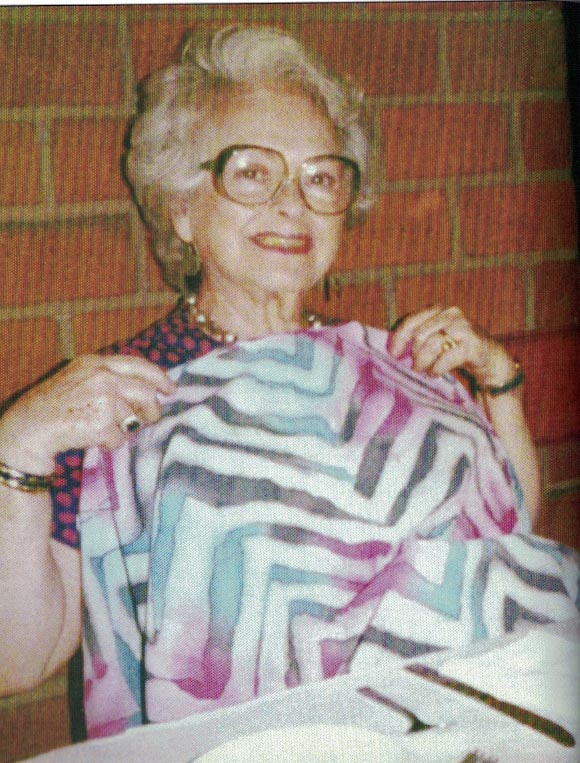 The side tie shirt, pictured above, was very popular with the older set.  “I discovered why it sold so well,” she writes in My Life in Pictures. “First, it had a cap sleeve that covered an often unflattering part of a woman’s under arm. Secondly, it had a cowl neck which covered the third wrinkle of a woman’s throat. Most importantly, the side-tie camouflaged a protruding tummy.” (154).

The Winograds retained control of their company until the late eighties, when production began to move to China. Dealing with department stores became more cut throat. She tells a funny/sad story of an instance where the Broadway department store copied one of her best selling designs.  By the time it arrived from China, the trend had passed. Incredibly, a Broadway manager asked Teddi of California to pay to take the blouses back.  Instead of trying to adapt, Teddi and her husband Sam got out of the business. The company finally closed in 2003.

1 Response to Teddi Winograd and Teddi of California