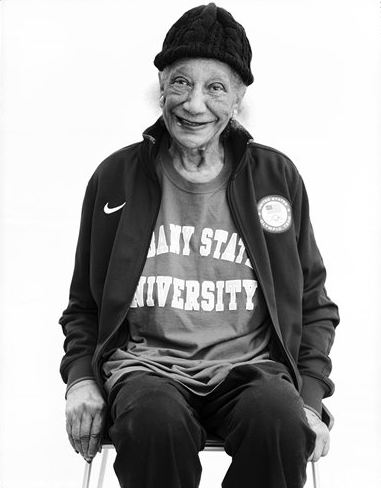 Alice Coachman was the first African American woman to win a gold medal, a feat she accomplished in the high jump in London in 1948.  She died in 2012.  In the New York Times photograph above she is dressed in exercise gear, but other photos show that she that had a great style in street clothes. 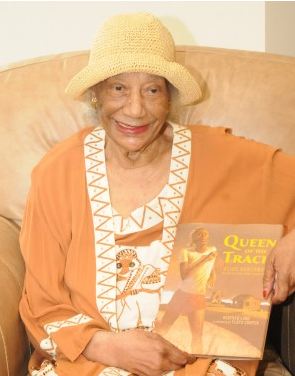 Coachman grew up in segregated Georgia and was prohibited from using public sports facilities.  Recognized early for her athletic abilities in track and field, she got training at historically black schools—first at the Tuskegee Institute High School and then at Albany State University. In 1948, she was the only American woman to win a gold medal.

Alice Coachman did not continue her career in track and field.  Instead, she became a high school teacher and raised a family.  She also started a foundation to help young athletes dreaming of Olympic careers.  That’s a life well lived, I’d say.

The New Look and the New Waist Line
At the Trailer Park, 1948
The Evolution of the Slacks Suit in Montgomery Ward Catalogs
This entry was posted in 1940s and tagged African American, Georgia. Bookmark the permalink.