Hijinks at the Bowling Alley, 1950s 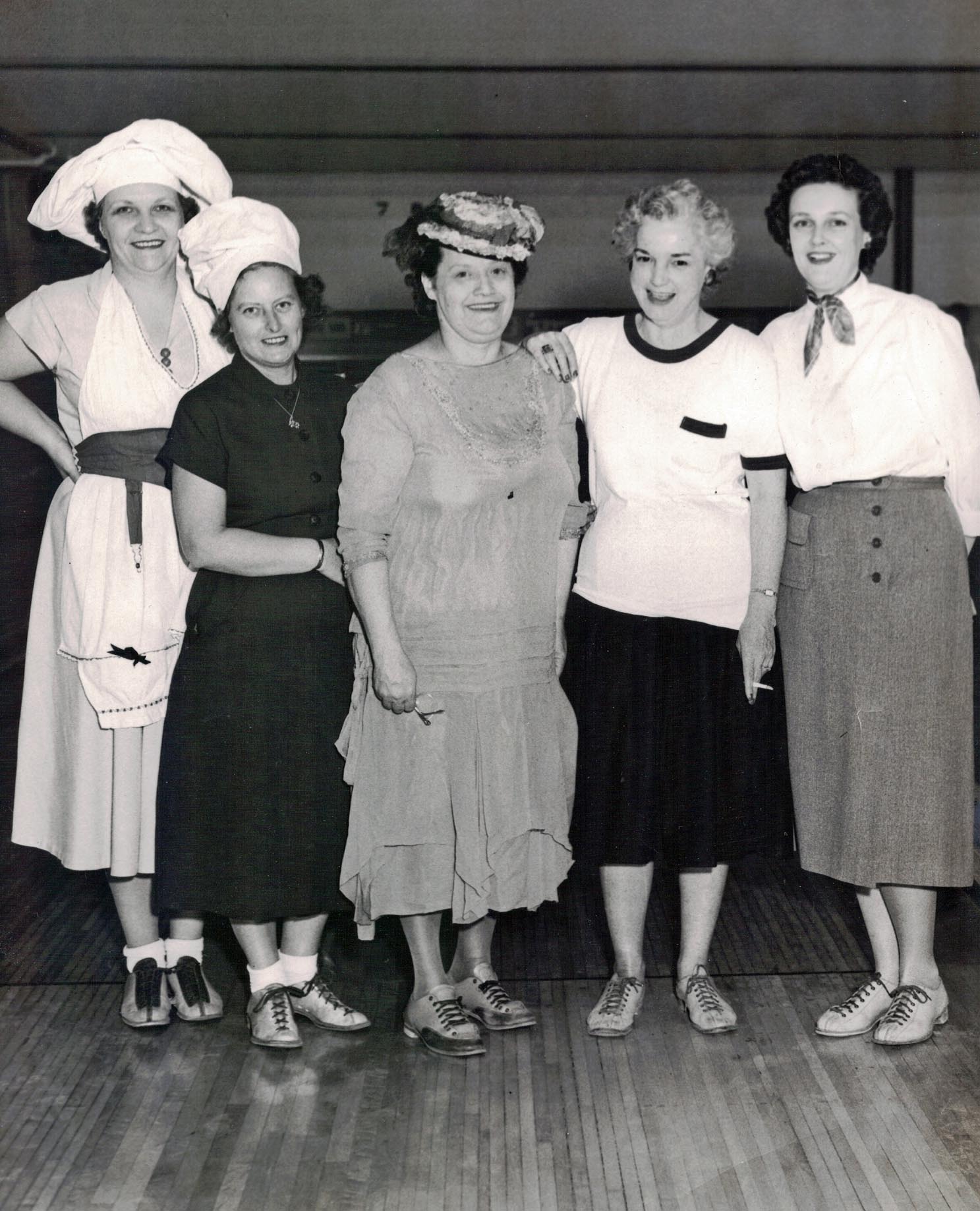 Although their silly outfits don’t advertise the location, these women’s shoes and the flooring they stand on indicate that the photo was taken at a bowling alley.  Because of their costumes, it wasn’t easy to date the picture. But the expert Lizzie Bramlett felt that the picture came from the fifties, judging by their similar hair dos and make up.  If that’s the case, the woman on the far right might not be in a costume at all.

Bowling was a very popular sport for American women throughout the twentieth century.  The International Women’s Bowling Congress opened in 1916 and still holds national championships today. 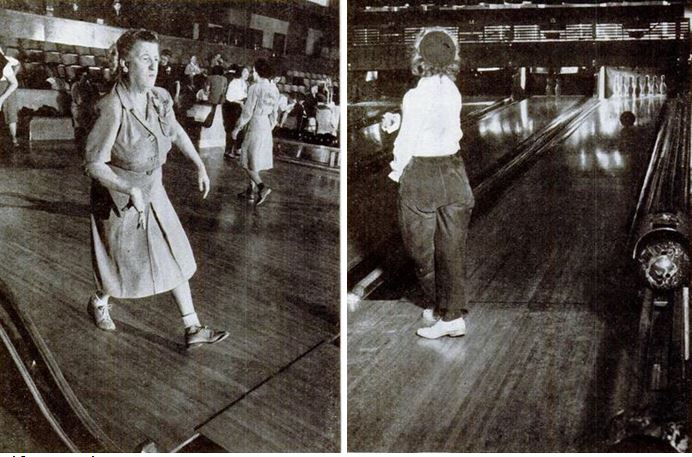 If photos in Life magazine are any guide, women kept bowling well into their later years. Older bowlers wore skirts and dresses, while younger competitors put on pants. A decade later, some older women would don pants as well.

This entry was posted in 1940s, 1950s and tagged sportswear. Bookmark the permalink.