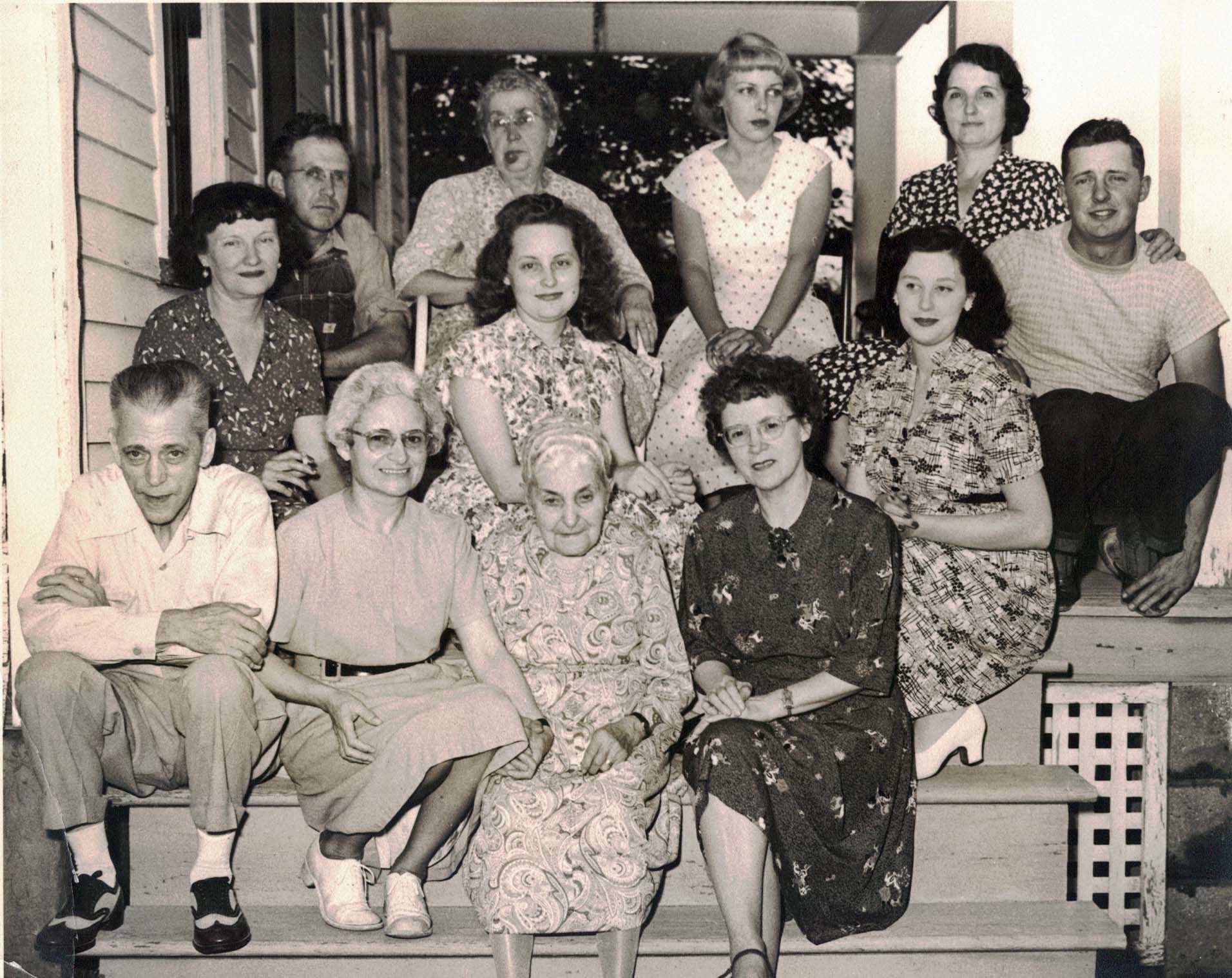 Written on the back of this large eight by ten inch photo is “Lottie and Mother, June 1 1951.”  I’m guessing that this is a birthday party or family reunion in honor of the old woman, center front.  She is surrounded by her children, grandchildren and spouses—a big clan.  The setting looks like the wide porches on Illinois farmhouses where I spent summers in my youth. The one man in the back left wearing overalls gives some credence to the farmhouse theory.

At the beginning of the twentieth century, fashion magazines and etiquette books advised older women to wear darker colors and small prints.  Those guidelines certainly don’t apply here.  The oldest woman is wearing the largest print, a light colored paisley pattern.  It is the youngest woman who has on the smallest print, the disaffected glamour girl in dots in the back row who appears to be wishing she were someplace else.

What a range of patterns here, from the classic paisley and polka dots, to novelty prints (a shamrock confection in the back; knights on horseback in the front), to florals and geometrics in between.  I tried to find facsimiles of the prints. These two swatches (approximations only) give an idea of just how colorful the gathering must have been.

In the midst of this riot of pattern and color, the older woman to the left of the grandmother has on what looks like a skirt and blouse combination in a plain fabric. Where did she get her fashion ideas?  It looks like she dropped in from another decade.

The Menopot—a Record in Pictures
Life Imitates Art—Molly Goldberg Fashions
Getting Out the Vote, 1956
This entry was posted in 1950s and tagged generations, textile patterns. Bookmark the permalink.