Book Review: The Woman I Wanted to Be by Diane von Furstenberg 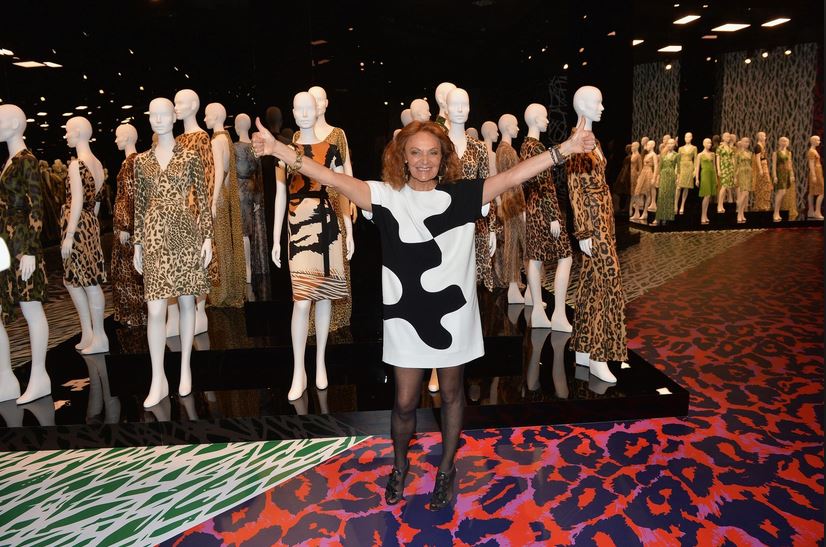 Journey of a Dress Exhibit, 2014. Photo by the Los Angeles Times

Back in the days when I wore dresses, I didn’t find the wrap dress very practical. When I wore it, the style was given to constant wardrobe malfunctions both on the top and the bottom. Since Diane von Furstenberg’s career is built on the wrap dress, I approached this book with some skepticism.

It is really two books in one. The first part chronicles her life story—her challenging mother, many love affairs, two marriages,  two children, and spiritual journey from an outwardly focused socialite to a more introspective woman. I did a lot of skimming.

The second half gives a frank assessment of the ups and downs of her business career, presented in three stages. Her first successes came when she was in her twenties and thought up her version of the wrap dress. Its phenomenal success brought in licensing agreements and fast expansion. In just five years, the bloated business collapsed, leaving her wealthy but unemployed.  During the second phase, she tried a number of different ventures—make up, on line shopping, a couture line.  It kept the money rolling in, but didn’t give her the recognition she wanted.  Finally in new millennium she relaunched her own clothing line, leaning once again on the wrap dress. Now she is an established feature of the American fashion scene.

Von Furstenberg is the first to admit that she had a lot of luck. She could trade on her aristocratic title, something many Americans admire. (She is a princess by marriage to the von und zu Fürstenberg family. One of many small princely families in the German speaking realm, it has not had any real political relevance since 1918.) She also had a lot of powerful contacts. But to give her credit, she came up with an excellent idea in her early days—combining a simple design with interesting prints on excellent fabric.

This book offers a mixed message on aging. On the one hand, Furstenberg writes about embracing her own aging process. She rejects plastic surgery and other radical interventions. “My image is who I am and even if I don’t always love it, I am intrigued by it and find the changes interesting.”(134) On the other hand, she judges her own success by how well her clothes resonate with young women. The clothing needs of the older women—at least those not as slim as she is–don’t get a mention.

I attended the “Journey of a Dress” exhibit in Los Angeles in 2014, which documented the many iterations of the wrap dress. Although many people raved about it, I found the overdesigned display distracting. There were reproductions of fabric prints on the floors and the walls framing platforms filled with her iconic designs. But every so often, when I could focus on just one thing, I could appreciate that Diane von Furstenberg as an accomplished textile designer. Maybe one day we will get a glimpse into her archive of textile prints.

4 Responses to Book Review: The Woman I Wanted to Be by Diane von Furstenberg