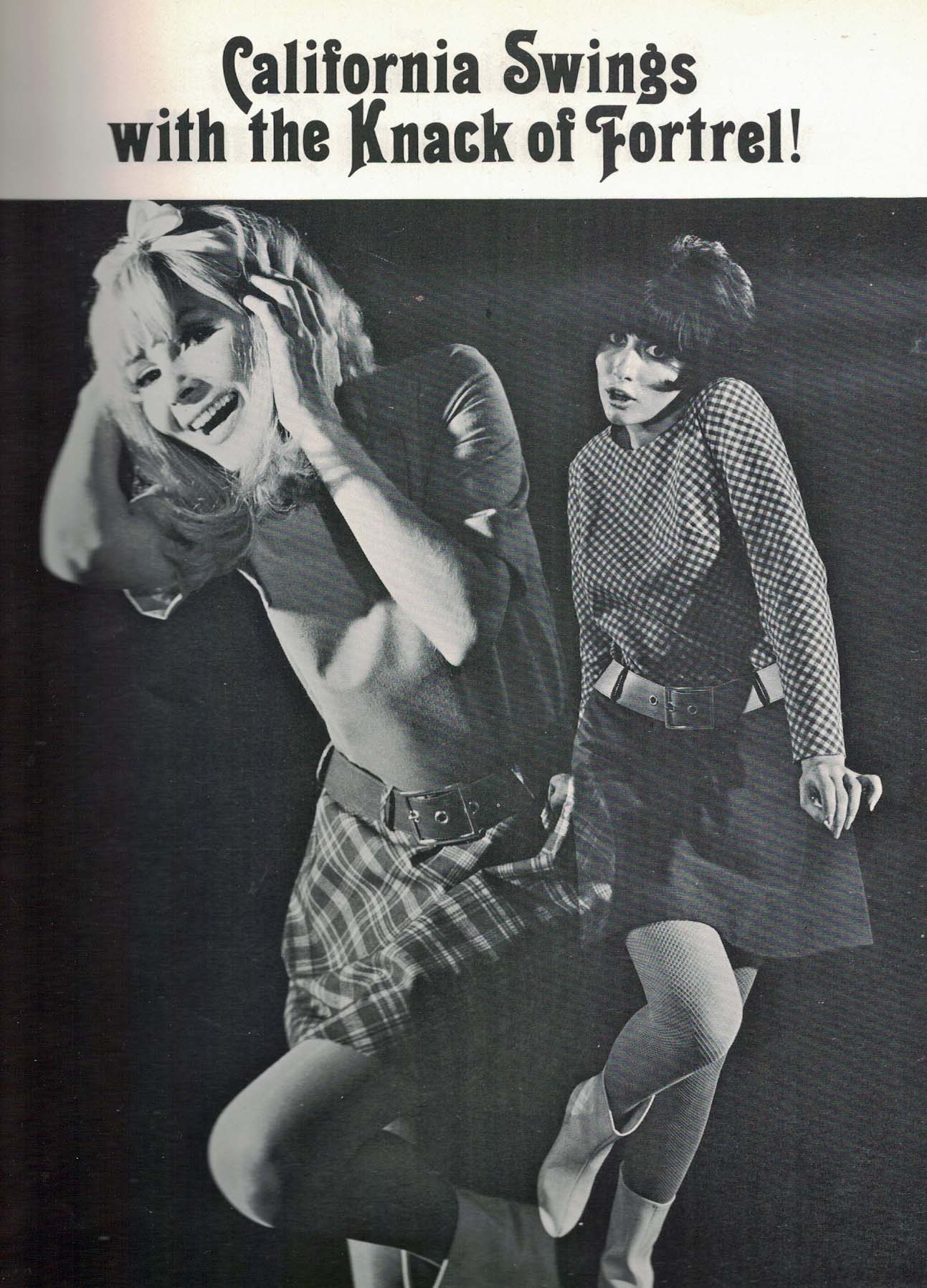 Although synthetics began to make their way into American clothing after World War Two, I have always thought that they did not really triumph until the 1970s.  All those leisure suits and disco outfits in bright, indestructible fabric seemed to mark the victory of polyester and its cousins over natural fibers.

However, a June 1966 issue of California Stylist, magazine of record for the West Coast garment industry, has made me question my assumption. Almost 2/3 of the 66 fashion ads mention synthetics. Fortrell had an eight page spread showing how different designers used the textile. An editorial tucked into the back offered this frightening prediction: “By 1970, it is believed, over one billion pounds of polyester fiber will be consumed annually.”

I began to wonder if the synthetic fiber industry hadn’t financed this particular issue of the magazine.  To get another point of view, I thumbed through my Sears catalog reference books on the sixties hunting for fiber content.  I found very little wool, a respectable amount of cotton (corduroy was well represented), but also quite a bit of nylon, acrylic, acetate, polyester, and blends. These books feature just a small sample of the company’s offerings, but there were enough synthetics to make me think that maybe California Stylist wasn’t all wrong.

Might there have been a generational split between those who wore synthetics and those who didn’t? The few ads in California Stylist featuring clothes that might have appealed to the older crowd—suit and coats instead of mini-skirts—were made in cotton and wool.  But the Sears catalog doesn’t bear this out.  There even the clothes for an older demographic were mainly made from synthetics.

So do I need to change my mind?

The World of Mrs. Exeter
The National School of Dress Design
City Mother—Dorothy Chandler
This entry was posted in 1960s and tagged California, textiles. Bookmark the permalink.

3 Responses to Those Polyester Sixties?