A Look Inside my Closet 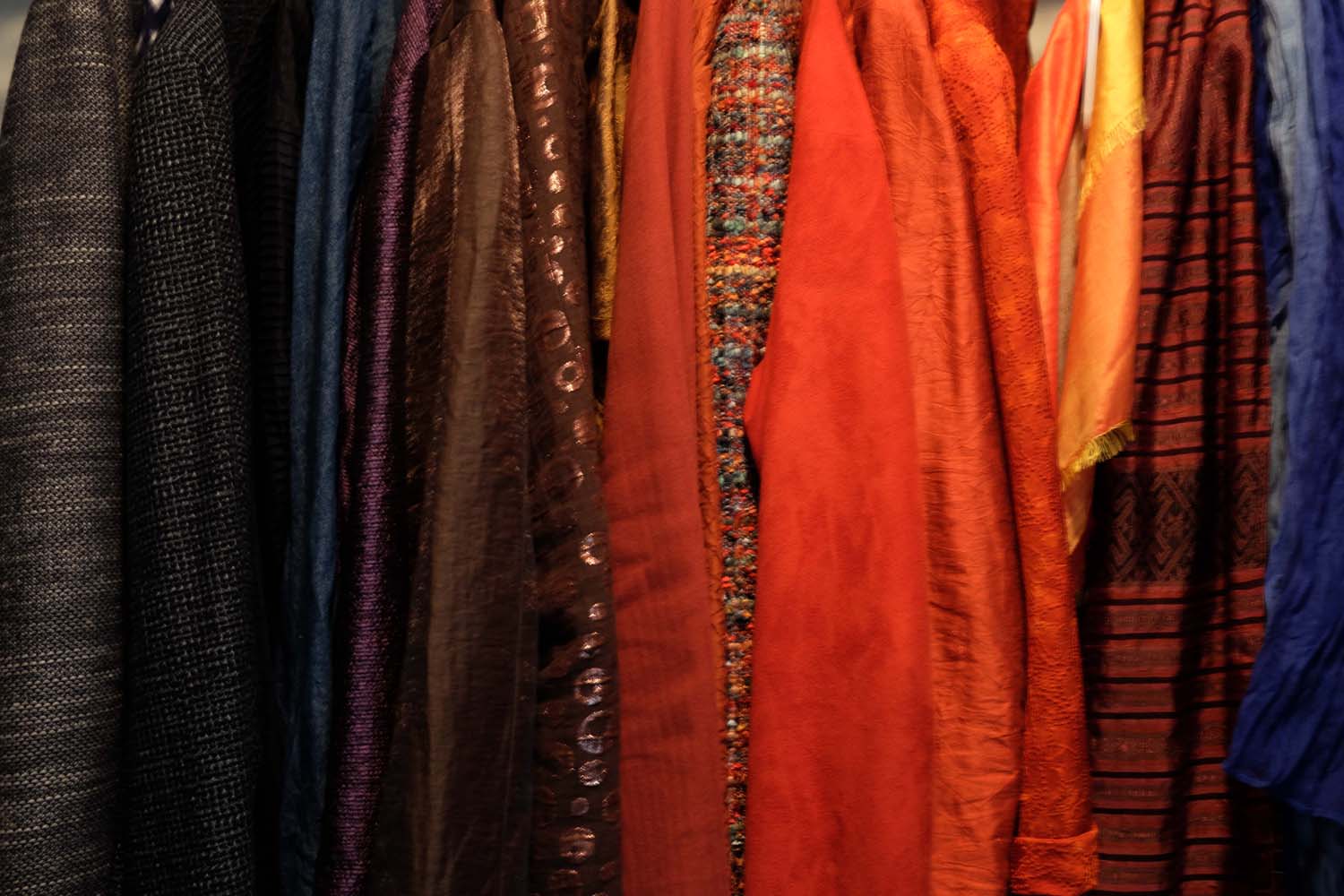 I don’t participate in the social media phenomenon called “Me Made May,” where sewers from around the world show off their homemade clothes.  Since I sew most of what I wear, I figure there’s nothing special about May for me.

But inspired by Lizzie Bramlett, as I often am, I thought a closer analysis of my closet was in order. Do I overestimate how many clothes I’ve made?  To find out, I did an inventory of what I’ve bought new, what used, and what I’ve made myself.  And since sewing alone will not save the planet, I paid attention to which of my homemade items came from recycled textiles.

There are a  grand total of 64 clothing pieces in my closet–and that’s everything I own. Long before the Kondo method, I was an energetic closet purger.  To be honest, though,  there are piles of fabric in other closets waiting to be transformed into clothes. 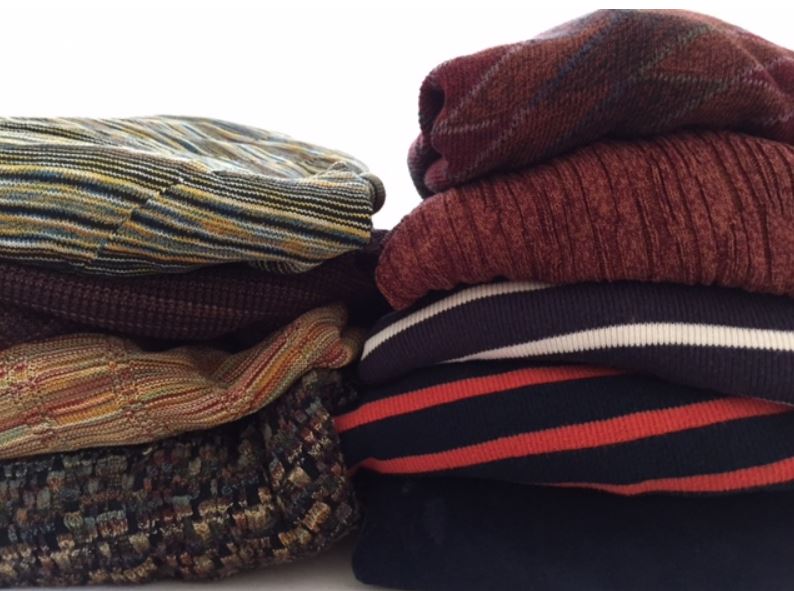 Some of my knit Tops

You won’t find any dresses or jumpsuits in my closet. I have a uniform style of dress consisting of just three kinds of clothes, an outer layer (usually a jacket), a top, and pants. Iris Apfel would call it boring, but it works for me.  In the late fall, winter, and spring my outfits consist of an outer layer, a knit top, and usually knit pants.  In the long Southern California summer, from June to late October, I wear woven pants and a woven top. When I want to jazz things up, I add a scarf (I own 32).

The used items in my wardrobe mainly come from eBay—except for an occasional nip and tuck I wear them just as I receive them in the mail; the “recycled” clothes come either from fabric bought at yard sales or used clothes that I cut up and remake.

Here is the breakdown of my possessions. I have 21 outer layer pieces, including 18 jackets.  Of these, 5 are used and 5 recycled.  My collection of tops, 30 in all, include 10 recycled creations, 2 used and 2 new.  Although I wear knit pants more often, I was surprised to learn that my pants collection is evenly divided between knits and woven.  Three of my 12 pairs were bought new, 1 bought used.

What’s my environmental record?  Only 6% of my clothes were bought new, 11% bought used, and the rest made by me–83% of everything I own. Of the clothes I made, 23% were constructed of recycled textiles.  Not bad!  But I could do better.

What’s in your closet?

This entry was posted in 2010s and tagged About Me. Bookmark the permalink.

4 Responses to A Look Inside my Closet