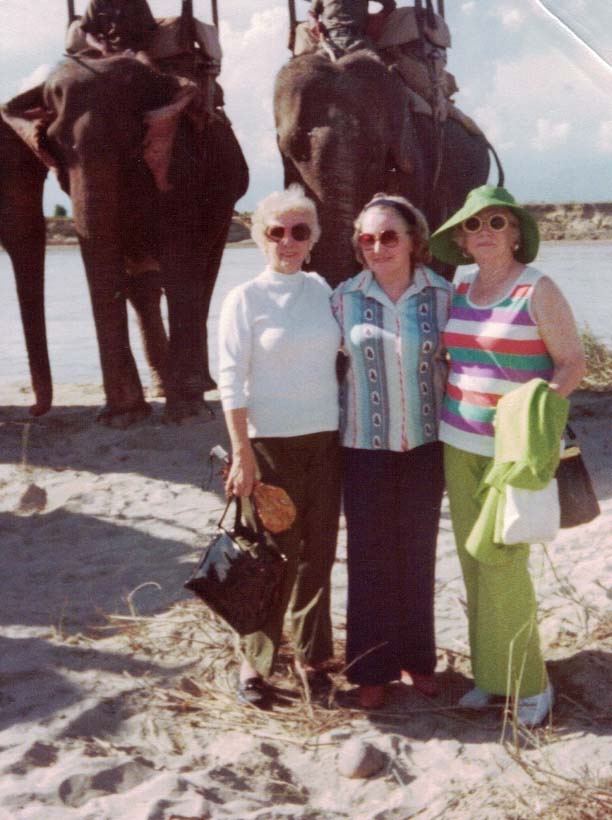 How fitting that this photo of three women adventurers was sent to me by Lizzie Bramlett of the blog The Vintage Traveler.  Lizzie has sent me many snapshots, but this is by far the most exotic.

A handwritten message on the back of the photo reads, “Just before we climbed aboard for the Jungle game drive, Tiger Tops Nepal, Oct. ’79.”  Tiger Tops still exists, and there are still elephant safaris.

On display are three styles of travel dressing by older women—“just the basics” on the left, “adding bright details” in the middle, and “I love color and I don’t mind being looked at” on the right.

The woman with the simplest style wears a white turtle neck, olive green pants, and dark loafers, a travel friendly combination.  The adventurer in the middle has moved a little beyond the basics. Her colorful shirt has a woven pattern in blues and red; she adds red shoes or sandals with a woven front like huaraches. 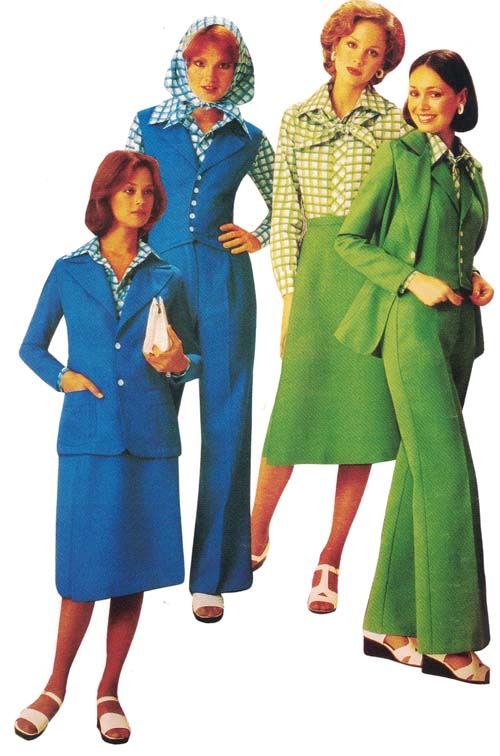 But our gaze is inevitably drawn to the woman on the right, who has decided to stand out in a crowd in her lime green pants and jacket. Since it’s the seventies, there is a very good chance that the combo is made of polyester, like the pants suits above from Sears sold in 1977.  To underscore her love of color, she has added a brightly striped top and a green hat. The one utilitarian touch is her white sneakers. 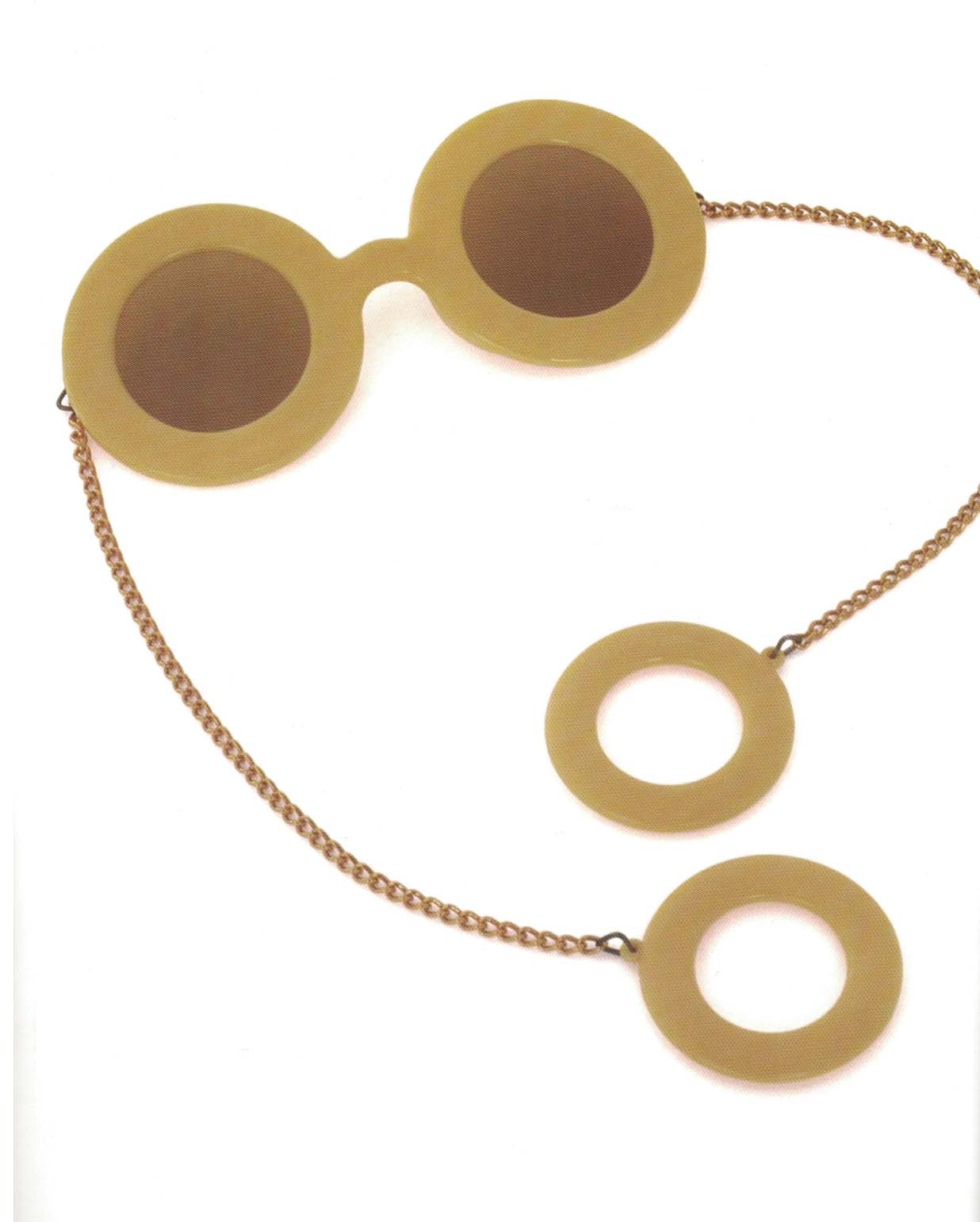 But who would spend time looking at her feet when she has on those fabulous sunglasses, in the round style favored by so many older women today. They were an unusual shape for the seventies, when big squareish styles were common.  Her pair has a sixties look, a distant cousin to this avant-garde creation by Pierre Cardin.  If Ari Seth Cohen of Advanced Style fame had been on this safari, we can guess which one of these women  would photograph.