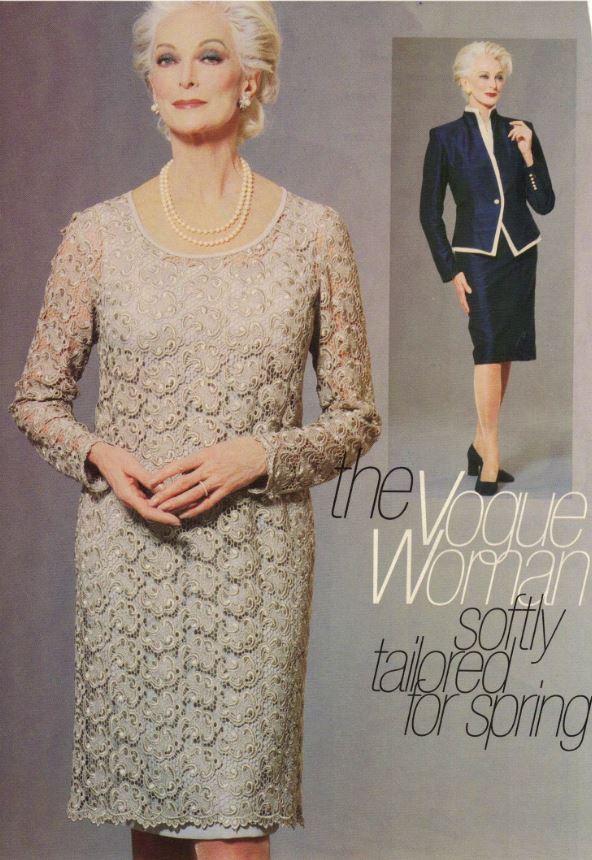 With all the fuss in the press recently about older models in the fashion world, you would think this issue was only invented in the new millennium. However, product lines aimed at the older set have long tried to find beautiful women of a certain age to sell their goods.  One of the most successful is Carmen Dell’Orefice (1931-), who started modeling with Vogue magazine when she was in her teens. Today in her eighties, she still sometimes walks the runway.

I first recognized Dell’Orefice on the cover of Vogue Patterns in 1960.  She started showing up again in the 1980s, when she was in her fifties, modeling clothes aimed at older women. Although she had a figure that most of us would envy, her once auburn hair was turning white.  When the Vogue Woman Collection was launched in the 1990s, she was a frequent model for the line. 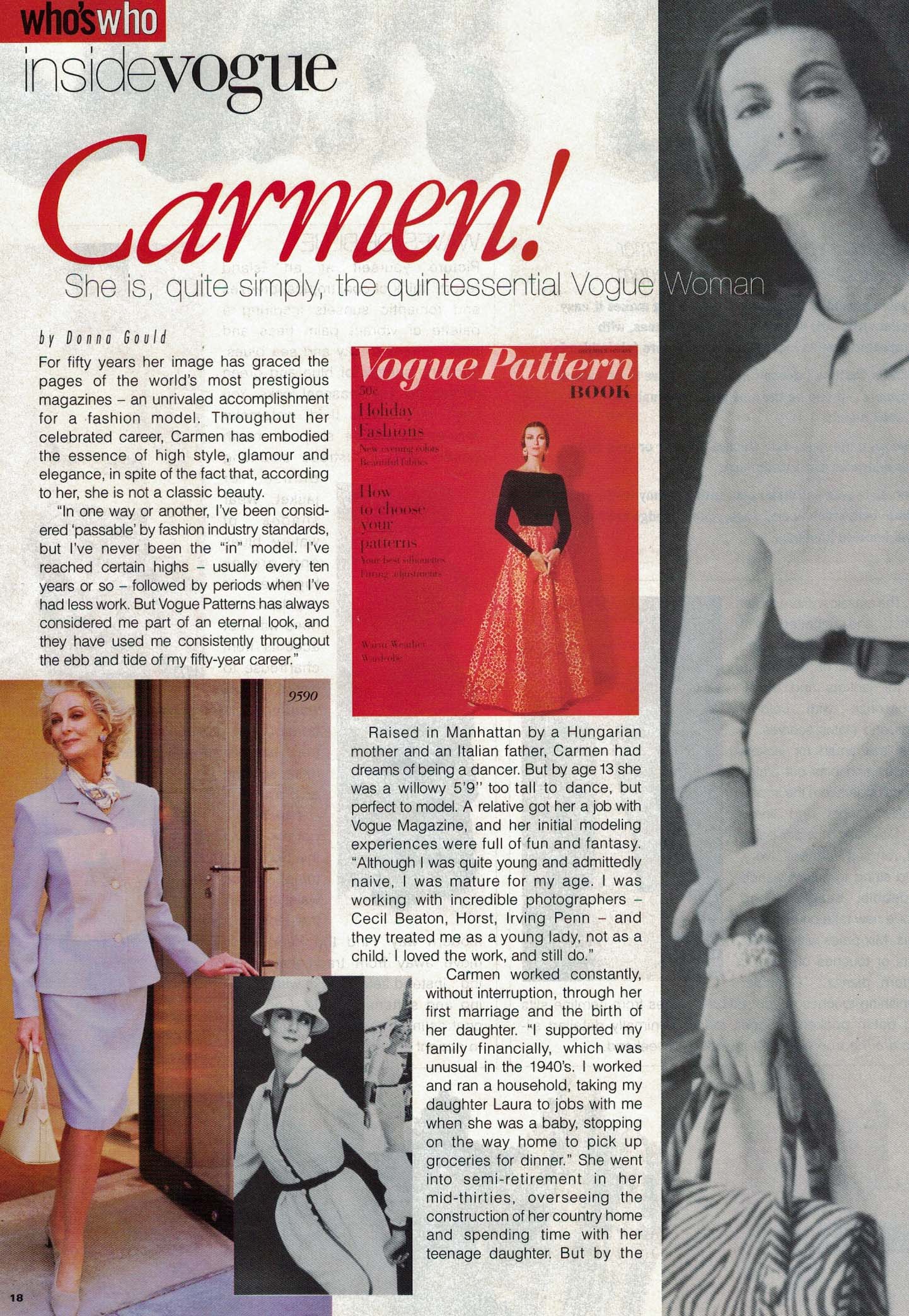 In 1997, Donna Gould did a piece for the magazine called “Carmen!” with the subtitle “She is, quite simply, the quintessential Vogue Woman.”  In it we learn that she herself is a seamstress, “sewing with Vogue Patterns for so long that she can cut basic pieces without using a pattern.” In the article, she comments that she was able to wear a green chiffon dress that she had made in the 1960s to a recent evening event.  “If something as right on you originally,” she is quoted as saying, “then it will always look right.”  (Yes, if it still fits, I thought.)

And why is there no Carmen Dell-Orifice, or someone like her, in Vogue Patterns today?

This entry was posted in 1990 and tagged sewing. Bookmark the permalink.